Here’s the skimboarding video edit of the 2014 DB Pro/AM by EqualMotion. This video features the music of Zion I and the song Coastin. You can watch Zion I perform the song live here.

The 2014 DB Skimboards Pro/AM took place on a beautiful Saturday afternoon at Dash Point, in Federal Way, Washington. To the surprise of no one Isaac Thomas took the pro division win again with his brother Josiah Thomas taking first in the amateur division. Bree Staab won the women’s division and Reed Shumpert won the amateur division.

Outside of the standings there was a ton of solid tricks landed by the likes of Devin Poulton and his madonna and Cardo Vega and the benihana. Adam Ballaam took 2nd in the pro division and although he didn’t have as many clean landings as Isaac, Adam put on one hell of a show. Cody Mauer from Utah also stood out by going big and landing a ton of tricks. Ruei Chiu from Taiwan also competed, so the contest had an international presence outside of the United States and Canada, which is always great to see. 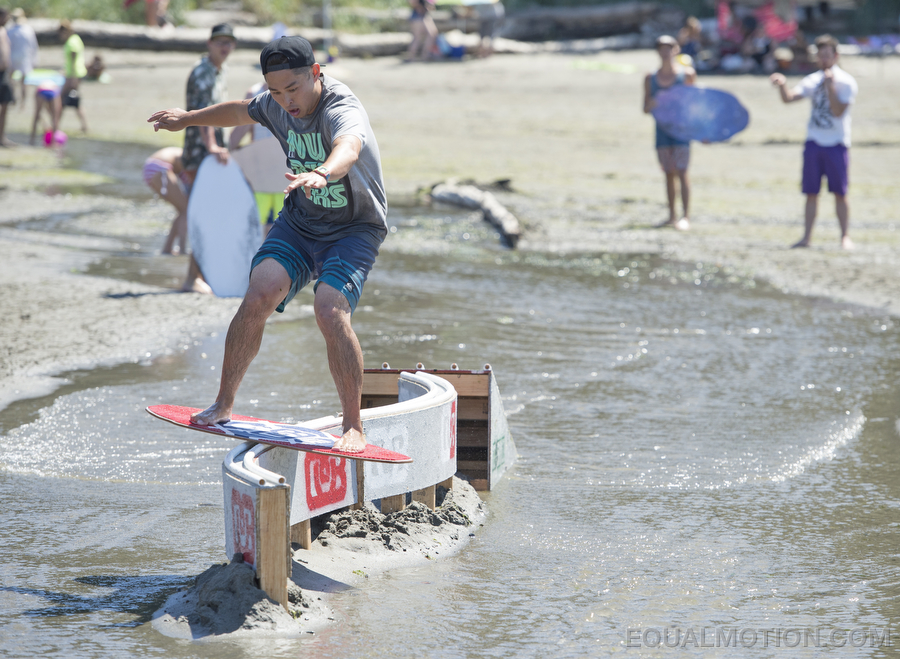 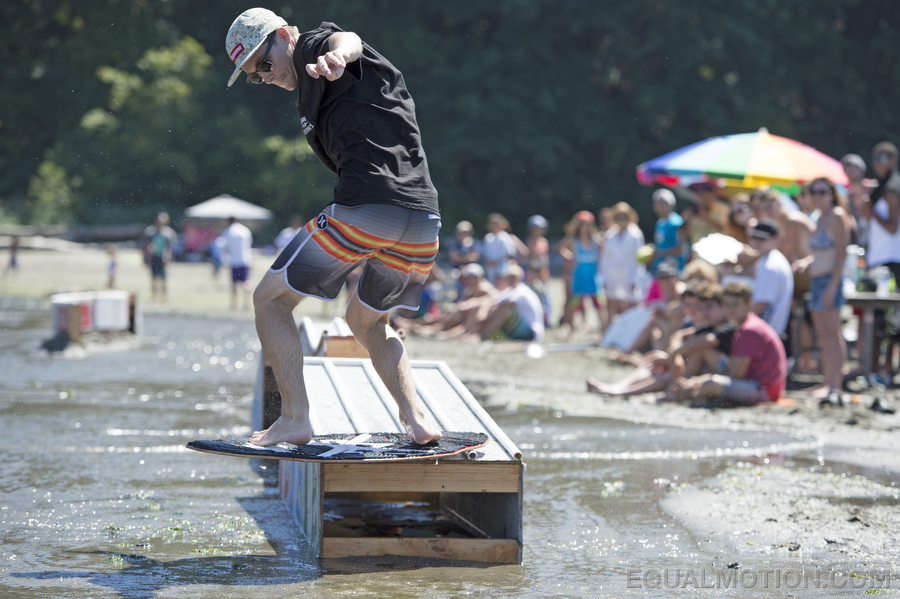 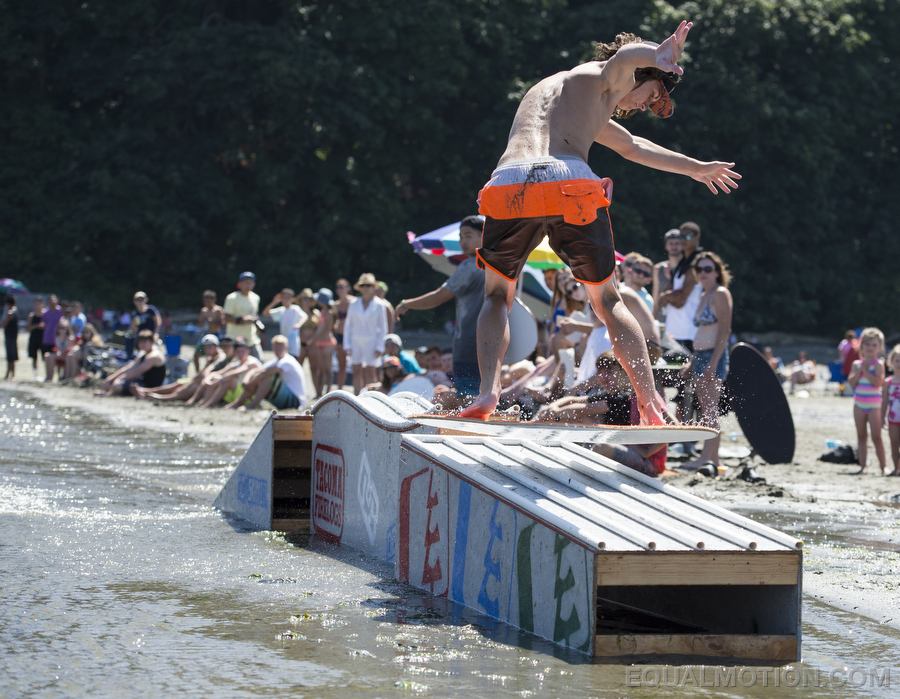 View all the photos from the contest here.