SkimChicks, a grassroots community organization dedicated to elevating and legitimizing female skimboarding, is hosting a series of art shows in the Orange County and Los Angeles areas throughout the rest of 2011. “Photographe Skimtastique,” is an art show combining photography, prints, oil on canvas, and athletes in costume and body art, all inspired by the women of skimboarding. The premiere show will be held on Friday, June 3 at Angels on Abbot Kinney gallery in Venice Beach, Calif. 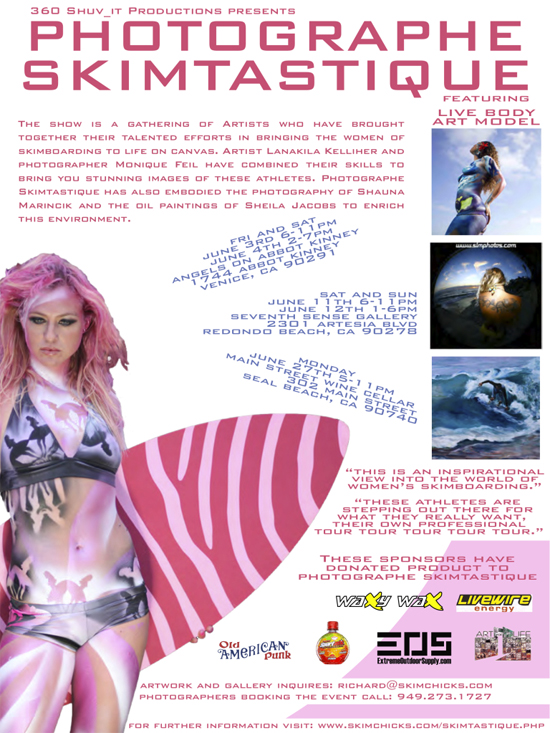 Each event will showcase the body paintings of Lanakila Kelliher of Lanakila Creations, combined with the photography of Monique Feil. Additional art works are contributed by Shauna Marincik, who has documented the SkimChicks previously, and esoteric oil paintings by Sheila Jacobs, mother of accomplished female skimboarder Jen Jacobs. Every piece is inspired by the sport of inland and ocean skimboarding.

The show is produced by 360 Shuvit Productions; the first installment of “Photographe Skimtastique” will be held on Friday, June 3, at the Angels on Abbot Kinney gallery, located at 1744 Abbot Kinney Blvd. Venice, Calif., 90291. Further inquiries from galleries or questions about the artwork should be directed to Richard Tibbetts at 323.544.5754. 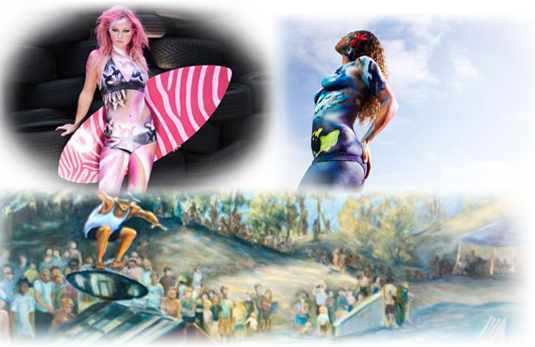 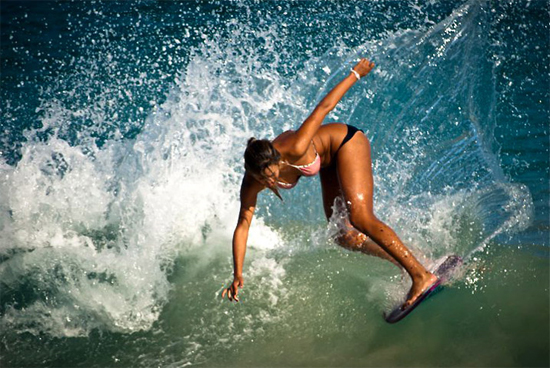 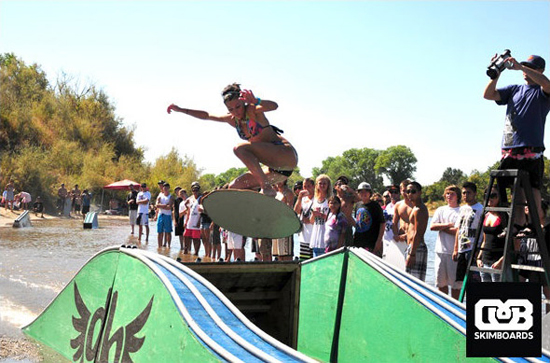