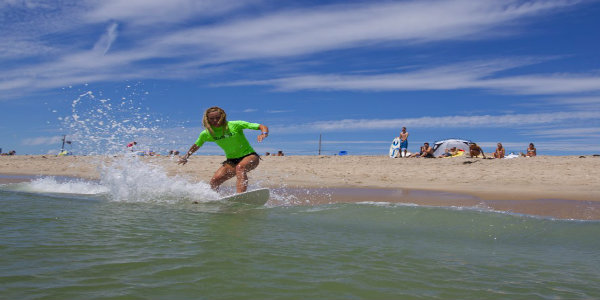 New Skimboarder Profile with 17-year old MacKenzie Nagy from Connecticut, USA. MacKenzie talks about the North East skim scene in America, the Northeast Skim Tour and shows us not only her love of the sport but that she has a heart of gold. Enjoy!

Words by Kelli Bean
Photos by The Burnt Life

Q: Where are you from?
A: Griswold, Connecticut, USA

Q: Flatland, wave rider or both?
A: Wave Rider

Q: Where do you normally skim and with whom?
A: I normally skim at Charlestown Breachway in Rhode Island. Most of the time I skim by myself unless I’m at a competition and then I skim with anyone. Everyone there is so open and friendly.

Q: Describe the skim scene in Connecticut for those of us who have never been.
A: To be honest I’m not sure what the skim scene is in Connecticut because the beaches in Connecticut are not the best by any means. That’s why I go to Rhode Island; better waves, better beaches, and better people. The skim scene in Rhode Island is growing and everyone is super stoked about it! More and more shops are beginning to recognize the up and coming sport and are getting involved. The Northeast Skim Tour has a few local sponsors such as Warm Winds Surf Shop in Narragansett, and The Town of Charlestown Parks and Recreation. East Beach and Charlestown Breachway are my two favorite spots, they have the best slope and waves that break right on shore so they are totally reachable and so fun to skim. 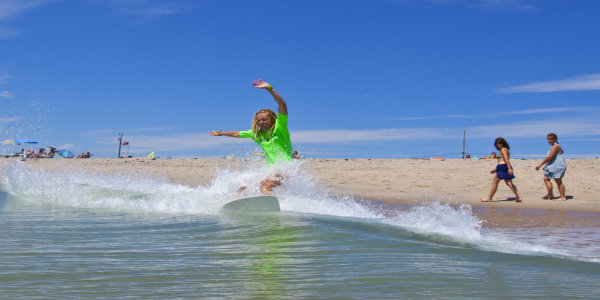 Q: Where would you love to travel to skim?
A: I would love to check out the skim scene in Florida and California, I know it’s totally sweet out there! I’ll make it out to Cali one day.

Q: Describe your contest history?
A: The summer of 2012 I found out about The North East Skim Tour and wanted to go watch just to see what it was about. I also brought my board to get some practice in while watching the competition. Next thing I know a guy comes up to me and asked me if I wanted to be in the competition because a girl had signed up and paid but she never showed. At first I said no, because I didn’t think I was good enough but then I thought about it and I decided to just go for it. I had the time of my life, so after that first stop I continued on the tour and ended up in second place. This past year there were only 2 other girls that showed for individual stops and I was the only girl who signed up for the full competition, so this year was a bit lame. However, I still had so much fun skimming with guys and enjoying doing what I love and hanging with some rad people!

Q: Tell us about the Northeast Skim Tour?
A: The North East Skim Tour is small but this past year we almost doubled in size which is great! There are a total of 4 stops throughout the whole tour. Starting off with stop #1 in Charlestown, Rhode Island, stop #2 in Wellfleet, Massachusetts, stop #3 in Seabrook, New Hampshire, and stop #4 the finals which is 2 days in Chatham, Massachusetts. This past year was a total blast but girls need to start getting involved in the skim scene. Even if you think you’re not good enough, just go for it! It’s all about having fun! After all, the North East Skim Tour slogan is “High Fives and Good Vibes!” Everyone here is so friendly and willing to help you. The skim scene here in the North East is growing but by spreading the word and getting people and girls out here skimming, we can expand so much more! It’s always such a blast on N.E. Skim Tour!

Q: How would you like to see the 2014 N.E. Skim Tour play out?
A: I would love to see more people show up and of course more girls! Skimboarding is mostly a male-dominated sport but that can totally change if girls just start getting involved. I know in Florida and California the women’s skim scene is much, much bigger but here in the North East it is still very small. I’m working on trying to get girls out for the 2014 tour. 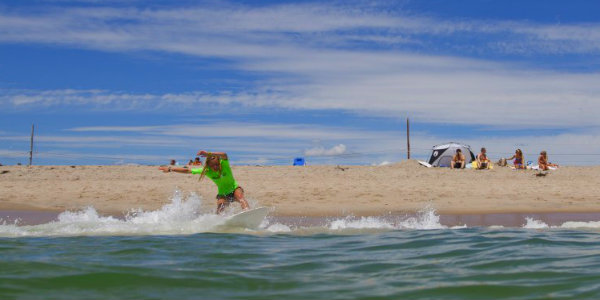 Q: What are some of your skim goals for the future?
A: I would like to get sponsored, I think that would be cool, but even more than that I want to become the best skimboarder I can be. I would love to help women’s skimboarding out and show that it’s not just a male-dominated sport. Women can rip too and it’s great that there is a women’s pro division!

Q: What other board sports do you partake in?
A: Besides skimboarding, I also skateboard, longboard and surf.

Q: Besides skimboarding, what makes you happy?
A: I love traveling! That’s one of the biggest things in my life. Ever since I was little, I’ve been traveling to Europe with my family and this past April (2013) I went on my first mission trip to Nicaragua and it was absolutely life-changing. I am going back again this April and hopefully Tanzania in the summer. I have applied to college and I’m going to be Majoring in Education but specializing in English as a Second Language so I can go teach English to children in Third World countries. Seeing the smiles and feeling the joy these kids give off is amazing!

Q: That’s amazing MacKenzie, keep it up! Last words? Shout outs?
A: Just a few shoutouts to Colter Miller from North East Skim Tour who got me into the tour. Mike Dowdell who has helped me tremendously with skimming, Kelli Bean for all the hard work she has put into getting women’s skimboarding recognized and of course my family for taking me to the beach all the time and driving all over the Northeast for competitions. 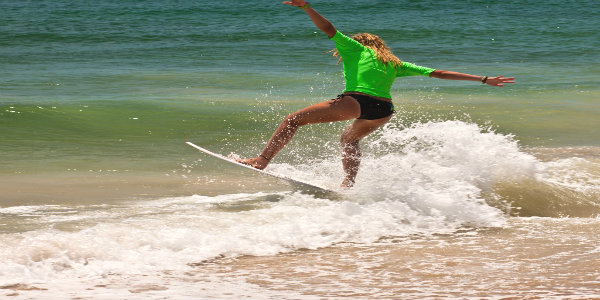