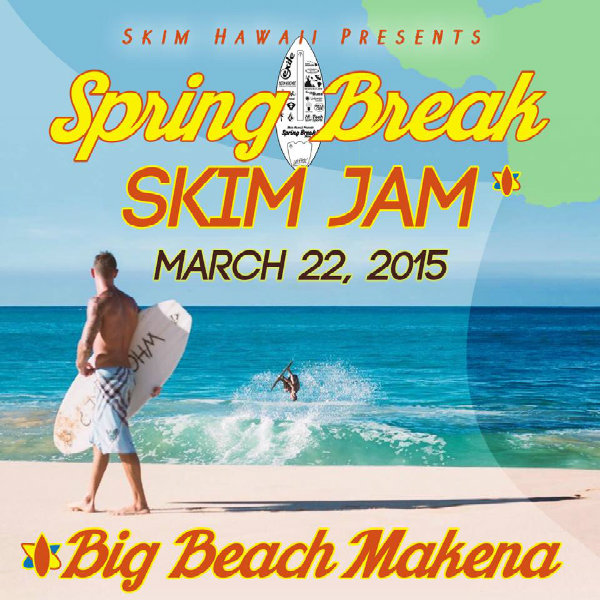 On March 22, 2015 a newcomer to the sport Edward Oingerang watched over 300 spectators marvel at the 51 competitors he was able to bring together in a very short period of time. I am speaking of the success of this year’s Spring Break Skim Jam which took place at Big Beach in Maui, Hawaii.

Edward and I spoke early on because of being affiliated with the United Skim Tour; knowing how many pro riders would love a Stop in Hawaii and Edward’s keen interest in making this happen. Impressed with Edward’s drive and dedication, I contacted him for all the details.

Hi Edward, great to touch base with you now that the contest is over.

A: No, I am originally from Guam. I lived there for 18 years until I joined the military and now currently reside in Maui.

Q: That’s cool, tell us why you love skimboarding?

A: Hmmm. Why do I love skimboarding? I have always loved board sports. When I was growing up, I used to skateboard. When I moved to Alaska, I picked up snowboarding and progressed quickly. I guess I love skimboarding because it has a feel of both sports combined. The feeling I get after hitting that one wrap going into a barrel, or the feeling after boosting and not knowing how much air I got until I realize how long I been in the air for, it’s just unreal. Skimming is one of those sports where we will skim a 3 or 4 hour session for that one good wave of the day.

Q: What inspired you to put on a skim jam in Maui this year?

A: I actually just moved to Maui less than a year ago, and I only started skimboarding about 7-8 months ago. 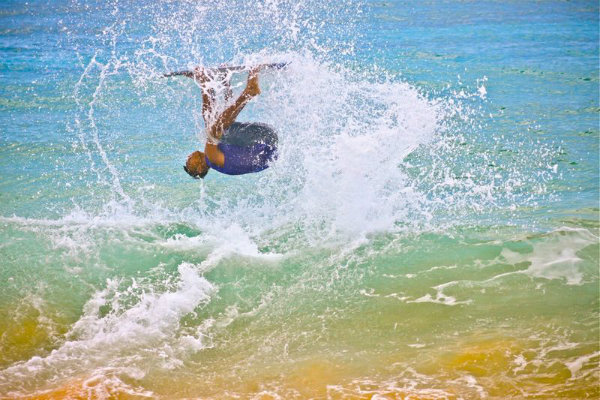 Edward during the contest; photo by Christ Taitano

Since I started skimming, I have been hitting the beach at least 4-5 times a week. I got so addicted. That’s when I noticed there were so many skimmers on Maui who are just as addicted as I am. Also, a lot of these guys are super talented! As I became a regular skimming Big Beach, Maui, I started talking to all the other skimmers. I asked them about the skim scene and past competitions. I asked them if they would ever compete in one and they all pretty much told me they will. This is when I started contemplating Spring Break Skim Jam.

I wanted to try and somehow make Maui a destination for United Skim Tour, but I was told the tour only endorses already existing skimboard competitions. So that’s what gave me the extra push to make this happen.

Seems like it was a natural decision with all the local support you received.

Spring Break Skim Jam was pretty much a spur of the moment idea. As soon as I started thinking about it, I just started asking around for advice. First, the legend, George Bryan was in Maui for a few weeks. I skimmed with him for a couple days and then I asked, “what does it take to get United Skim Tour to Maui?” He said they only endorse already existing competitions. Then secondly, Kelli Bean from Skim Mermaids contacted me and told me the same thing and gave me the idea to contact Sean McClenahan of Skim Hawaii.

I am so glad I contacted you now!

Q: What were the chain of events to make the contest happen?

A: Sean has hosted previous skimboard competitions here on Maui such as ‘Westside Skim Jam’ and ‘Save Makena’. When I contacted Sean, I told him I would get a committee together which consisted of Sean, Brandyn Benson, Daniel Pardini and myself. Once I formed the committee we all met for lunch to throw down dates for the competition, get permits, get help from the best sponsors ever and get support from the Maui skim community. Then bam, Spring Break Skim Jam all came together.

I think about how insane it is that only 2 months ago this competition was only a thought in my mind and then we made it happen and it was a huge success. I would again like to thank everyone that was involved in making Spring Break Skim happen. Mahalo

Q: Is it safe to say there will be a Skim Break Skim Jam next year?

A: Yes there will be a skimboard competition in 2016! It is going to be even bigger! More details will be released around October 2015.

Q: What are your long-term goals with the contest?

A: My long-term goal is to make Maui apart of United Skim Tour! The skim community is insane here. Being part of the tour would be absolutely epic. It would inspire so many groms as well as amateurs to take their talents to the next level. Skimboarding is already huge here, and this could make the sport even bigger.

Sounds like great reasons Edward! Good luck, and I am here if you need me. 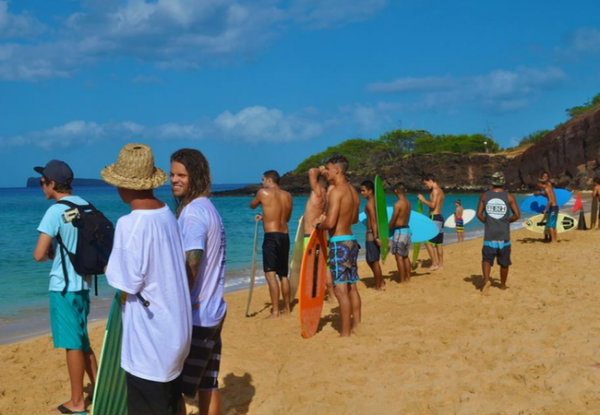 Skim Hawaii offers skimboarding lessons, rentals and sales in Maui. They also deliver boards for free anywhere on the Westside of Maui, offering carbon boards, fiberglass or foam. Whether you are an advanced rider or a beginner, Skim Hawaii has you covered!

Make sure to support Sean and Skim Hawaii while you are in Hawaii. 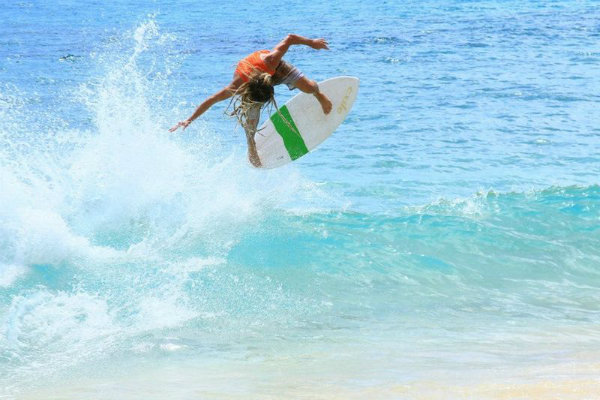 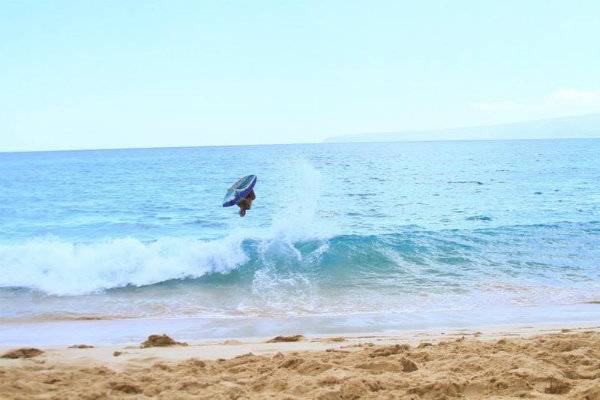 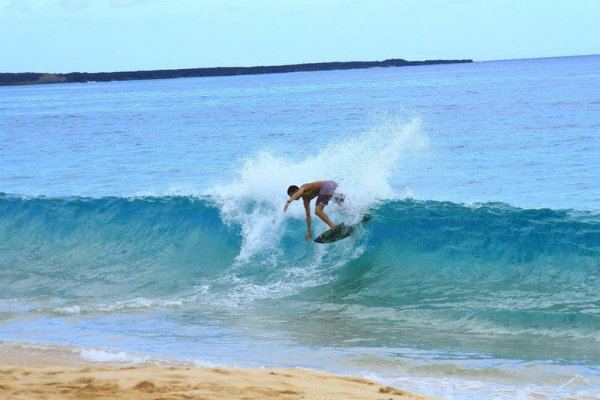 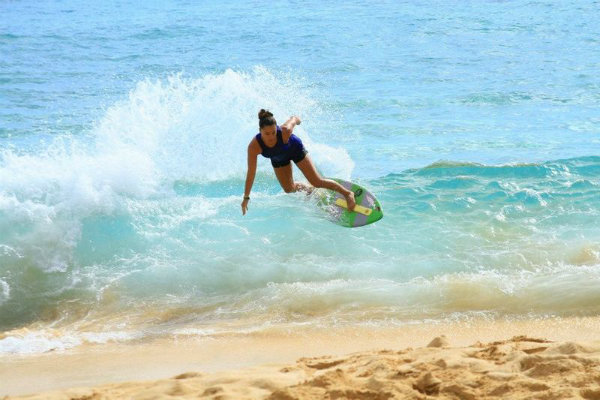 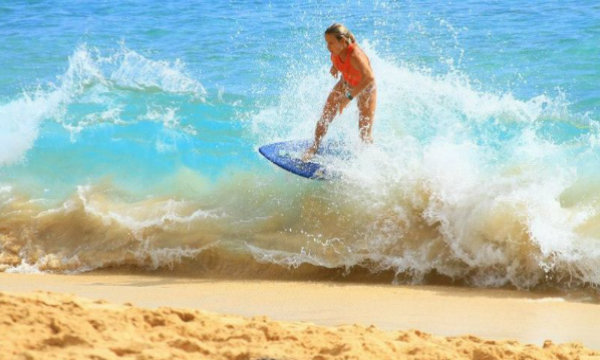 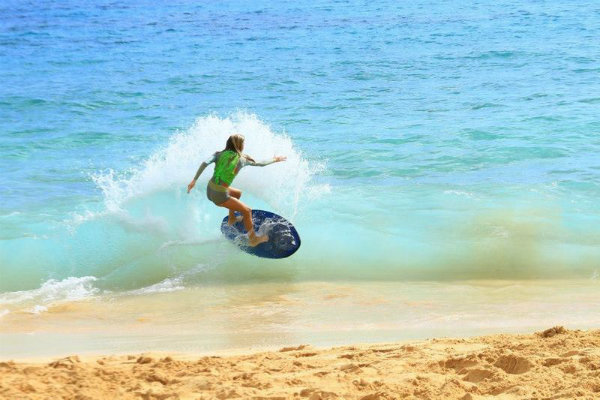 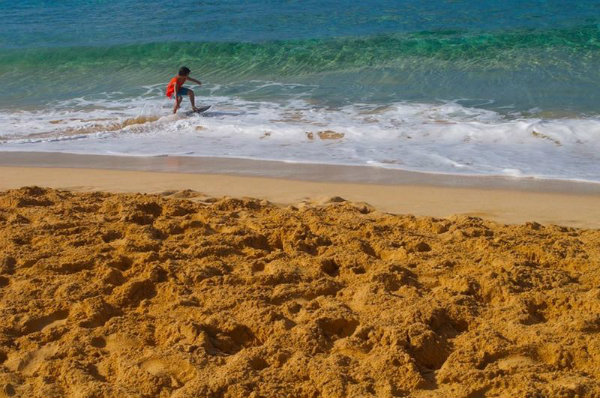 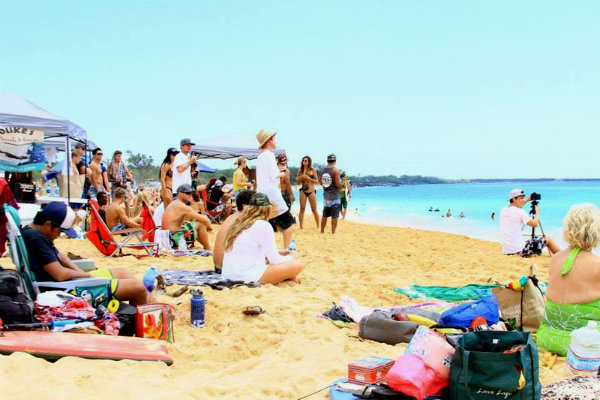 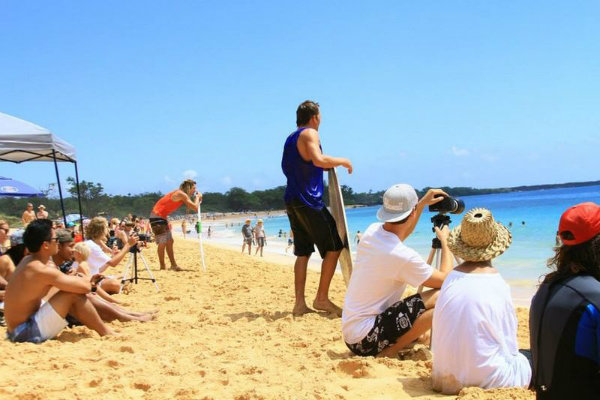 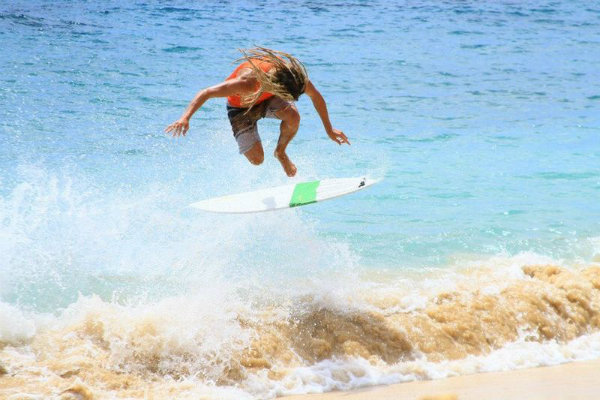 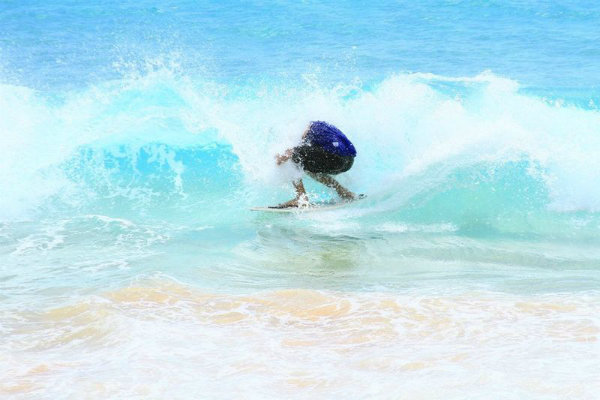 Jesse in a barrel 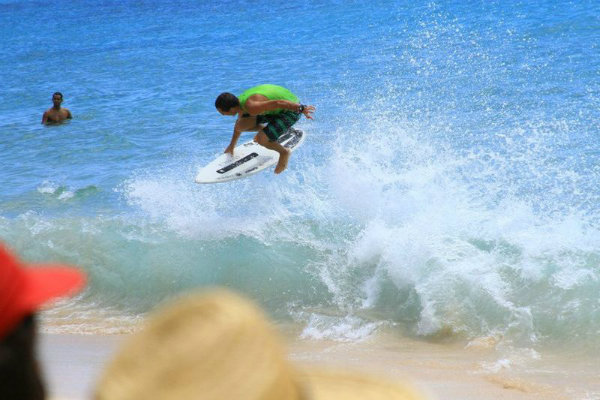 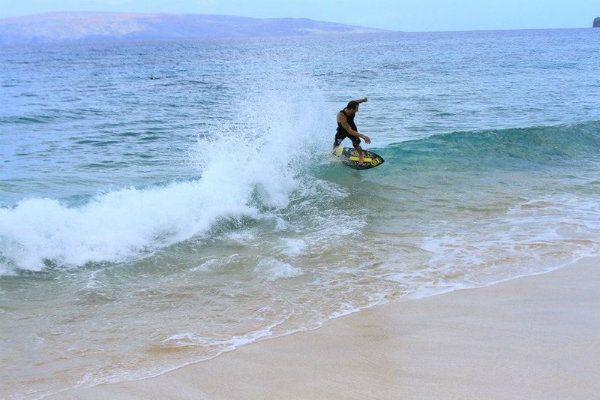