2014 Polish Skimboarding Open is this weekend!

One of the biggest flatland skimboarding contests in the world is going down this weekend in Poland. Good luck to all the competitors and we look forward to seeing all the photos and video from the event this year!

View the special issue of Flatland Magazine by clicking here.

More about the Polish Skimboarding Open…

Everything started in 2009 when “Sports department of City Gdansk” asked me about organizing a skimboarding competition. I had only a few weeks to organize everything and we built a quarter pipe, collected some other boxes and we called it the “Open Championship of City Gdansk”. There was around 30 riders from Poland and everything went fine even without big marketing and organizational features. It was a nice and friendly jam session.

In 2010, we decided to change the name of the contest to the “Polish Skimboarding Open” with bigger prizes, more organization and more sponsors. This made it the biggest independent skimboarding competition in Poland. We brought in over 70 participators including three riders from Germany and nine girl riders. For the first time we also used the “Cup System” with eliminations, quarterfinals, semifinals and a final. That format works the best with such a large number of participators. We also had a free lunch, free skimboard tests and mini school of skimboarding for spectators. After success of first edition the next step was just upgrading the event and making everything bigger and better.

In 2011, we started with a new website with online registration and a place to register before the competition and it helped to get over 100 riders with four from Germany and 10 girls competitors. In 2012, the same thing with everything being bigger and better: organization, media feedback, marketing, number of riders and boxes. The PSO has continued to grow year after year. There was 118 riders, also from Sweden, Holland, Germany and Austria. There was also record number of 16 girls! In 2013, registration was only online and we collected 106 riders overall. We had 18 competitors from outside of Poland from countries like USA, Holland, Germany, Austria and Latvia. This years PSO was truly an international event!

Each year we build unique boxes and rails specially for PSOpen and all riders rides them first time at this competition. That makes the contest fair. Another big part of PSOpen history are after parties but this is a different story… 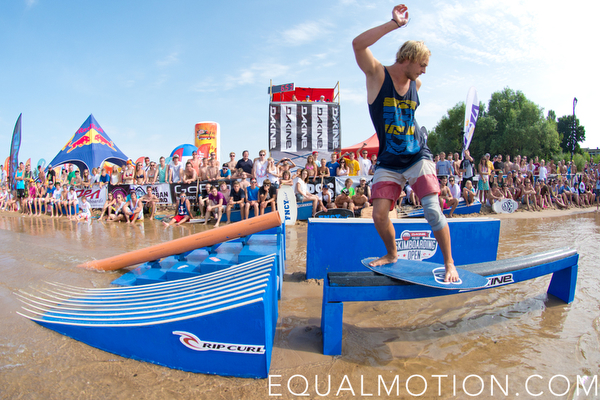