A new kinda skimboarding series called “Shred Necks” Dylan Maranda is starting up in an attempt to provide tasty content in between actual edits and to give those outside British Columbia an idea of how summers go down here.

“If there isn’t alot of interest I probably won’t keep making them but if everyone likes them I definitely will,” Dylan said, so make sure to watch the videos when they are released.

Look for appearances by Nigel Ching, Tim Ladner, Michael Kennedy and Pablo Castelo-Corry in the videos. 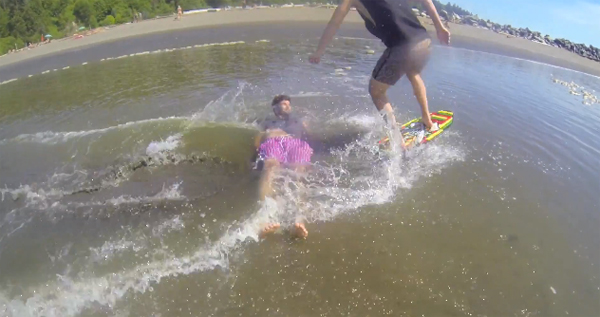