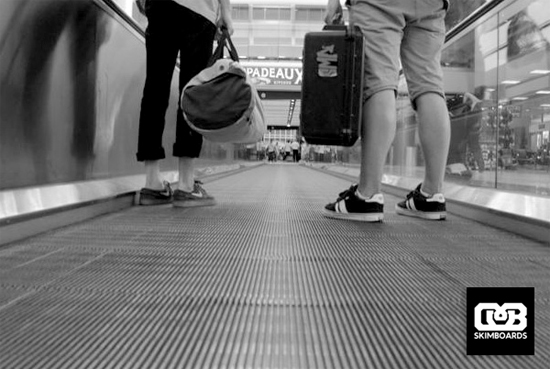 Some of the DB Skimboards crew made the trip to Texas for the Skim2Live event at Cypress Creek. We had the opportunity to ask Isaac Thomas some questions about the recent adventure.

Q. How was the trip down to Texas for the Skim2Live event?
A. The trip was a blast! Traveling with Tony and Emile is always tons of fun and our team rider Ryan Efaw was super nice. His family hosted us for a night, feed us, and drove us to the airport. Doesn’t get better than that. While down there, we were able to squeeze in 2 film sessions for next year’s movie project as well as be there for the event. The event was HUGE! Tons of skimmers, big crowd, and lots of support from everyone involved. It was an amazing sight to see that many skimmers all from a state 2,400 miles away. It was our first time in Texas and we could not have been more impressed. The local talent was a sight to see and so many kids were stoked on skimming.

Q. What did you think of the Texas Flatland scene?
A. The scene was awesome! So much talent down there and so many skimmers. Plus, the creek itself was one of the best skim spots I’ve ever been to. Soft and clean sand with several areas to skim. It also probably helped that it was 89 degrees out hahaha. We checked the weather in Washington the day of the event and it said 34 degrees in the morning. Yeah… pretty stoked on just that in itself.

Q. How many people attended the event?
A. At the event there was a booth to sign-in at which helped track the amount of people going through during the day. The number of people who signed in was around 600. But hey, it took me 3 times to realize that there was even a booth to begin with so there probably were a lot more people there than that.

Q. How was the skimboarding at the event? Features? Etc?
A. The skimboarding was good. A little deep in some spots and kind of short for how fast you needed to go to hit some features, but good none the less. The features were awesome! Carrie, Ryan, and their crew did a ton of work building all the ramps for the event. They did such a good job and actually built more ramps than got used. Once again, the sand was so soft and the water was so warm I couldn’t complain about anything.

Q. Are you ready for the upcoming Northwest Skim Tour?
A. Ready? I wouldn’t say “ready” but I would say I’m SUPER STOKED!!! This tour is what flatland skimboarding needs. I also think it will help motivate other areas to create their own contest tours. I’m so thankful for the opportunity to ride and be a part of the whole thing. Shout out to Matt and all the other guys working on the tour, thank you so much for supporting skimboarding!

skim2live from Kirby Clarke on Vimeo. 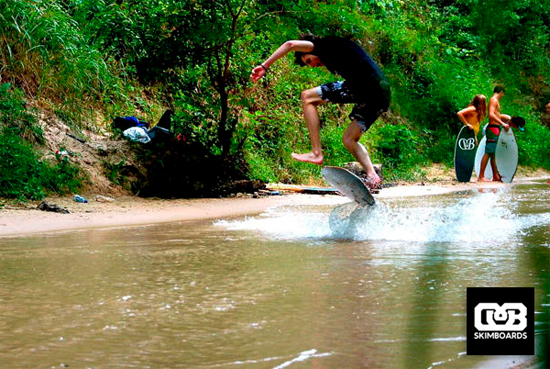 More information….
Located in Cypress, Texas, Skim 2 Live is a non-profit organization made up of skim boarders and breast cancer advocates. All profitable funds from Skim 2 Live are donated to The Rose Foundation, where thousands of less fortunate patients are able to receive treatment. We are always thinking up new ways to push breast cancer back and push skimboarding forwards. Although, we are not finding a cure for cancer, we are doing everything we can to prevent it. Early detection is key, and an active lifestyle is the best prevention.