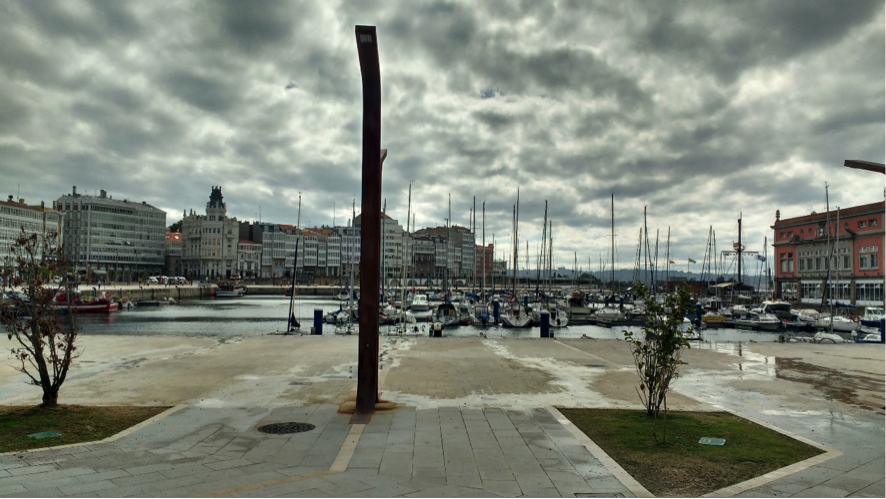 What’s up! Another week working in paradise has gone through. The skimpark is running smoothly, Rodrigo and I make a great team and things are getting better day after day. This week has been somehow special, mainly because Monday was festive and on Saturday we did a little skim competition focused for kids, warming up for the big event that’s going to be August 20th, where Adrien Raza and Friedrich Flüh are supposed to attend. With nothing more to say, let’s go to the day-by-day article!

On Monday I woke up at 11 PM, exhausted of the previous week. I didn’t do anything in the morning except lying on the bed. After having launch, I took my longboard and went to La Coruña for a relaxed afternoon. I followed the road I know the most, went to the center and visited for second time the beautiful promenade. 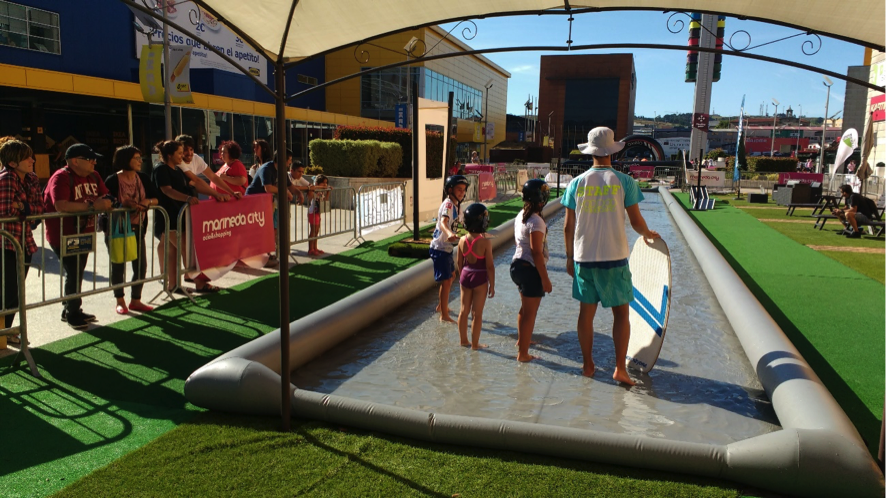 Besides of boats, there are always fishermen trying to get some fresh fish. A curious quote I want to mention is that during my excursion I ended up in a park where absolutely everybody was playing Pokémon GO. I took some photos of that phenomena, I don’t have anything against this game but it surprised me a lot when I saw people talking about Pokémon and just looking at their phones.

It was time to start another week again, but this time, instead of working from Monday to Sunday we only had to work from Tuesday to Saturday (thanks God). From Tuesday to Friday there was the most affluence of kids since the skimpark opened on July 9th. Almost 30 people wanted to learn more about this sport every day, and taking into account that the maximum time they can spend in the skimpool are 30 minutes, that we do teach groups of 5 kids each time and that we open 4 hours per day, it meant that we didn’t even have time to go to the bathroom those days. On the other hand, it meant that we were doing things right as some people were repeating the experience and they were improving their skim skills. Also, on Saturday it was the skim competition, and some kids came just for training, they were so motivated to do well!

Competition day! It was Saturday, so it meant we were open in the morning too but, against the odds, anybody showed up as it was cloudy and somehow cold. We had time to close out everything competition related: prizes, tournament structure, schedule… and we had some time to rest and prepare for the intense afternoon. After having launch, we opened like every afternoon and the affluence of kids became the same as the previous days. At 6:00 PM we closed the skimpark and just let the competitors warm up: 10 kids showed up, and they would’ve been 11 if a boy hadn’t injured himself 10 minutes before the start of the competition. Some mothers and fathers told us that their kids hadn’t slept well the night before because of nerves! At 6:30 PM I indicated the schedule of the event to the kids and their parents, which consisted in 3 tests:

– Go as far as you can: this consisted in just dropping the skimboard, jump on it and skim as long as you can. It was the most irrelevant out of the three tests, but it was a cool one to force them to slide the most they could. They had 4 chances, only the two best counted.

– Skim behind the stick: we put a stick across the skimpool at a certain height so the skimmers must skim behind it flexing their knees and trying to not touch the stick. We did 3 levels with 2 chances per level.

When the last test ended it was time to let the competitors dry because it was getting really cold, but most of them wanted to skim some more while Rodrigo and I were deciding the classification, kids are unstoppable!

After 10 minutes we ended up with the final classification, with the surprise that two girls did all the way through the podium! Skim isn’t exclusive for boys, girls do shred as well!

We gave the prizes to the winners and some candies to everybody who showed up, so everybody had something to bring back home. It was an awesome experience to organize my first little skim event with my mate Rodrigo’s help, we could see smiles on everybody’s face! Finally, shout out to Martín, the guy who works next to us in the football field, who took all the photos you are seeing of the competition! 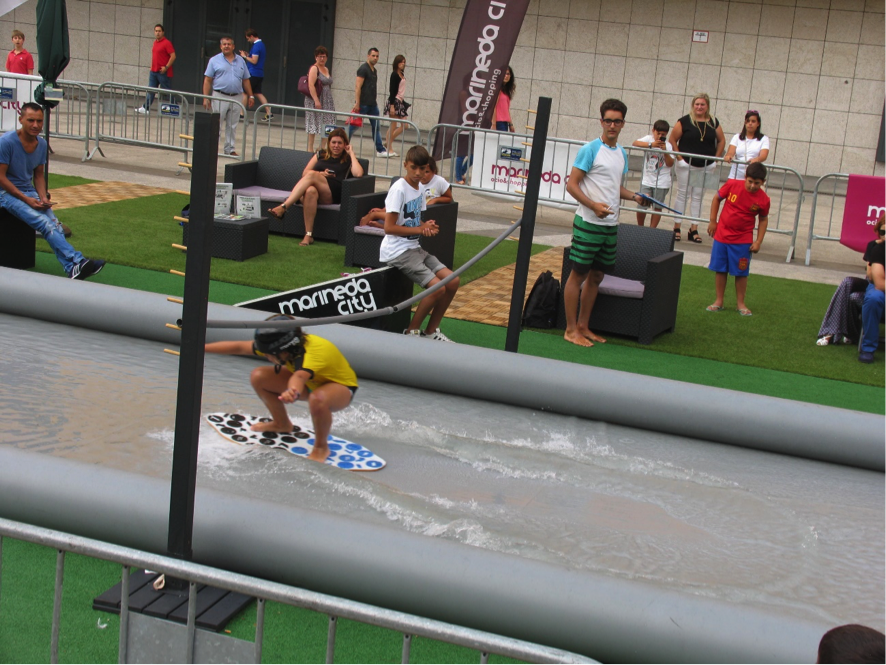 – Freestyle: for the final test, it was time to let them feel how an official competition runs like. We didn’t put a kicker or anything because some of them hadn’t tried before, so we let the kids 4 chances to demonstrate what they could do in flatland skim. Some of them landed shuv-its and did cool slides rotating their bodies! 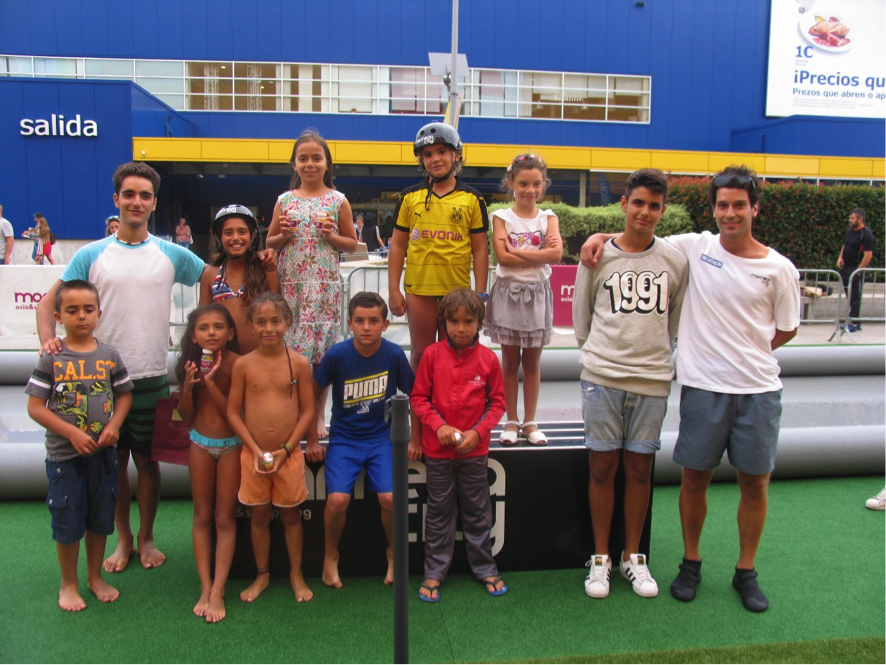 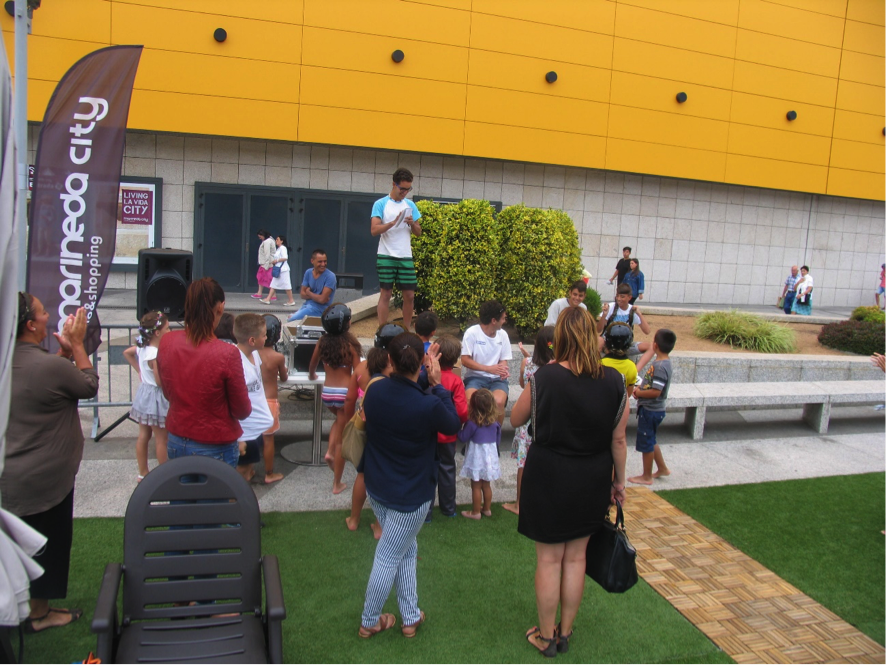 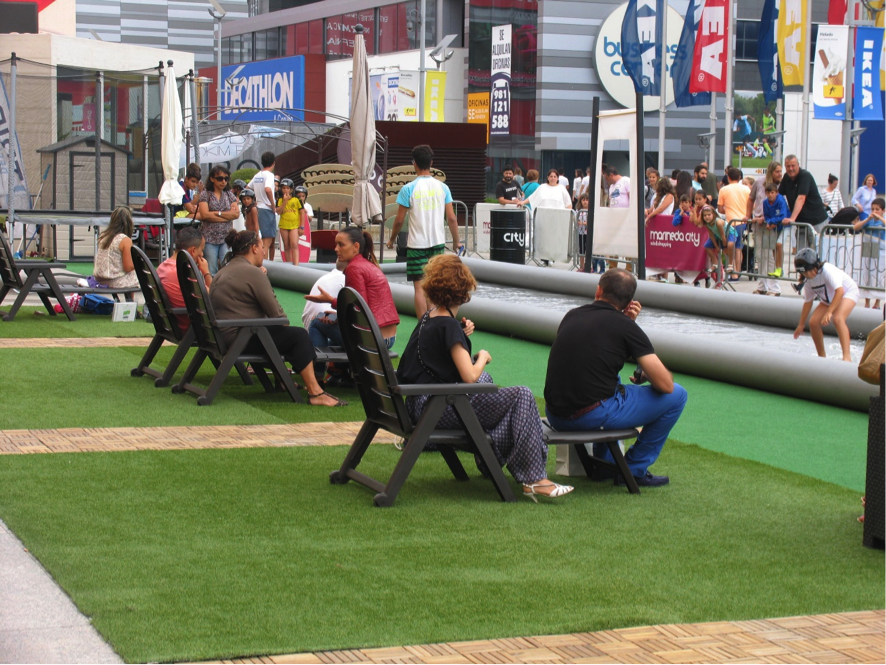 After a successful day, I was supposed to go out and party with my flat-mate and a friend of her, but I had no energy left, so I just went to take something with them and stay a little bit in some discotheque, but at 5 AM I was on my bed ready for a good sleep. La Coruña’s nightlife isn’t disappointing, there’s less people than in Barcelona, but you can have a great time as well!

After hanging out the previous night I wasn’t as tired as I’d thought, so with my flat-mate (this time, with the boy) we went walking to the city and he showed me some new places which I hadn’t seen before. In the afternoon I grabbed my camera and my longboard and went alone to the city again for an improvised trip. I got lost at purpose, I love to explore new places alone with my longboard, so for coming back I had to open my GPS to make it home. I took some nice photos of La Coruña’s lifestyle, wish you like them! 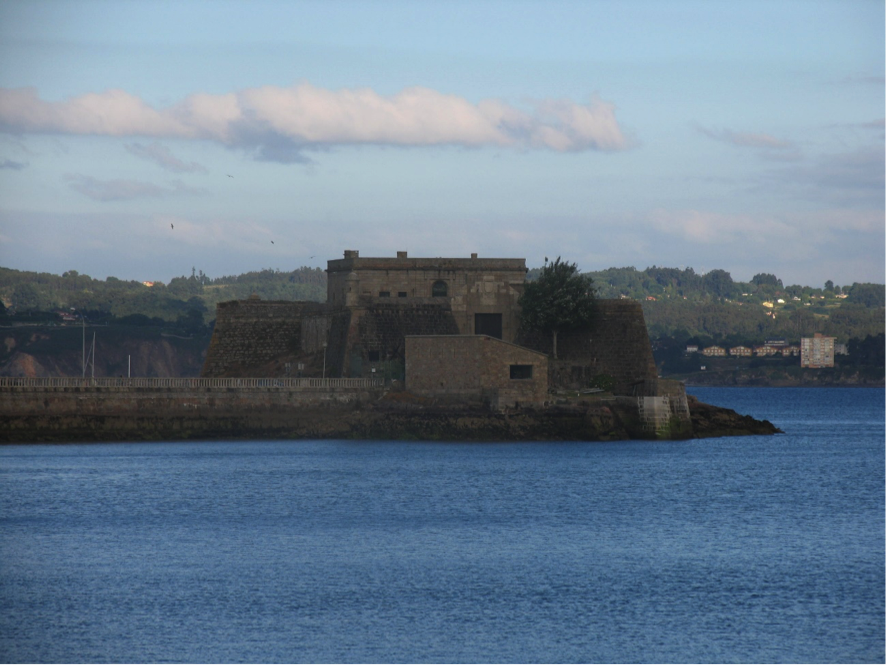 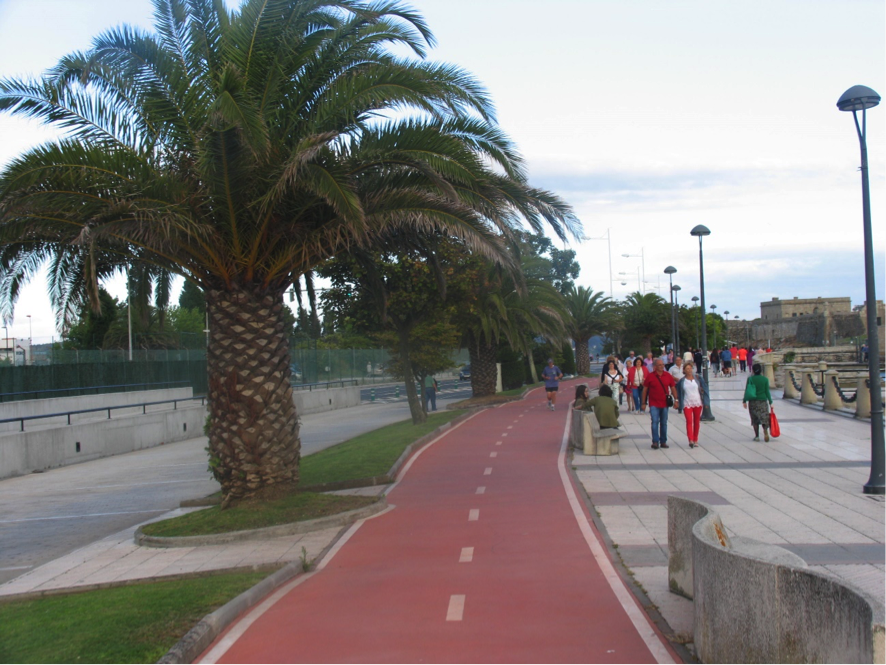 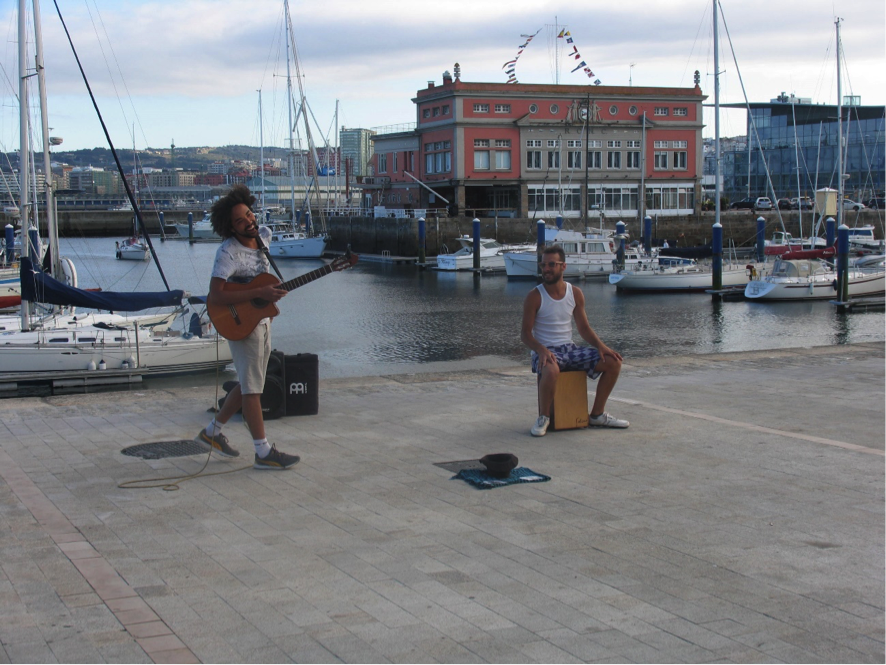 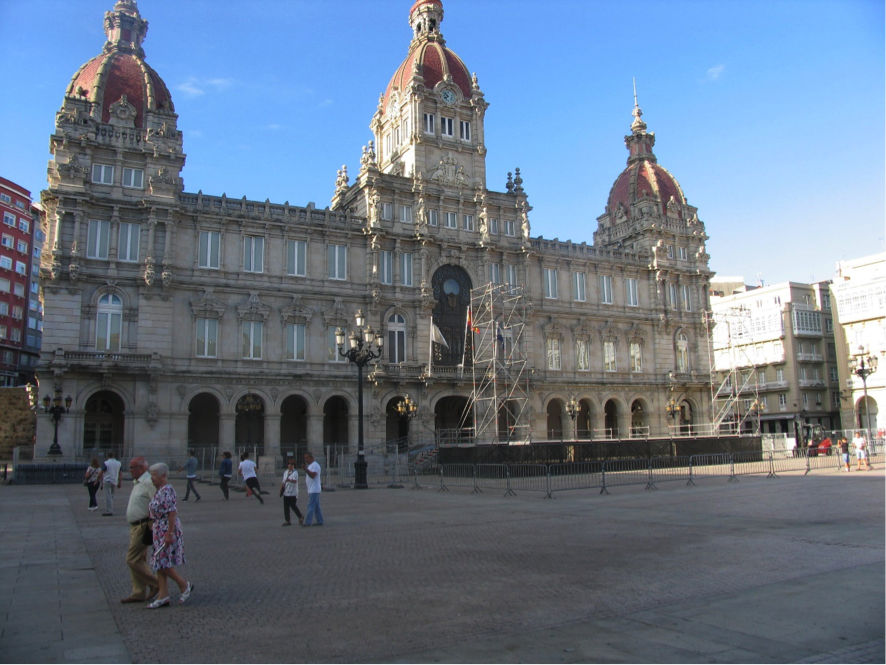 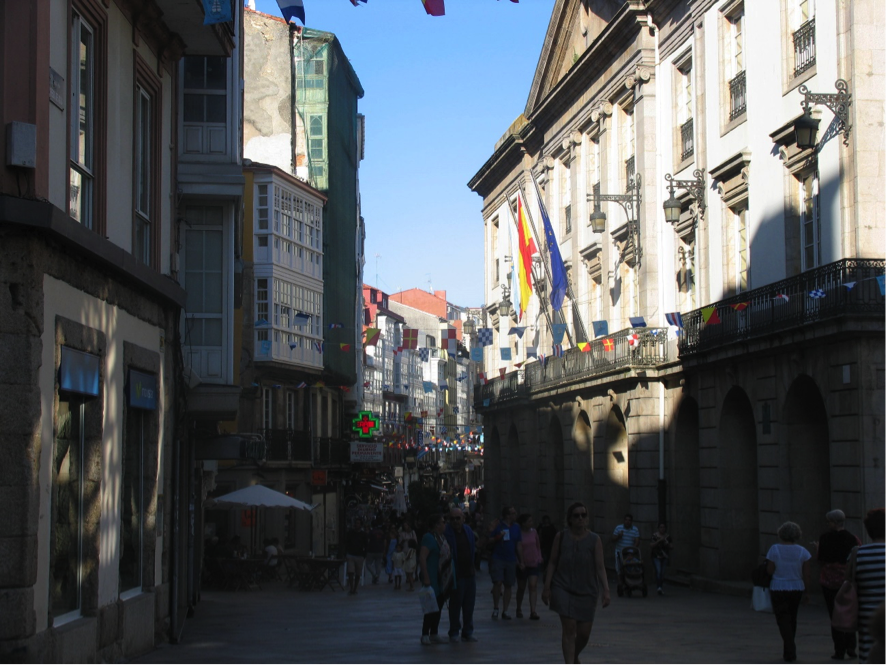