Hi skimmers of the world! Marc Costa again with some more action from La Coruña. Days are coming to an end, and things will get better and more exciting the last days. Today I’ll be covering the last two weeks mainly because not many things happened. In advance, a guy from the USA came to stay here some days, most of you will probably know him… let’s move on!

I talked with the girl who lives with me the night before, and she told me she would guide me to the other side of La Coruña, which I hadn’t visited before. She accomplished that, and we were out at 11 AM. We visited some awesome places in the middle of the city, continued to the beach, showed me a surf shop where a friend of her works at, followed the street next to the sea, adventured to a prohibited road, and finished in Torre de Hércules, the oldest lighthouse in all the country. 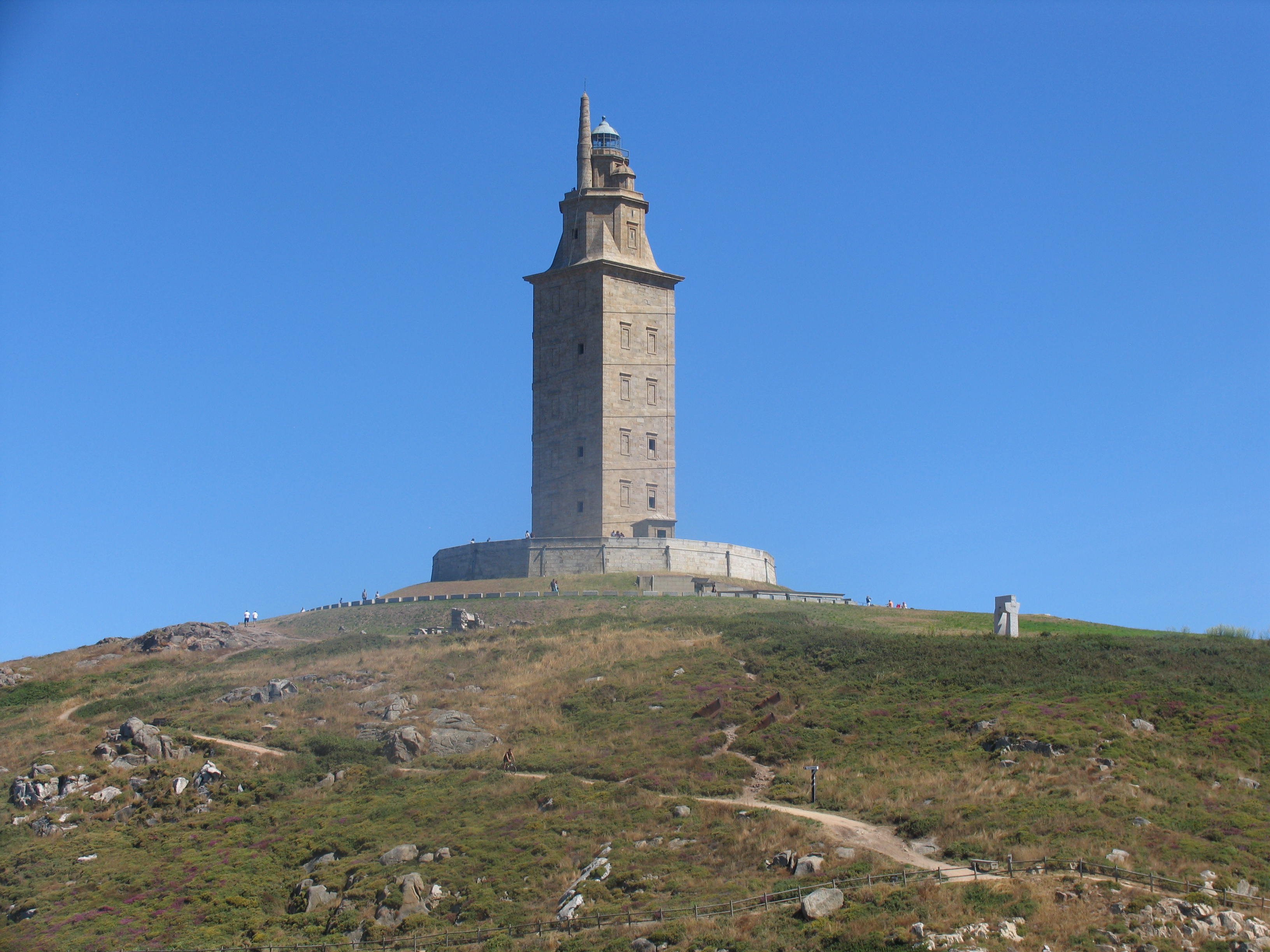 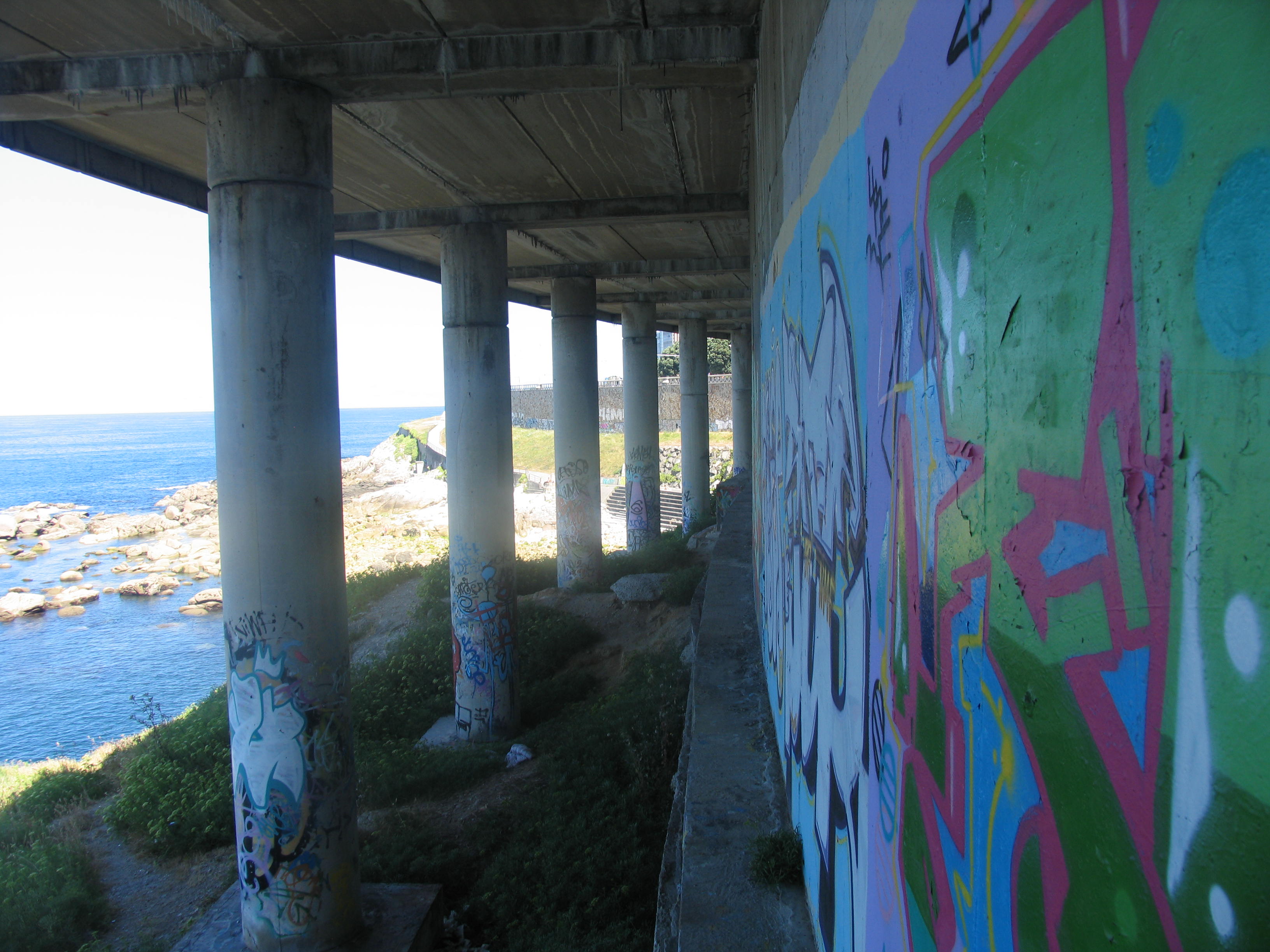 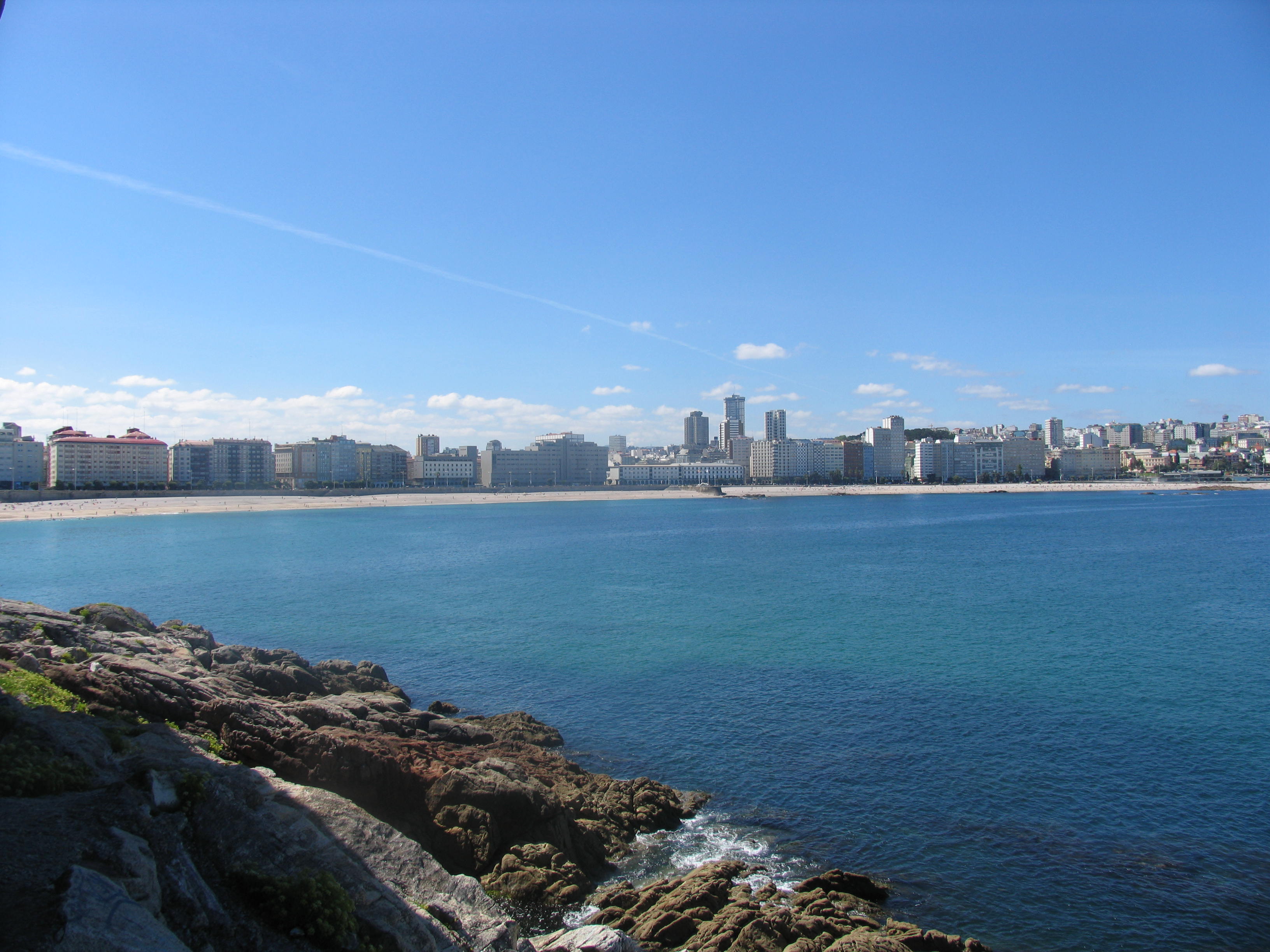 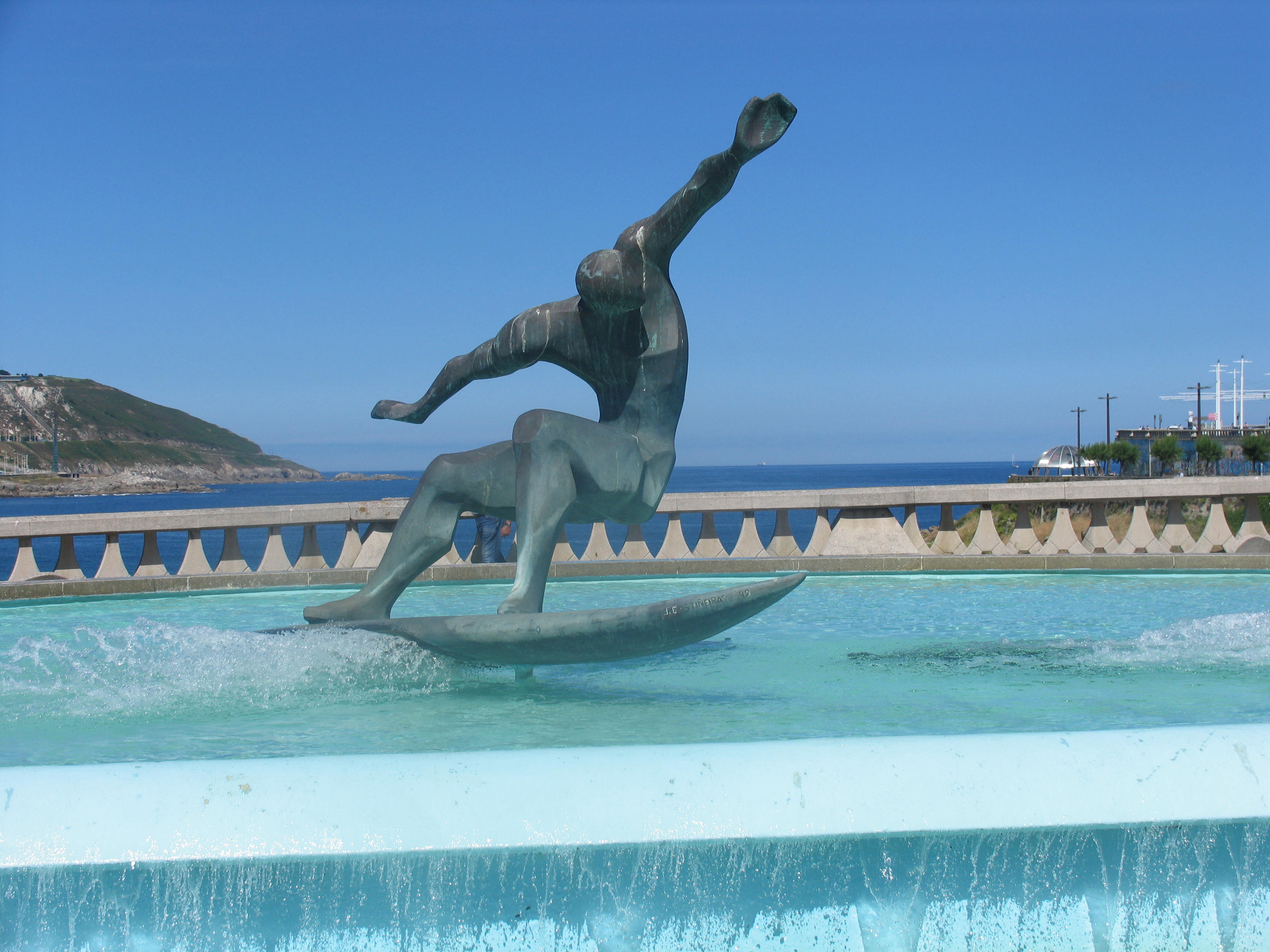 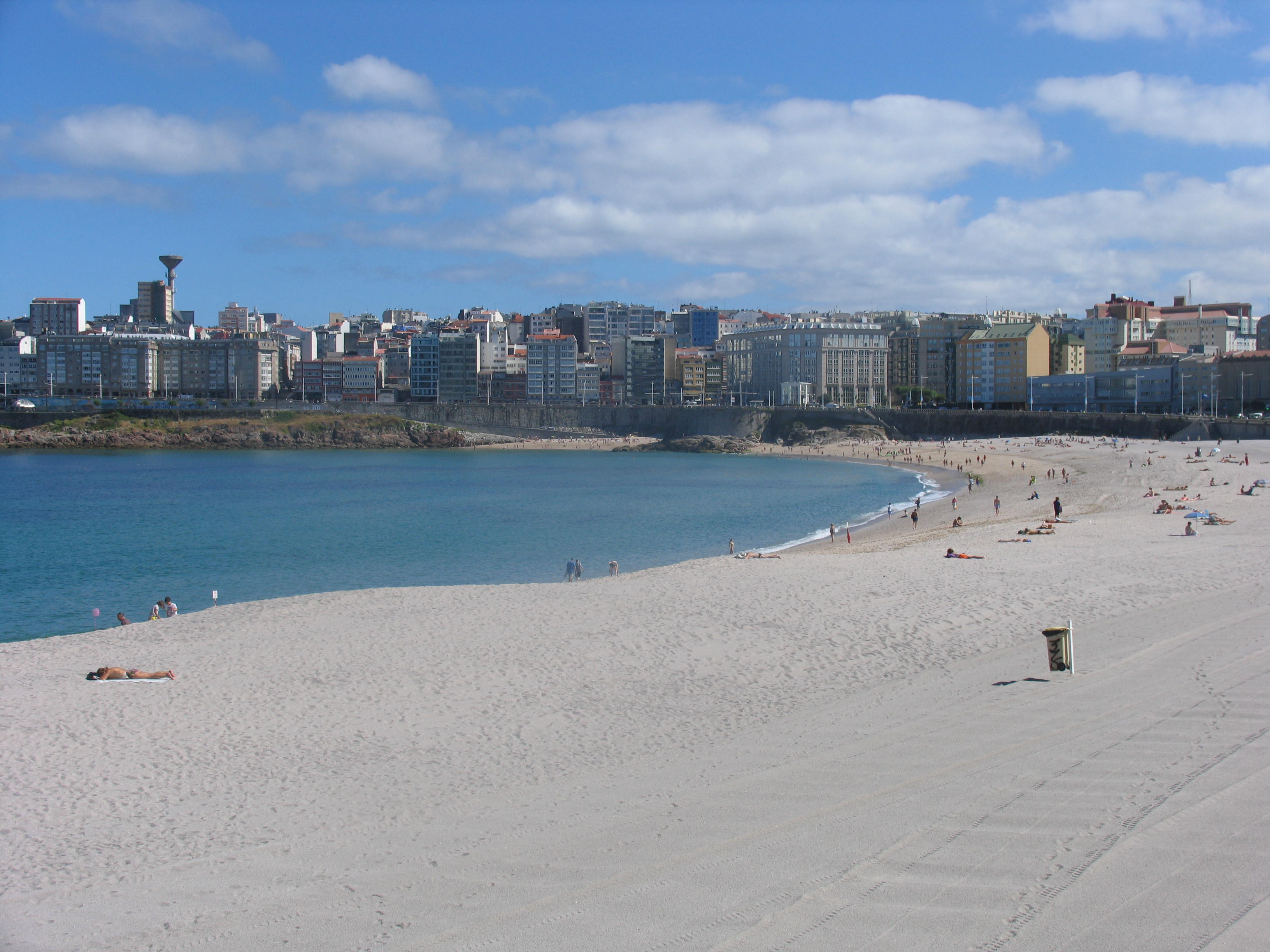 After 3 hours of exploring new places we went back home by bus, with almost no time left for me to eat something before going to work. I arrived to the skimpark really tired, and what’s more, we stablished a new record of new skimmers on Monday: 37 people were encouraged enough to try this sport, so Rodrigo and I ended absolutely destroyed but proud of ourselves. This proved we were doing things right, kids have been very grateful so far!

Four days were gone before we even realized. On Wednesday the skimpool was so dirty that I didn’t even skim, the water was somehow green instead of the clear water we used to have. Fortunately on Wednesday evening and Thursday morning it’s cleaning time, so after a hard Thursday morning for myself under the rain cleaning with the big brush up and down the skimpool, the water was perfect again. When temperatures rise, the water use to get more dirt than usually, and that week was really hot all days.

On Friday, 20 minutes before we ended our working journey, we closed the skimpark and with two good shredders of La Coruña and I did a little demonstration hitting the kickers and the box we have. We aren’t pro-skimmers, but we did a good show and people were amazed about our speed on the skimboard. I think we’ll repeat this, because it encouraged kids and their fathers to come to the skimpark in order to improve their skills to hit those big kickers someday.

Oh, Saturday! As you know, Saturdays are workshop’s day, and this time was no exception like it was the week before, where we did a little skim event. People from the world of yoga came in the afternoon to let introduce newcomers to this kind of relaxing and health caring activity. They asked us if we could close the skimpark because kids always speak loudly and people in the skimpool were letting wet their luggage, so we did so for an hour, the time they needed to realize the workshop. As my working partner Rodrigo and I had nothing to do, we asked them if we could participate in the class, and we were accepted. I must tell you I underrated yoga, “it’s for old people” I used to say, but after trying it I won’t say it again. Yoga let you in an exceptional state of mind and relaxation while you exercise all your muscles, correcting your bad postures, feeling all your muscles acting. Now I can understand why some true athletes practice it, it’s a really interesting activity for young and old people if you want to feel fresh and young all your life maintaining your muscles strong and heathy. I’m very sure I’ll give a chance to yoga someday and practice it regularly, the workshop was inspirational! 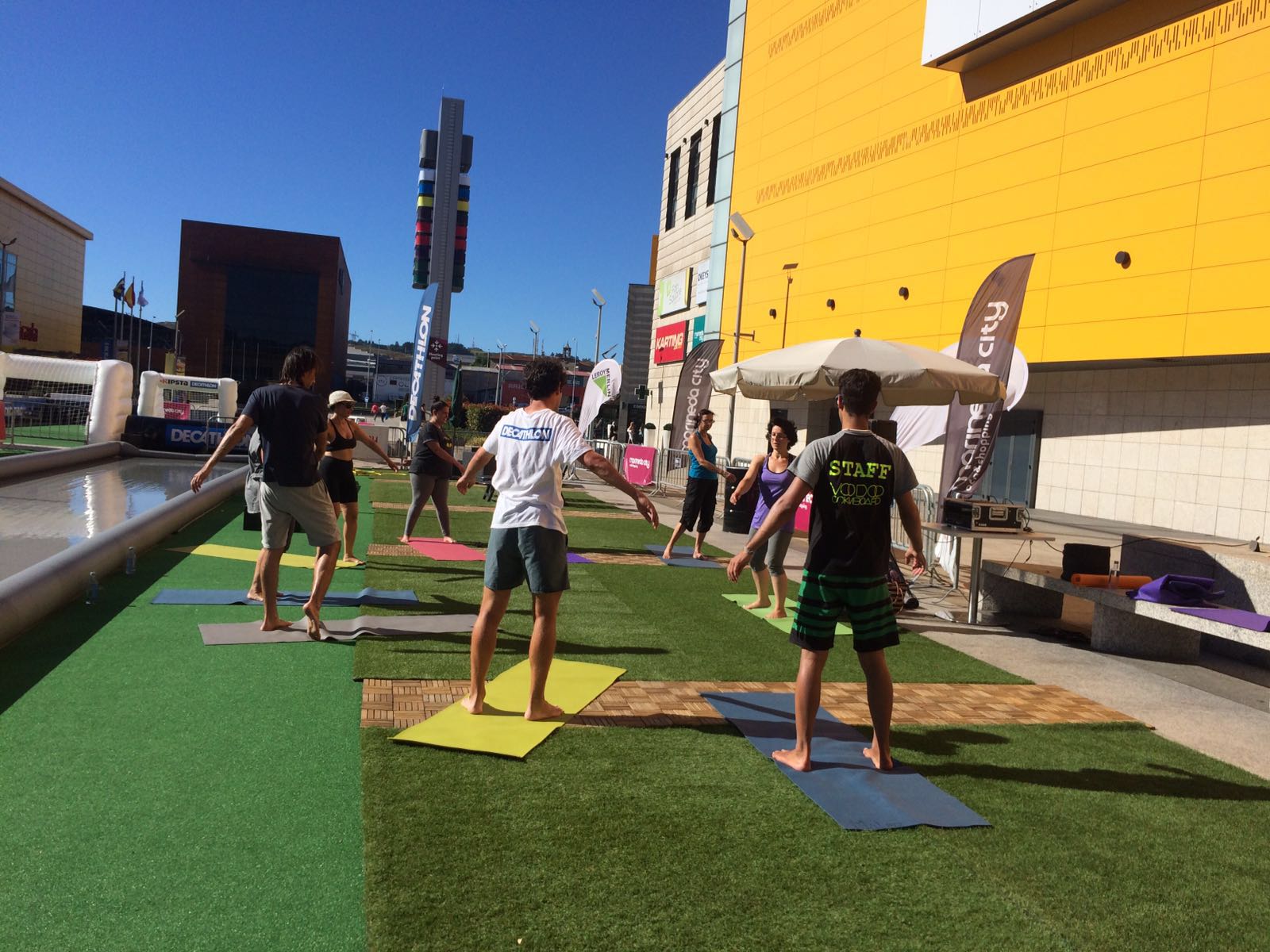 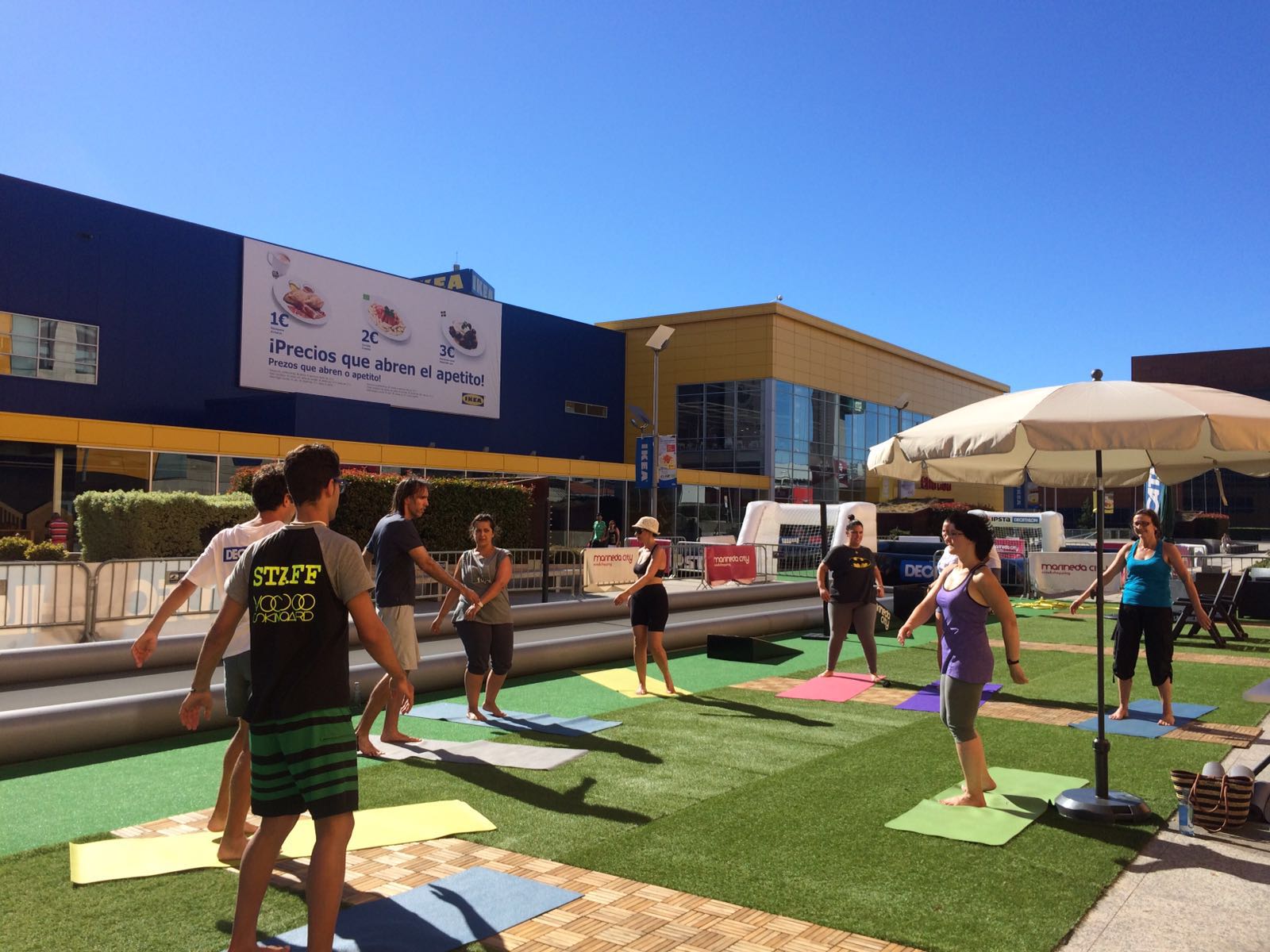 I decided that I wouldn’t be spending any more free time laying on my bed and resting my body, days are going by and I still want to do new things and have new experiences. In the morning I got my longboard and travelled for 3 hours. You can imagine how many kilometers I did, as I went through all the city following the sea road. After eating something I arranged all the photos I had on my phone and my camera, and around 5 PM my friend Rodrigo called me to have an afternoon skate session at his local skatepark. He’s a pro skater and most of his friends are too, but even with that I did it to the skatepark to have a chill afternoon shredding a little bit while also learning some new tips and tricks. I loved the environment his friends had, and the skatepark was in an awesome place, I’m going to come again there, for sure. 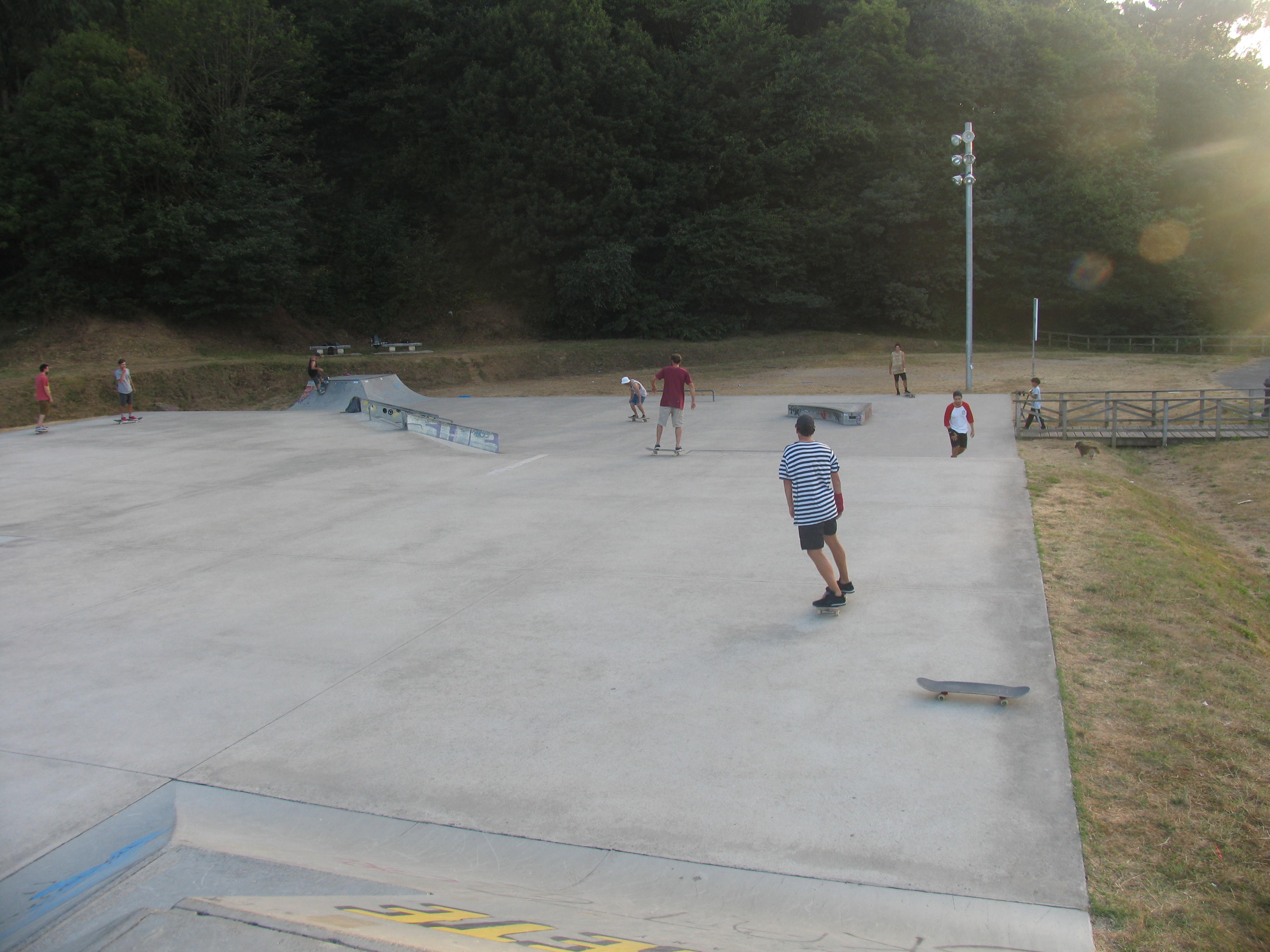 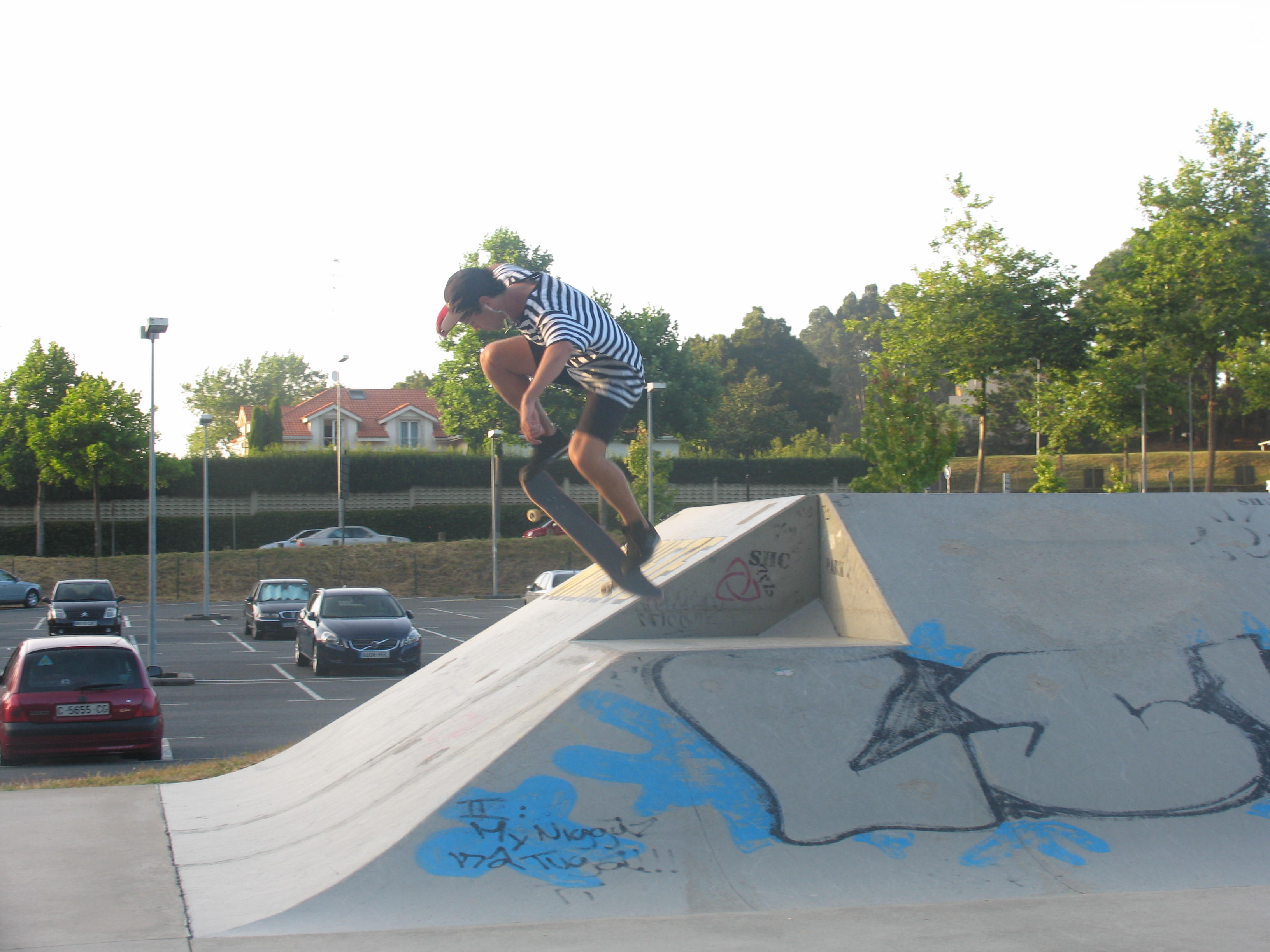 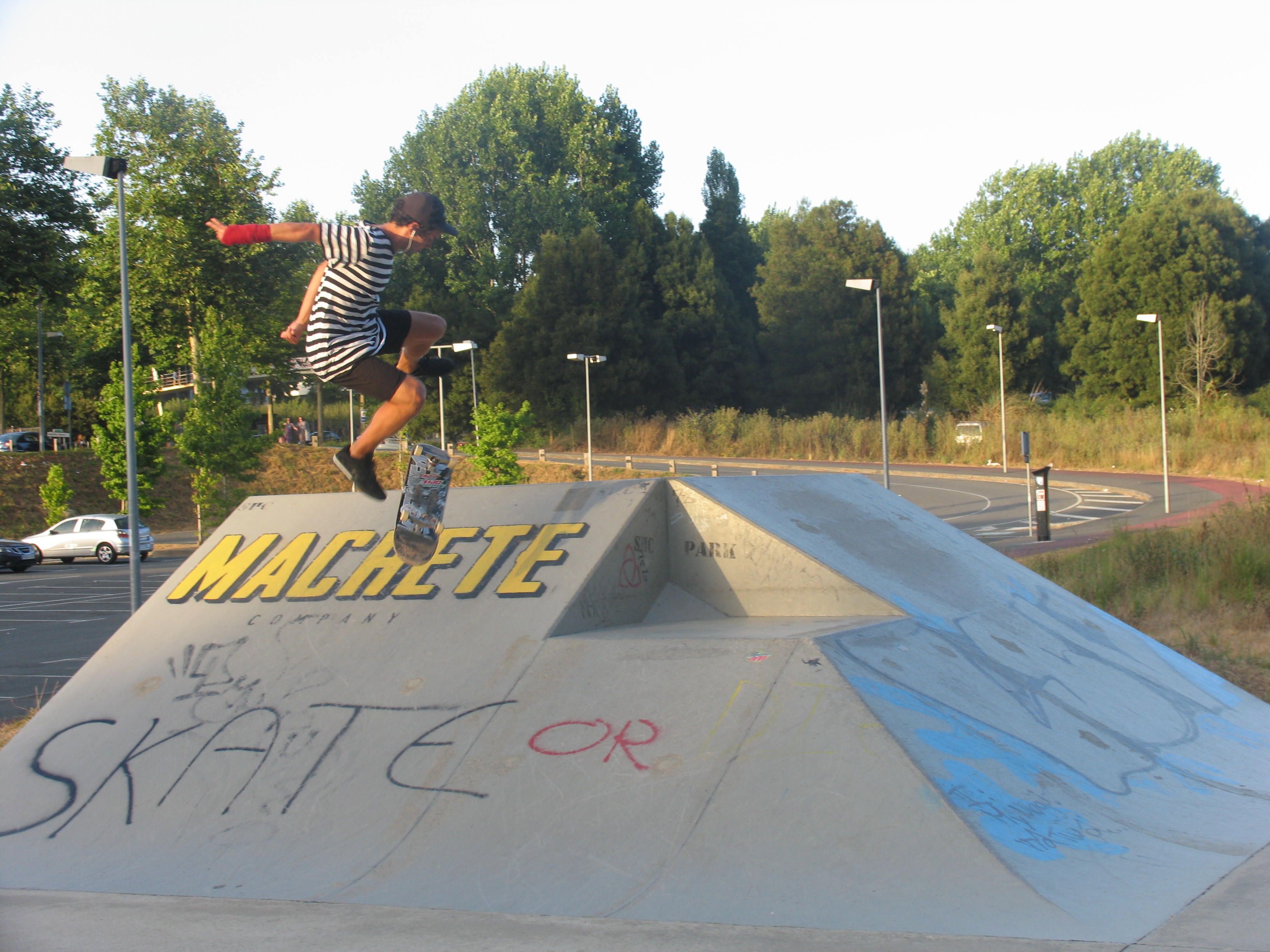 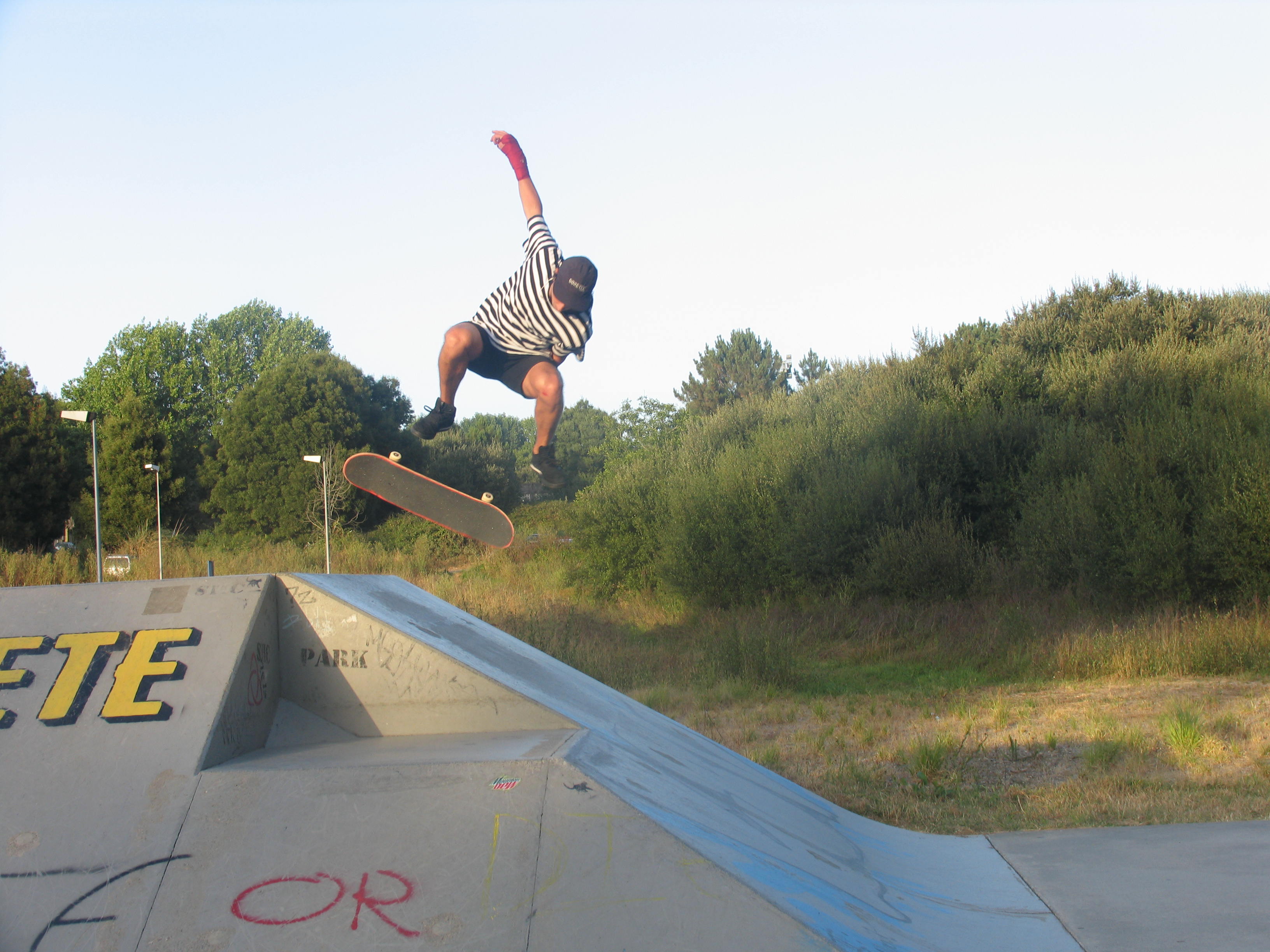 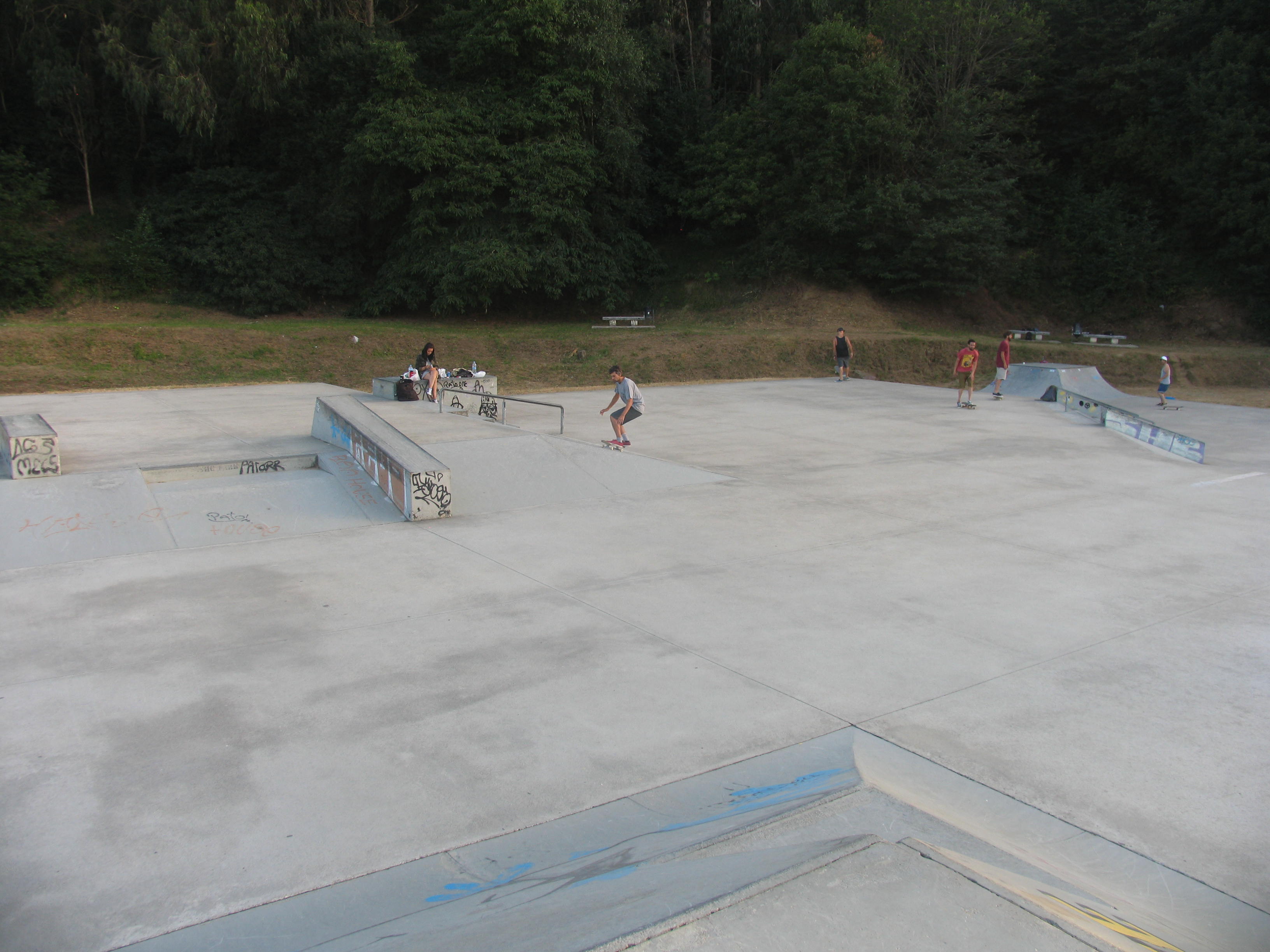 Since Monday 8th I was focused on the next week. I was expecting the week to be very boring, and that’s what happened. From Monday to Friday nothing really happened, I had been organizing the American’s guy arrival and planning the skim contest we’ll be doing August 20th, where the DB Skimboards riders Adrien Raza and Friedrich Flüh are going to come.

On Monday the water of the skimpool was dirty again, so I had to spend almost 2 hours cleaning it. On Wednesday morning I went to Riazor, the Deportivo de La Coruña’s football stadium. As a huge football I am it was a must for me to go and see it, while also buying the club’s scarf for my scarfs collection in the official shop.

On Thursday we were told that people would have free entry in the skimpark since then because entries were spent in the information points (people were given an entry for every 20 € spent in the shopping center), probably because they expected less people to come and give a chance to skimboarding. It meant that we would have more people than ever before and some fathers will let their sons for just “playing in the water”, which can be extremely disappointing and can transform the “skimpool” in to a “pool”. My friend Rodrigo and I will do our best to not reach this level.

Yeah, you know what we do on Saturdays. We usually do interesting workshops (except for the little skim contest we did for kids two or three weeks ago and the one we’ll celebrate August 20th), but this time the shopping center decided to do an obstacle race (all workshops realized before were organized exclusively by VooDoo Skimboard), closing the skimpark. The race was supposed to be organized by La Coruña’s firefighters with the help of Ballyhoo animation crew, and the obstacles were promising, but it didn’t go as expected. In fact, it was the worst disaster ever done in the skimpark. There was just one firefighter who did nothing, the obstacles weren’t the ones they told us, and the animation crew was a shame. To get things worse, all the people who organized that were unfriendly and unpleasant. All together made the attendance be lower than the people who come in average in the skimpark in a single afternoon (around 30). We, the three monitors, felt like we were wasting our time doing stupid shit. At the end of the day we leave the shopping center at 10 PM because we had to help them and we had to reestablish the skimpark like it was before. I didn’t even take a photo of the obstacle race because it was a shame and I don’t want you to lose any more time with this.

I woke up at 10 AM, had a shower and went to buy some food for the guy who would came in the afternoon. I started to write this article and select the photos you’ll see here, and that took the whole morning. After having lunch I went to the skimpark to get it ready for our American visit later in the afternoon, as the skimpark was absolutely converted the day before with the obstacle race. After letting all like it was before, I went to the bus station to guide the newcomer in La Coruña from there to his new home. He was supposed to arrive at 6:45 PM, but his bus was coming from Porto and it delayed a little bit. After waiting some extra time, at 7:15… Adam Balaam arrived to the city!! I didn’t really recognize him at first sight, so I came next to that guy, asked for him and he answered that yeah, he was the American I was waiting for.

We went to my flat, let his things there and went for a walk to the center of La Coruña. I showed him the three most iconic places out there and we went having dinner afterwards, we were really hungry. After having a good sandwich we went back home in order to see first Barça’s official match of the season, and fortunately it won 0-2 against Sevilla.

We were done for the day, expect some awesome videos and photos in the next article, this guy truly shreds!!!

Instabanger: Urban skimboarding at it's best with another update from the @voodoo_skimpark live on SkimMagazine.com! @costis7