On Saturday June 14, the Northeast Skim Tour held it’s first competitive stop of the 2014 at Charlestown Town beach in Charlestown RI. Following the skim gathering in May several skimboarders from New York joined the ever growing cast of participants from Connecticut, Rhode Island, Massachusetts, New Hampshire, and Maine.

When we showed up that morning, the sound of the waves let us know that the swell had held overnight and that so long as the wind remained light and offshore our day was going to be a blast.   When it came down to the final heats in each division the tide was ebbing and the waves were working well on the sand bar setup.

In Boy’s Conor Sullivan upset the 2013 boy’s division victor in Michael Blanchette and new comer Cooper Stearns. The Jr. Men’s division had a great day of competition but in the end last year’s first place finisher Ian Wright was edged out by the local contingent of JJ Johnson, who earned a second place finish with smooth and consistent riding, and Trevor Kane who took top honors with his speed and excellent wave reading.

The Men’s division was once again the standout, barn burner of a competitive showdown that we have come to expect including back to back semi-finals where riders were trading wrap to cover-up liners in duking it out for positions in the finals. The final was a fantastic blend of riders from around the region and truly embodied what we hope to do as a competition series in bringing together the best skimboarders from around the Northeast.

In fourth place, Aaron Barmmer hailing from Cape Cod made his first final of the year after a very close battle with his twin brother Noah in the semi finals. In third place, John MacMullen of Connecticut made his first Men’s division final since sweeping the Jr Men’s division in 2012. In second place Liam Kommer made the trek up from Long Island and picked his way through the lineup to take out a respectable final ranking in his first competition with the Northeast Skim Tour. But, it was Drew Plourd, 2012 NEST Champion, who three-peted with a Charlestown win and first place title with explosive frontside snaps and a deft skill for picking the right waves at the right times.

It was a fantastic showing and has all of us looking forward expectantly to the second stop on Cape Cod Come July 13th, especially with Austin Keen in town to act as a skim guru and celebrity judge. We hope to see all you Northeast Folk on the Cape and until then keep tuned in to @Northeast Skimboarding. 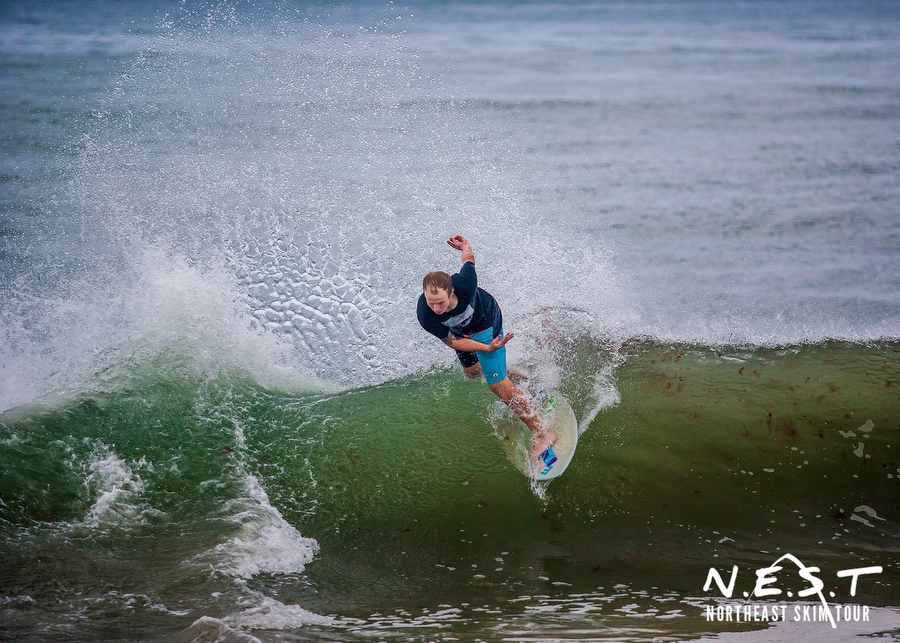 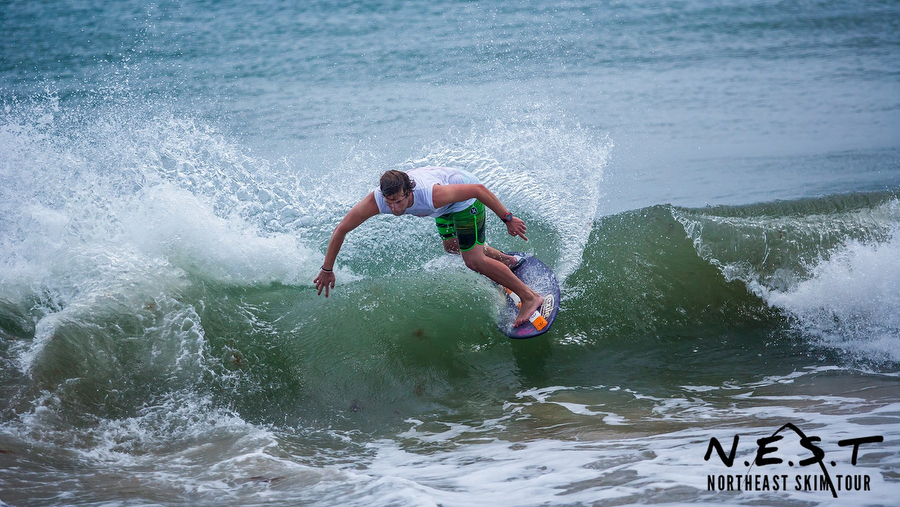 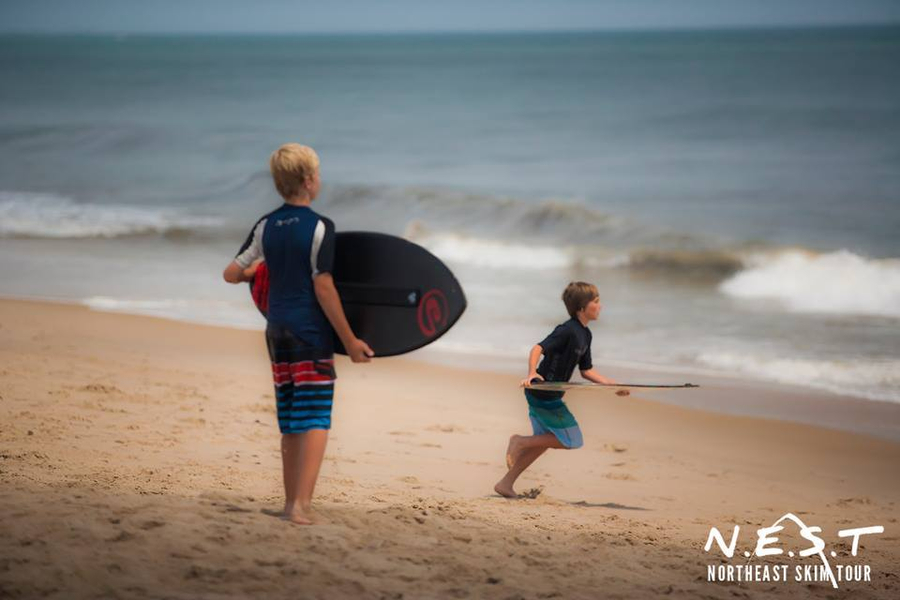 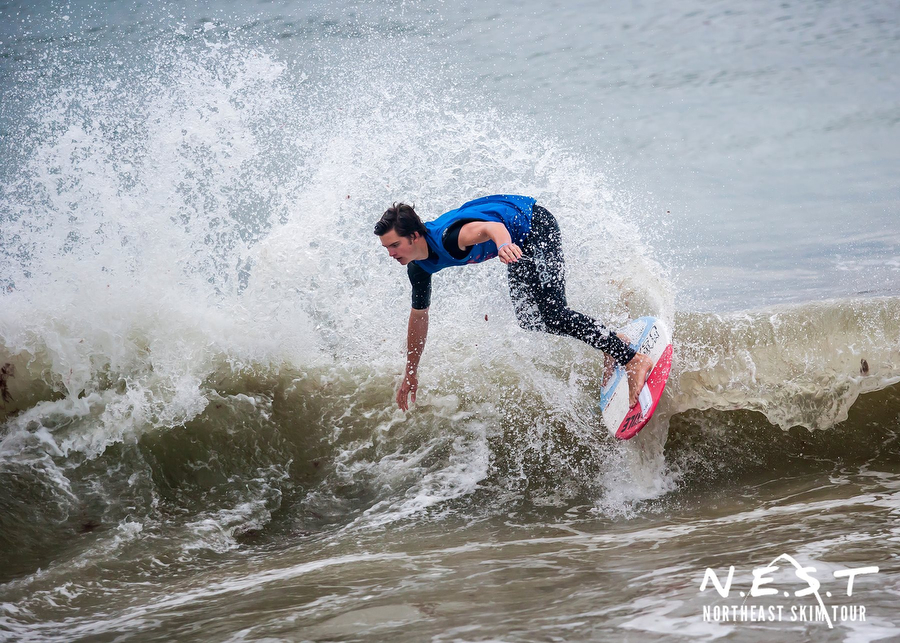 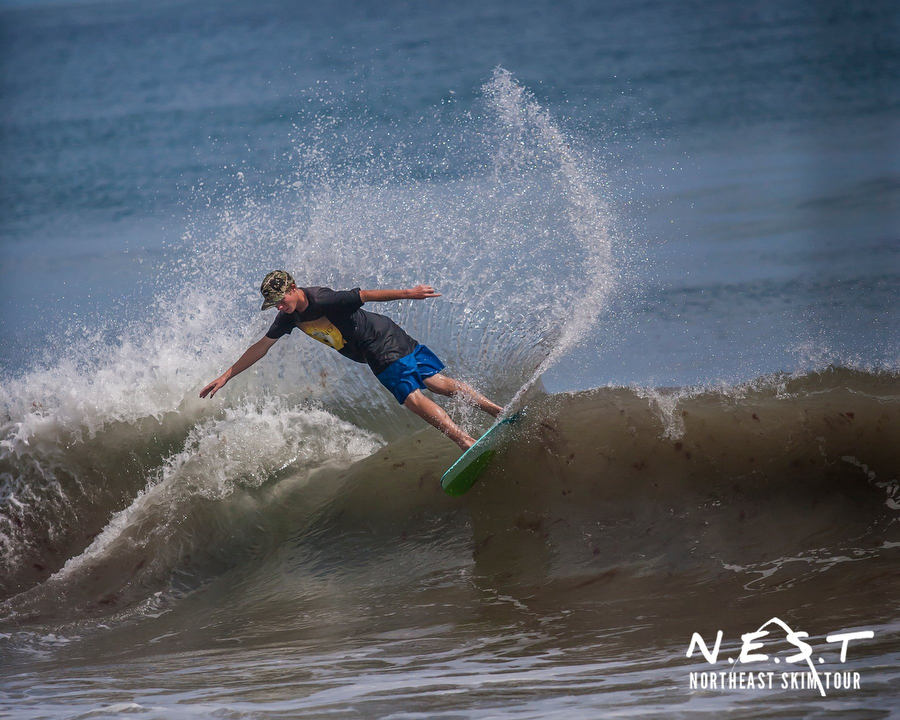 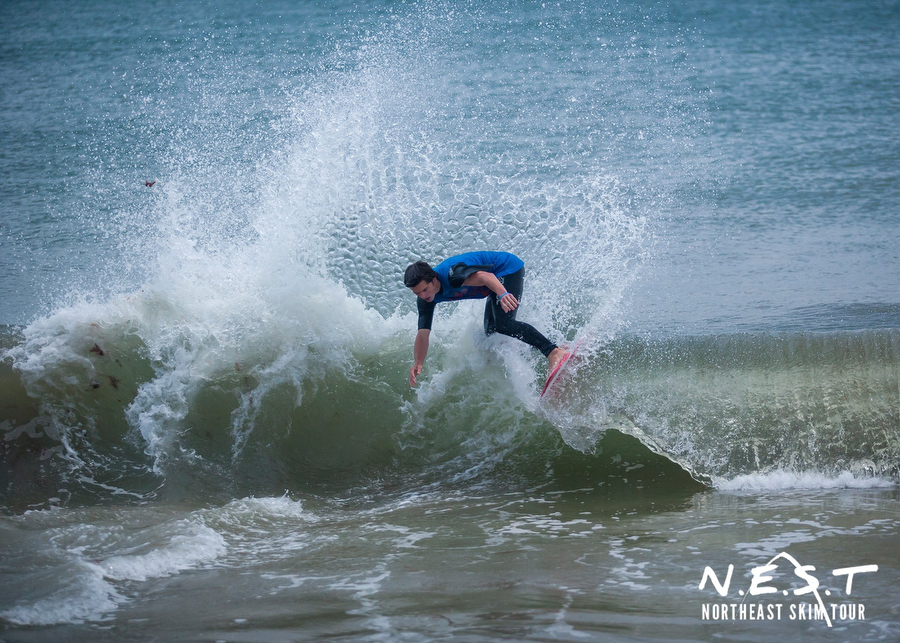 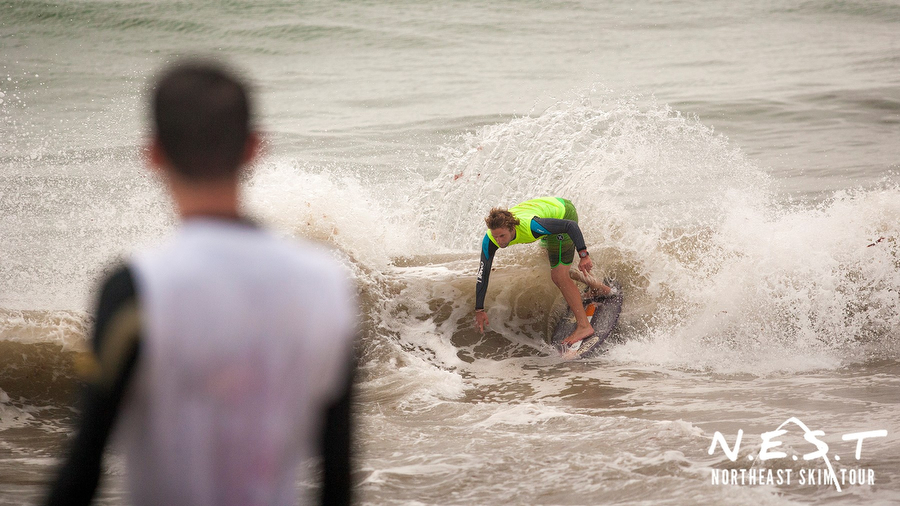 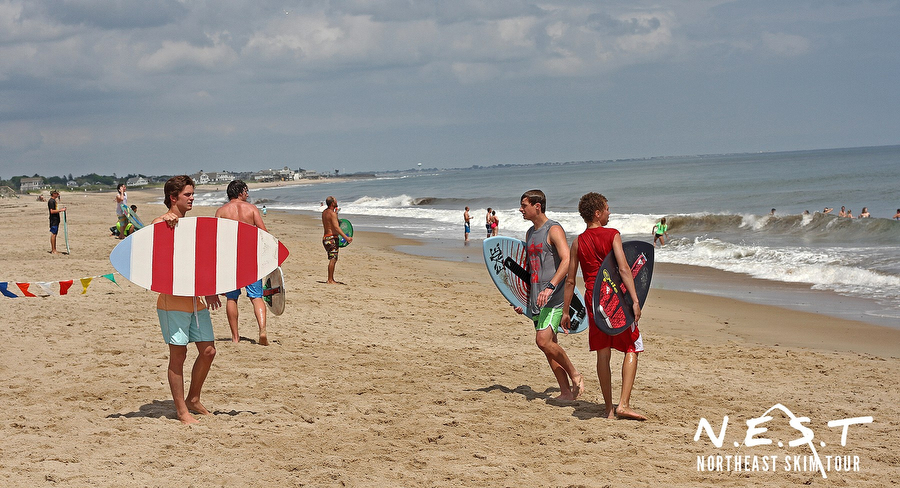 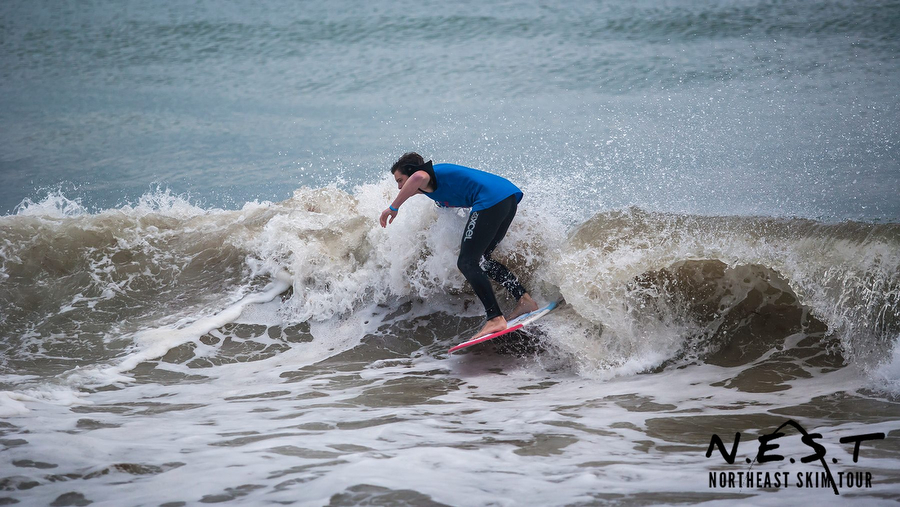 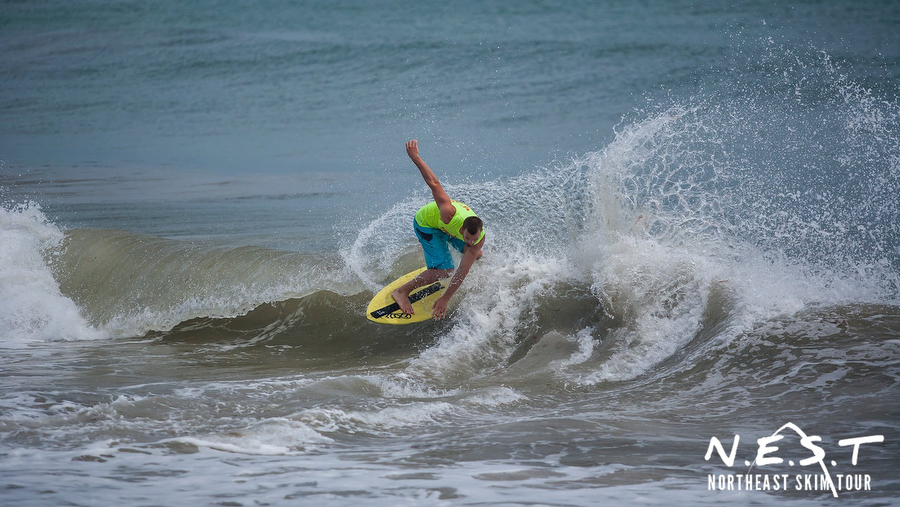 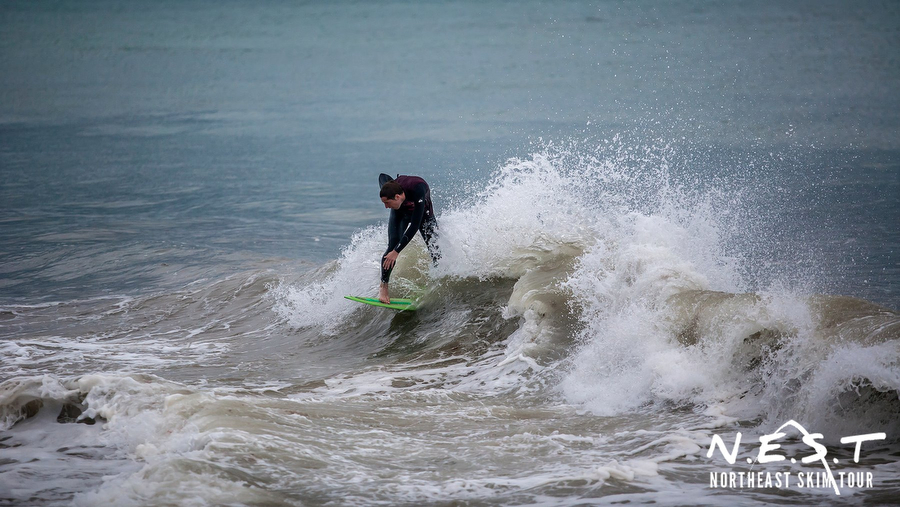 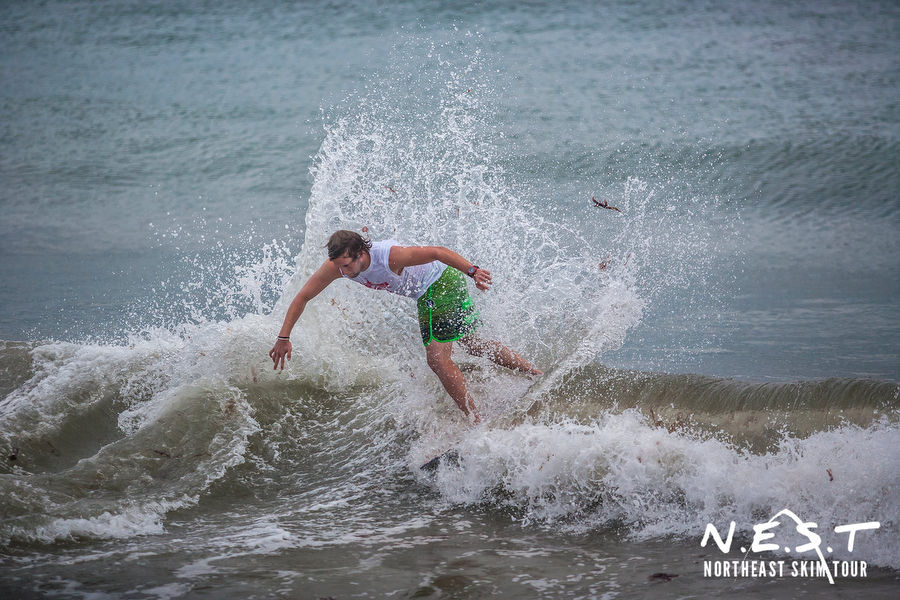 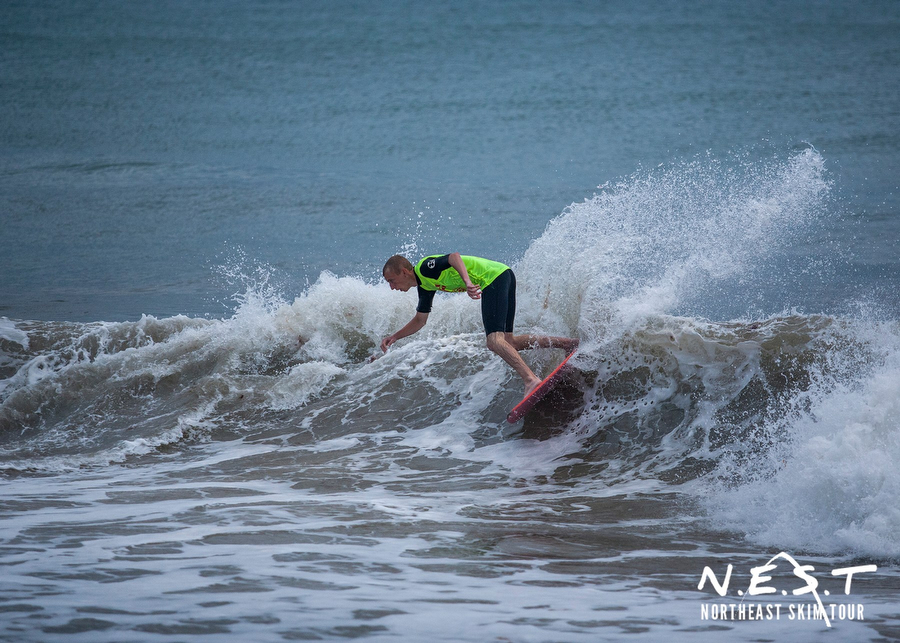 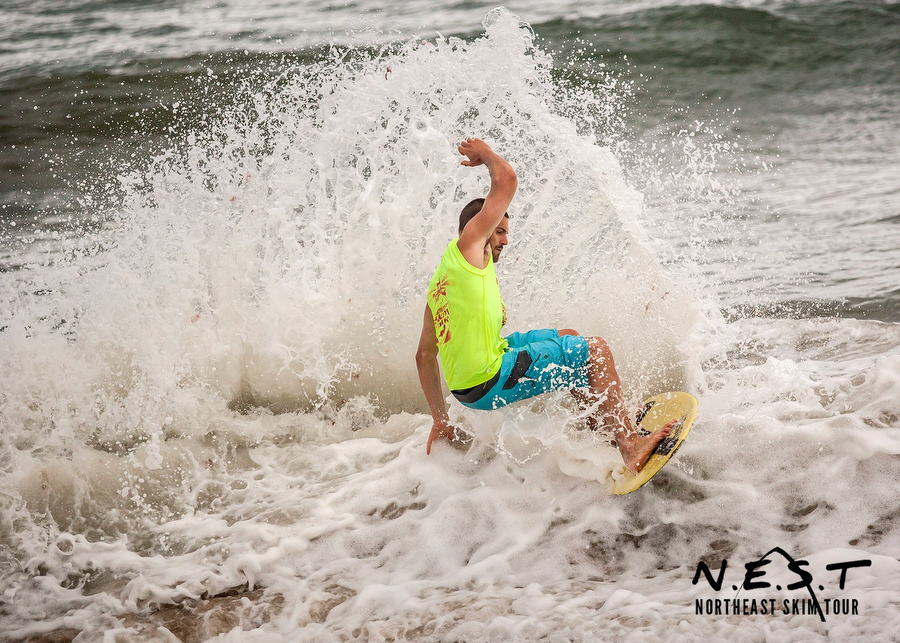 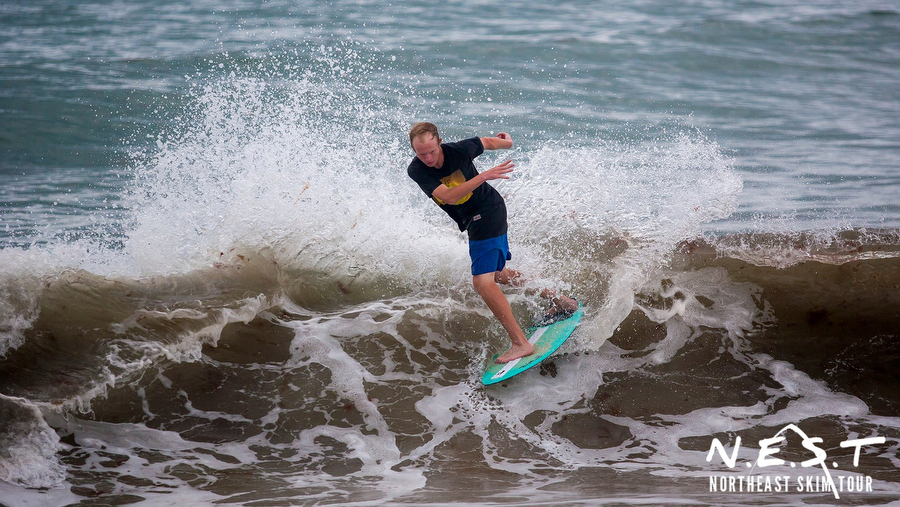 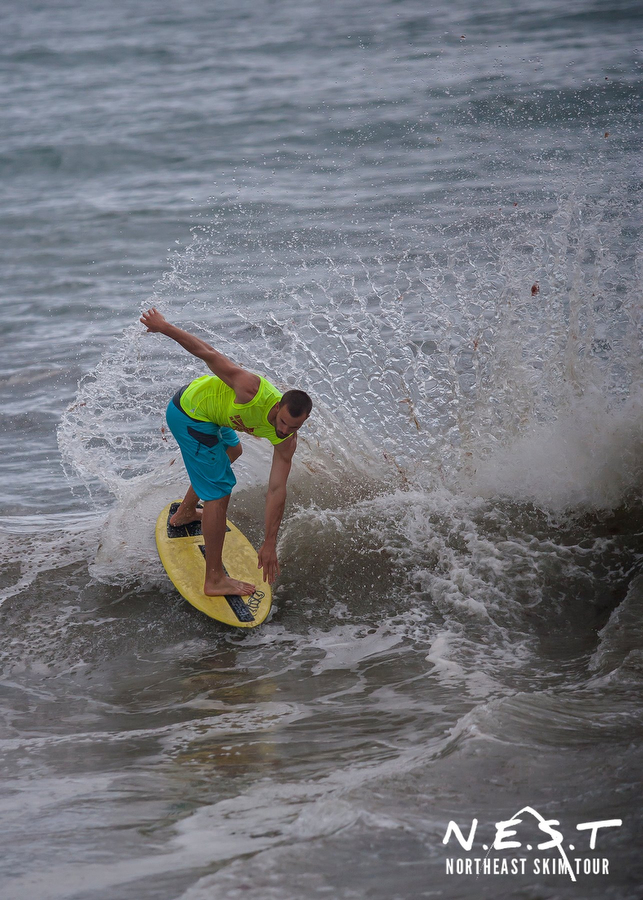 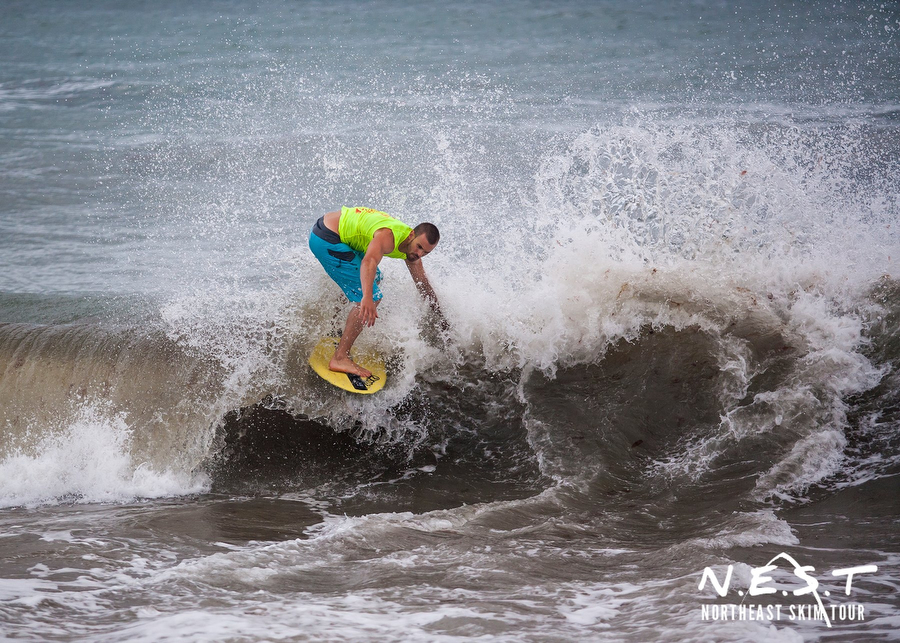 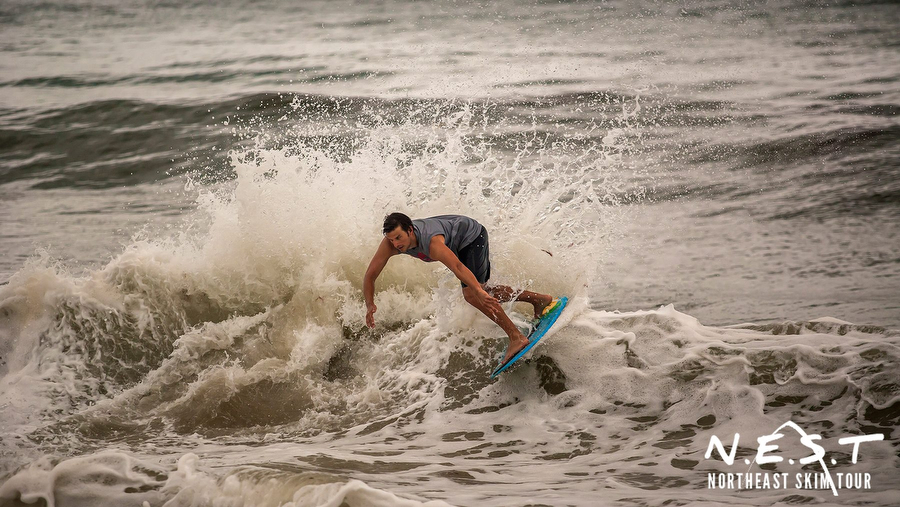 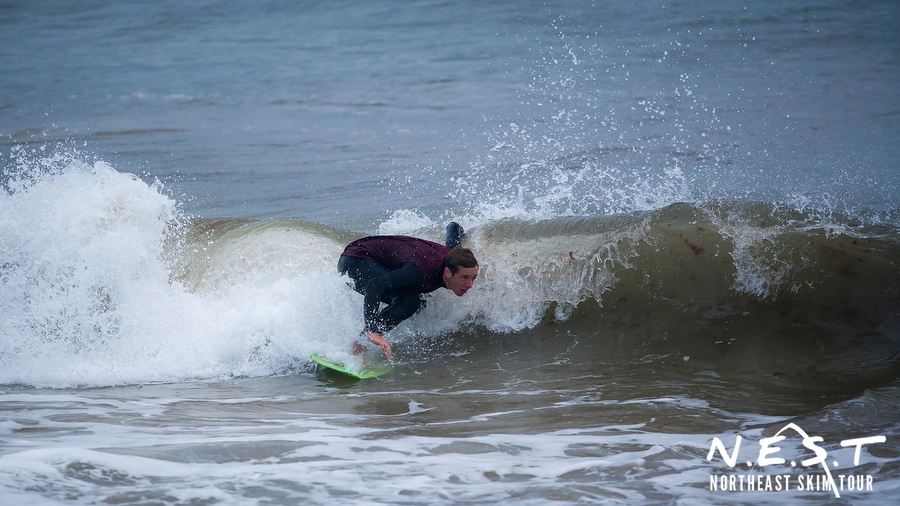