Shorebreak The Evolution of Skimboarding

Shorebreak the Documentary has taken the world by storm in the last year. Seems like the word shorebreak is closing language barriers and crossing oceans. Shorebreak has visited hundreds of beaches worldwide in the past year. Covering not only the world tour but also going to the corners of the skimboarding earth to try an uncover the truth of the origins of the sport.

Observing the sport from the heart and soul of the skim community shorebreak left no room for error to uncover the history of the evolution. Searching through the community of skim families to help share this daily passion with the rest of the world. The director of the film is a orange county native and grew up within the beach culture all of his life. Receiving his higher education at Dominican University of California. His films always help to reflect his company methodology to uncover and reveal the truth. This is his first sports documentary but Mr. Liuzzi has made several productions and has also assisted in sustainable global relief efforts and through his works has helped to raise millions of dollars for education and charity efforts.Shorebreak : the evolution of skimboarding is scheduled to be released in the early part of 2015. Helping to reveal the history and growth of the sport and community of skimboarding.

Artists : What so not
Song : Touched 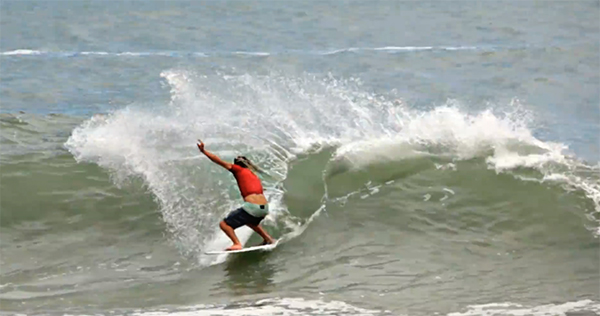 Scott Bishop shreds a truck tailgate on a skimboard