The 2016 Florida Skimboarding Pro/AM went down at Vilano Beach in Florida as part of the United Skim Tour. This years event had some of the best skim conditions in recent memory with near perfect liners throughout the contest.

Competition was stacked throughout but in the end 2015 champ Sam Stinnett earned his first win of the year placing him to within striking range of the 2016 UST title.

John Akerman earned second place in the event also placing him within striking distance of the 2016 UST title.

Perry Pruitt and Austin Keen got 3rd and 4th keeping their title hopes toasty over the fire while Max Smetts and Jackson Tenney landed in 5th and 6th. 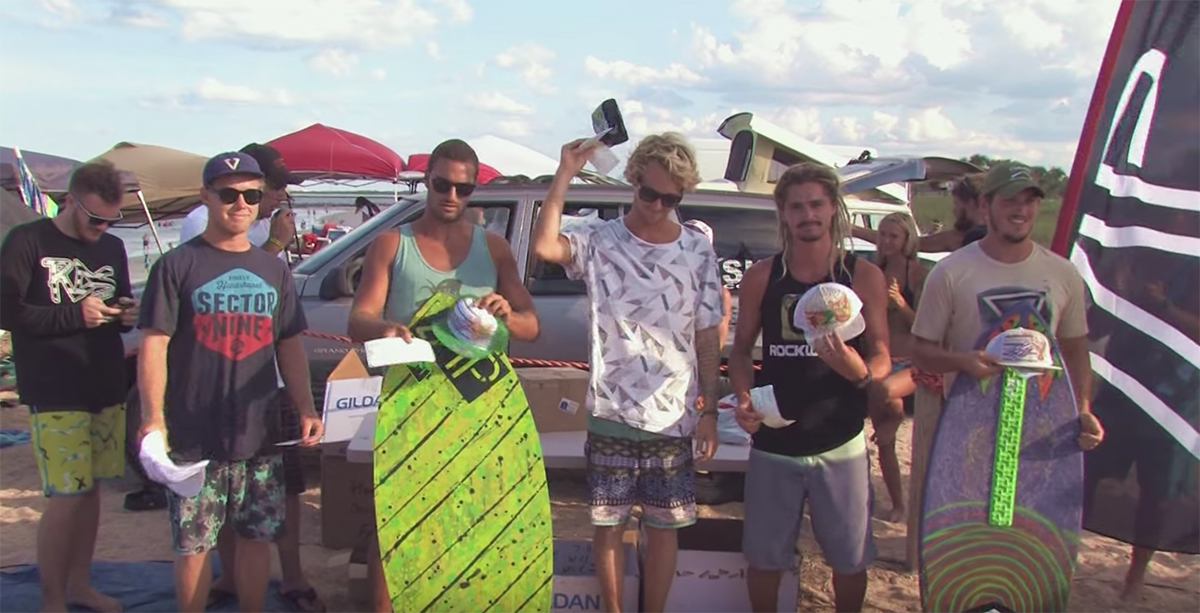 Skimboarder Wipeout at The Wedge!! INSANE!!