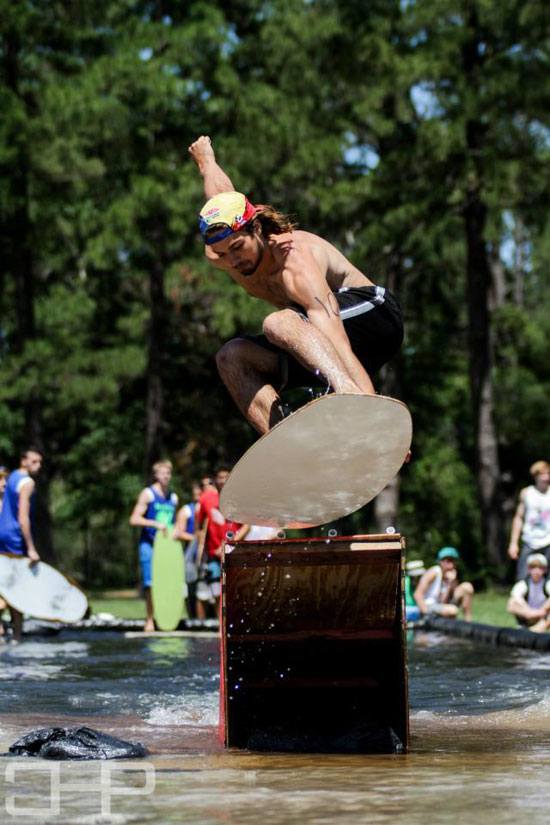 Where are you from?
Houston Texas

How long have you been skimming?
A year and a half

Where do you skim normally?
Cypress creek all day 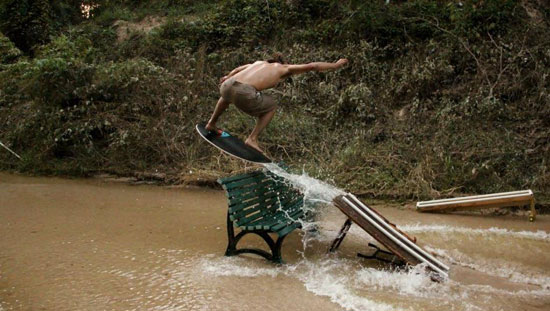 Who do you skim with?
Mitch elder, Mitch “the water” Daues, Tyler Kelly, Jonathan Cisneros, Penguin, Ryan Cook and Wilson Girten, probably some more but all really, really radical guys.

What is your favorite skim spot?
Cypress creek!

Where have you traveled to skimboard?
Drove to Galvaston once to try and get pitted flatland style

Where do you want to travel to skim?
Man I wanna skim in the streets!

What board(s) do you ride?
DB large standard

Do you wave skim? Flatland? Both?
I skim up stream flatland

Do you compete?
I’ve been in contest I wouldn’t call it competing though

If so, what competitions have you competed in?
Last year at skim jam I just ate a bunch of special brownies and showed up to skim jam so blown out my mind and just floated around of the ramps and shit just chillen, it was dope fools where goin’ mad crazy tryin’ to take first.

And what are some of your contest highlights?
Busted a sweet melon grab it was like shihhhhhhhkaaaahhhhhh and every one was like “woah mega tweak dude”.

Do you have any sponsors? What companies?
2GNAR TX FL SK

What other board sports do you partake in?
Skateboading 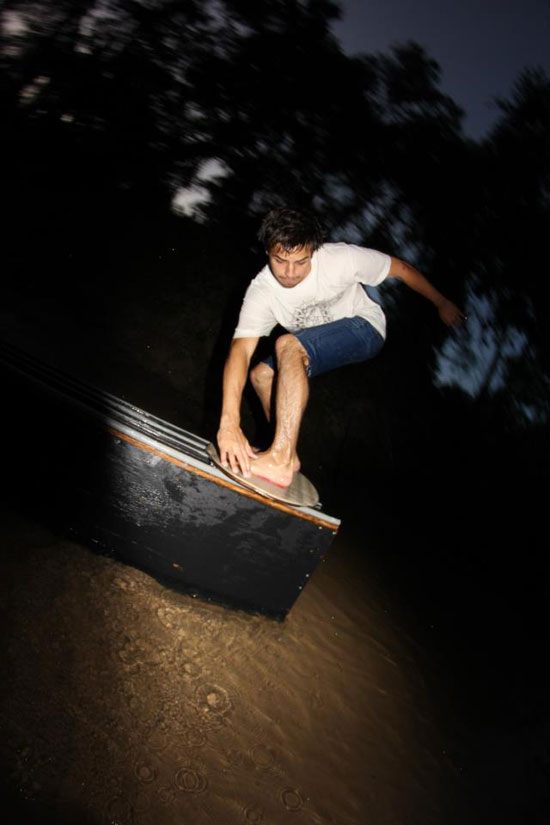 Where do you see the skimboarding going in the future?
Honestly I see people getting so nuts that everyone’s gonna end up wearing shoes because flip tricks are gonna be a daily trick to have in your bag

What riders influenced your skimboarding?
Kyle lynch and Emile Panerio he’s got the dopest style, of course Blake Z because he’s showing what’s up with flip tricks on everything and anything and getting them consistent, so much hype for those dudes.

What riders are pushing the sport right now?
Adrian Raza with the tre flip, Fredrich Fluh, super sick Emile again, Blake..man there’s so many people there’s like ten in just Texas. I’m just gonna say anyone doin’ there own thing and making up original tricks on original rails and setups.

If you were stranded on a desert island that already has a plentiful resource of skimboards what three things would you bring?
A fat sack, seeds to cultivate my farm and papers.

What makes you happy?
Dank stank, high times, high tides, skimmin’ up stream, screaming in the woods waiting for Mitch, skateboarding, skimboarding, people that think Texans still ride around on horses (I wish we did you have no idea how sick that would be).

If everyone rode a skimboard would the world be a better place?
I don’t think there’s enough water for that.

Last words? Shout outs?
What up Efaw! Shout out to Garret in NC! Shout out to Fredrich! Shout out to all the 2GNAR HOMIES! Shout out to everyone making it happen all around! Shout out to Mark Viscounty most off all shout out to my boy ROB G couldn’t have done it with out you, and all the boys over at double dux workshop, and the PDK WESTGATE CONNECTION. Don’t come tide watching at the creek, pick up your trash, keep skiming and keep rollin them fat.