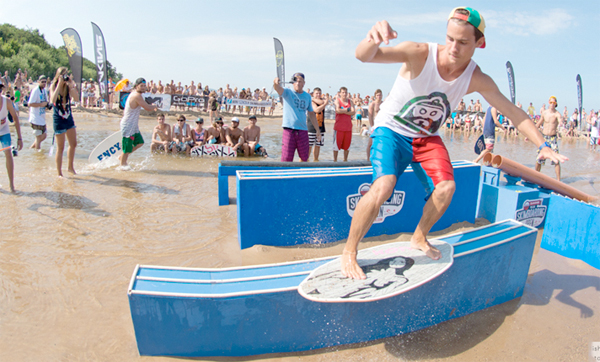 I was lucky enough to attend the 2013 Polish Skimboarding Open in person this year since it was the last stop of the three week European skim tour I was on with DB Skimboards. We wanted to spend several days in Poland before the contest, but due to someone breaking into our van in Denmark, and stealing passports we only made it to Poland the night before the second day of the PSO.

To put it simply, the skim scene in Poland is amazing. I wish I could have been there longer. Lots of riders and lots of people stoked on skimboarding. The PSO has the largest skim contest setup I have ever seen and was easily one of the more organized contests I have ever attended. A live DJ, a great MC and host, epic features and plenty of other entertainment to keep people occupied inbetween heats.

The PSO is the longest skimboarding contest I have ever been to with 20 and 30 minute heats and the contest goes for two days, which was different from the contests in the United States and Canada I have attended in the past. It also was the first skimboarding contest I was ever given a press pass for and that handed out medals to riders, participants and fans. If you ever get a chance to go to Europe plan it around the PSO and checkout Gadnsk.

Now enjoy the Polish Skimboarding Open in all of its glory… 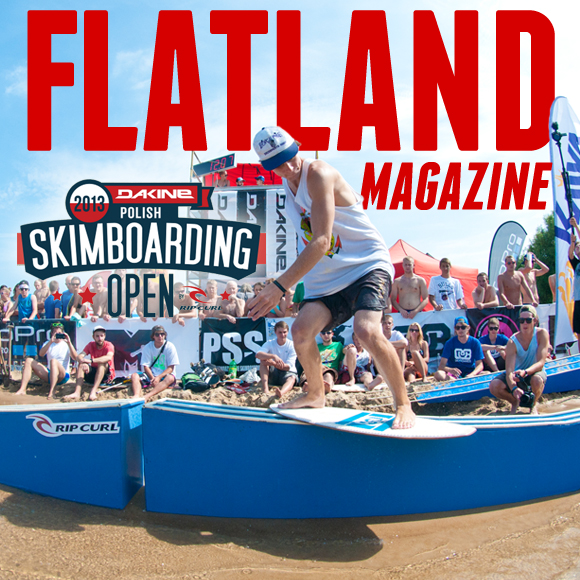