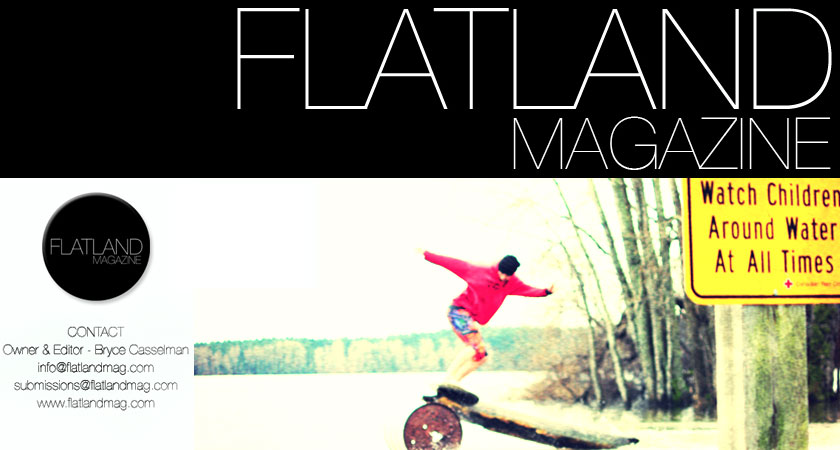 TEASER ISSUE :: CLICK HERE | FlatlandMag.com
To start Flatland Magazine off editor Bryce Casselman was Q&A’d by ex-editor of Tydle Magazine Kyle Lynch.
KL: First I have to ask you to translate a few lines from skim talk into plain english:
“Spanish was sick, up until the bunk tide washed away our spot and from then on it was nothing but pooches. If that wasn’t wack enough, i got snaked by a grom and my grandpa knees are screaming.”
BC: Well golly gee we had a swell time at Spanish Banks that was until mother nature swooped in with her mighty force and rose the ocean levels making the conditions no longer ridable. Now if that wasn’t a kick in the pants a young man zipped by me while I was about to perform radical maneuvers and to top if all off my shaky old bones aren’t what they use to be, pass me the advil.
Ok that was fun what else you got for me Lynch?
KL: You have been involved in the sport for ages, what makes you want to take on a bigger role in the industry?
BC: I have its definitely been a few years for me, more of an enthusiast to start which lead to brand ownership and throughout the last few years a freelance photographer for Foreverskim and other media. To be honest I think its a good fit for me. I have lots of contacts within the industry and have made a lot of friends along the way. I’m in a very neutral position as a photographer, over the last few years I’ve seen a lot of banter go back and fourth between people online and well thats just wasted time and energy people focusing on the wrong things and well it makes the scene stale. Many things have come and gone, brands, riders, media, and website. I look at Flatland Magazine as an opportunity to get the ball rolling on uniting the community much like you did with Tydle Mag.
KL: The idea of a flatland skim mag has been floating around for a while after Tydlemag bit the dust, what makes you think you got the skills to pay the bills?
BC: Good question. Much like I just said a second ago I have many great contacts whom I’m relying on to help me push this along. It will be mainly a solo show behind the scenes but I’m confident we will see a ton of support for the mag from both riders and brands. Keeping things simple and not getting to far ahead of myself will be part of the key to success. Don’t wanna play the age card but put it this way I’ve got years of business experience that will play a role for sure. Make a plan stick to it and stay positive.
Read the full interview at FlatlandMag.com 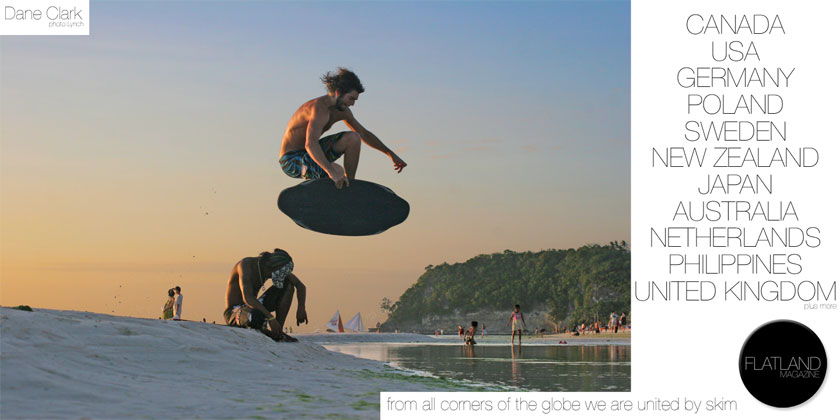 There’s been a great buzz in the air since dropping this thing yesterday. Its been a long time coming and it shows it was needed as the magazine has received great feedback so far. It’s really no surprise that it went down, well kinda, but it was bound to happen sooner of later.
One really cool feature the site has is it members only area called FM ARMY. Its for all you die hards that just can’t get enough flatland skim. As Flatland Magazine grows we’ll be adding new features so supporters can really have a unique experience and be connected like never before. Click the banner below and JOIN TODAY!