Skull Skates skimboards bumps it up a couple of notches for the 2013 season. Born from the infamous Spanish Banks tidal flats in Vancouver Canada in 1995, Skull Skates Skims has proven itself as an innovator in flatland skim design for 18 years as of this season. Skull has renewed it’s commitment to their skim program with the following: 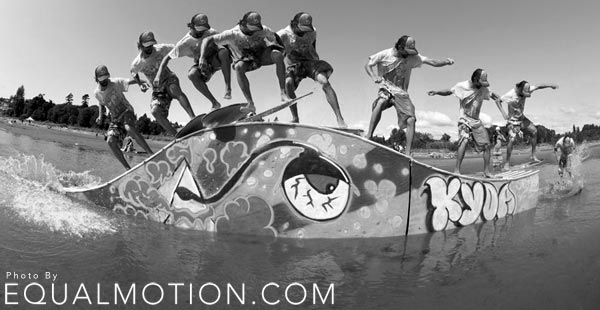 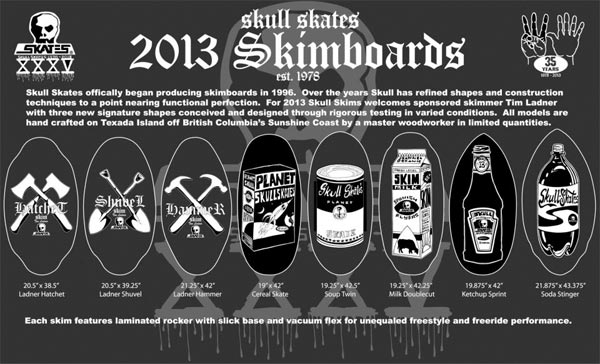 For over 15 years, Skull Skates has designed and produced handy skimboard tide charts for Spanish Banks allowing skimmers to dial in their sessions during optimum skim conditions. Available at PD’s Hot Shop, 10th & Alma Vancouver, the Spanish guard huts during the season or any time from April to October online at skullskates.com HERE. 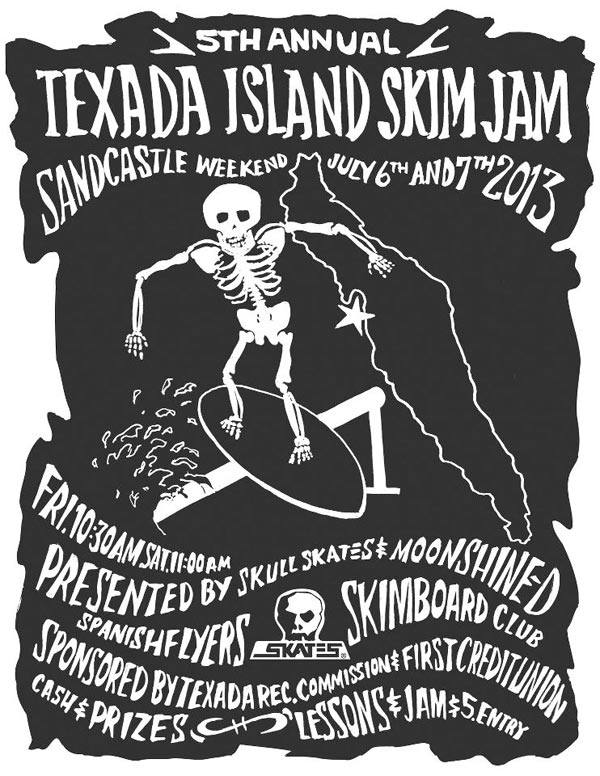 In recognition of Skull Skates Skims’ 18th year, the first 18 people to email and tell Skull what they love about skimboarding will receive a free ‘Tide’ skimboard DVD filmed at Spanish Banks and a skimboard sticker pack. Email mailorder@skullskates.com