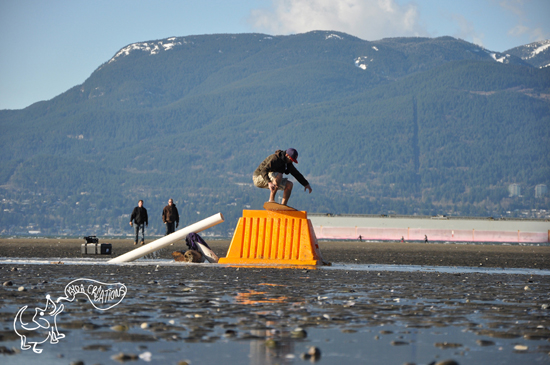 The sun was out and so was the tide on a windy, cold spring day in Vancouver. Tim Ladner pulled up to my house with a long single pipe hanging out of the back of his little Mazda compact. I loaded up my media gear and managed to awkwardly slither in the front seat with the piece of PVC as close company. We were off to Spanish Banks, Vancouver’s premiere flatland spot. As we arrived we felt the usual arctic breeze that locals associated with this beach and instantly hardened ourselves to continue on. We were greeted with some of the worst conditions possible: a razor clam per square inch, blustering wind, and the cold. Tim didn’t seem to care he wanted to skim and capture some bangers, so he began to set up the single pipe in a tidal pool. It was then that I noticed the big orange barrier in the distance. I had to sort of convince Tim it was a good idea to set it up behind the single pipe but in the end like he always does, he threw down.

Just a taste of went into filming our full-length video Insufficient Funds, due out in May along with our spring line of clothing. Until then check out kydacreations.com for more videos and join our fan page on facebook. 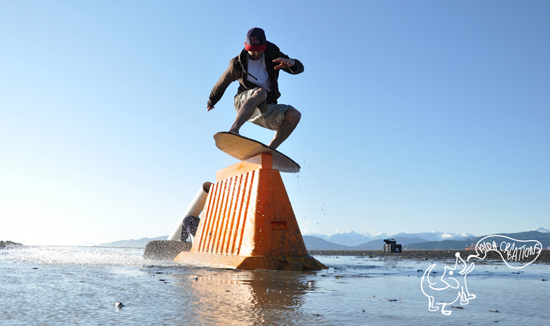 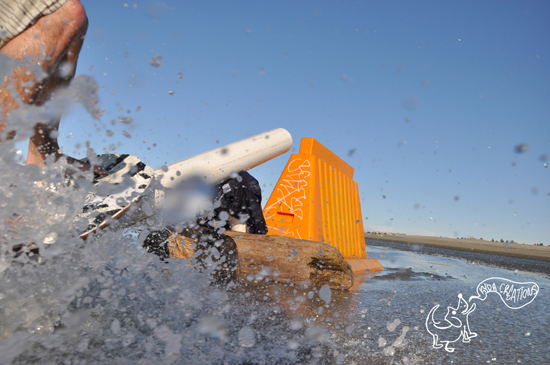 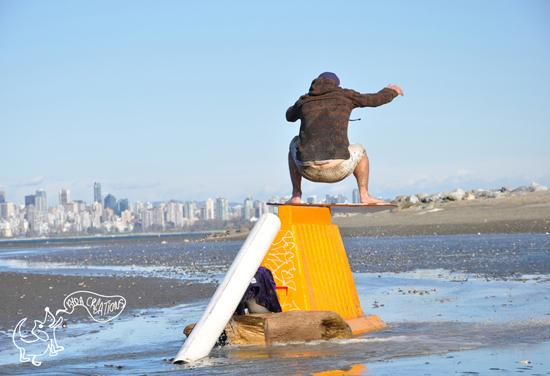 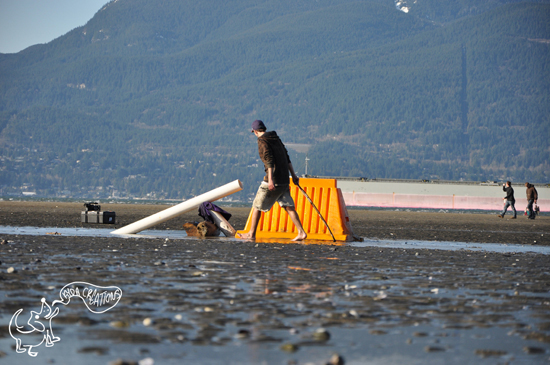