DB Skimboards team rider Devin Poulton just dropped a new video featuring skimboarding in White Rock, British Columbia. Kevin works full-time and is a dad, so he doesn’t have that much time to get out to the beach and film. He did manage to meet-up with Kyle Lynch to film this rad new skimboard film titled “Tropical Popsicle.”

Kyle Lynch did all the filming for this video and Devin took on the editing. Kyle also did the amazing artwork featured in this video. 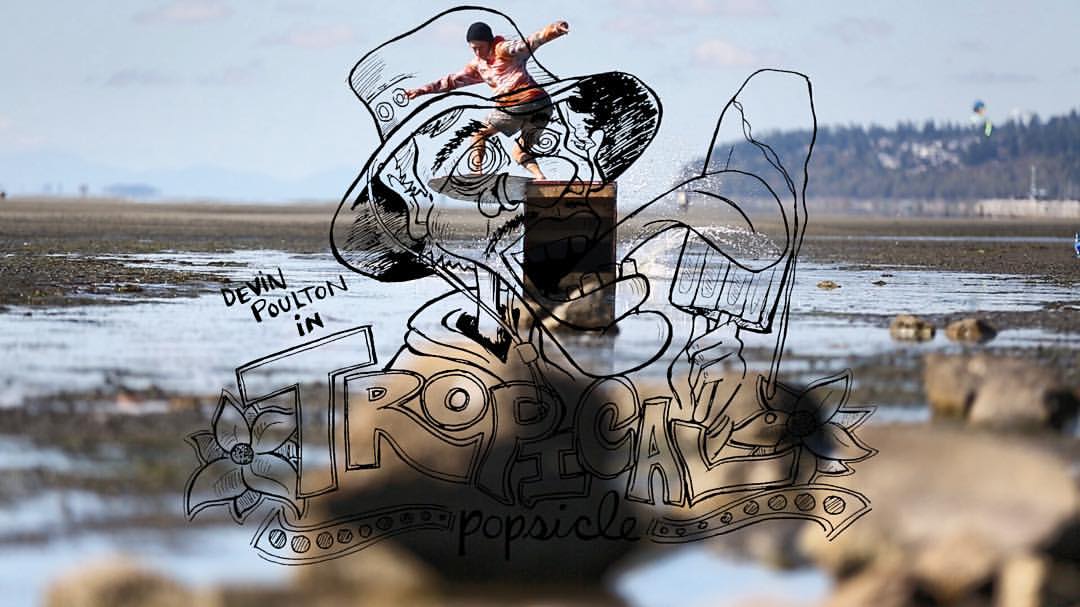