A look inside the Great Lakes Skimboarding Scene

A quick look inside the Great Lakes skimboarding scene with Matt Walters. Matt is a 26-year old skimboarder who lives in Toronto, Canada. He has been seriously skimboarding for 3 years now.

“The skim scene has been growing on The Great Lakes, but not so much on Lake Ontario,” Matt said. “It’s been mainly growing on Lake Huron and Lake Michigan. Mainly because Lake Huron and Michigan are seen as more of vacation spots in the summer and the main people that skim there only skim on the nice tourist beaches in the summer.”

The best time to skim on the Great Lakes is winter, spring and/or early summer if your into wave riding. It’s cold, but its the best time to go, reason being the water levels are higher and waves roll in closer the beaches. But once it gets mid to late Summer it gets super hot and the water levels are lower and then the waves break too far out and then its just flatland season, surfing and bodyboarding until Winter again. 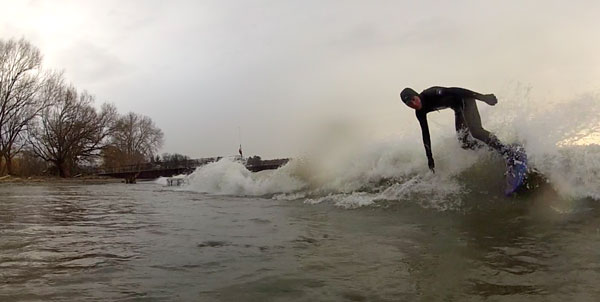