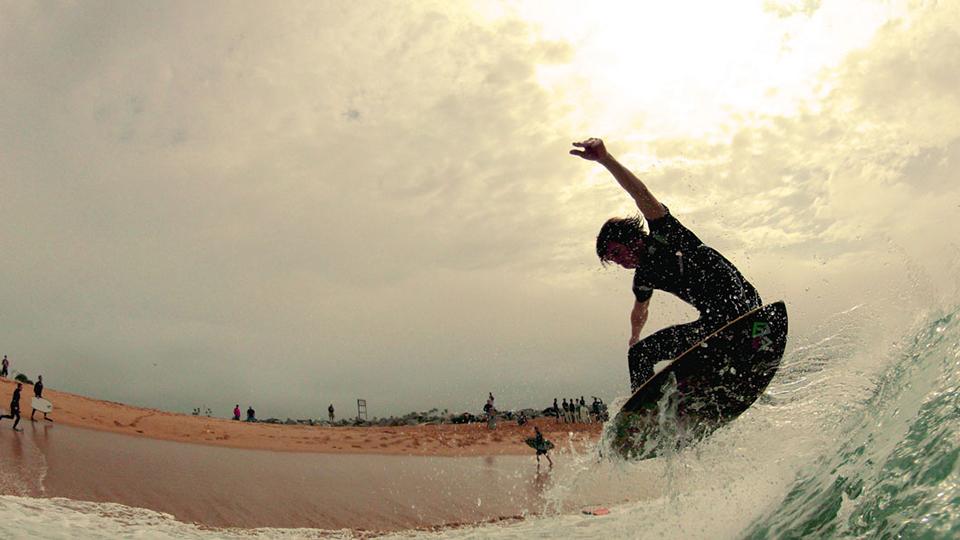 Profesional skimboarder and big wave rider Brad Domke was recently interviewed in Sports Illustrated Magazine. We are 90% sure that this is the first time a skimboarder has been interviewed in SI. We are stoked for Domke, Exile Skimboards and skimboarding overall with this new exposure!

Read the intro below and the full story by clicking here.

When Brad Domke travels to ride massive waves at such destinations as Puerto Escondido, also known as the “Mexican Pipeline,” he packs light. Whereas most big-wave surfers use boards over 10 feet to help paddle into waves, or “tow-boards” with foot straps, Domke’s quiver has neither. He doesn’t pack a surfboard. Instead, he prefers a 52″ skimboard. It’s 5/8″ thick, made of carbon fiber epoxy, symmetrical in shape, and weighs five pounds. It has no fins, no foot straps, no leash.

“I rarely get charged for it when I fly,” Domke says of his board of choice.

A lack of baggage fees is far from the only thing that distinguishes the 27-year-old regular footer from Wabasso Beach, Fla., from his peers, whether they are skimboarders or surfers. Domke is in a category all his own. The board on which he skims through shallow water into the shorebreak is the same one he he uses to ride waves of over 30 feet. Yet, it’s what happens after Domke lets go of the tow rope from the Jet Ski that whips him into the giant surf that seems to defy physics. Without the aid of fins he can hold a line and maintain control on the face of a wave. He can stall in the barrel, then race out and land 360 or 720 pop-shove-its, moves usually reserved for skateboarders.