The First Skimboarder in North Korea

We recently had the chance to talk with skimboarder/humanitarian worker/surfer Zeke Conner who works for the organization Surfing The Nations that is headquartered in Wahiawa, HI. They recently just got back from North Korea where they had the opportunity to do a surf and skate camp. With Zeke’s passion for skimboarding, he also got permission to bring the first skimboard into the country and share the sport. 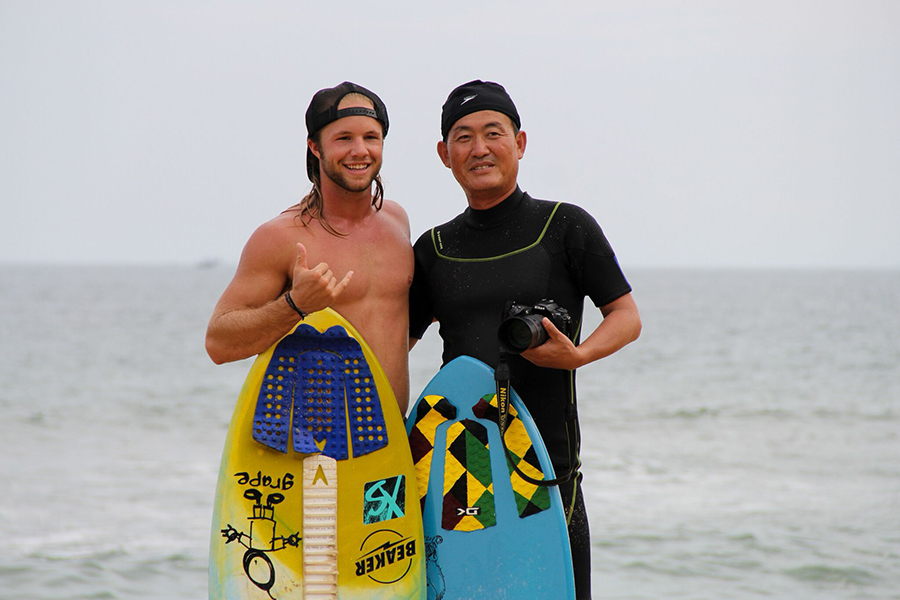 Q. What was it like traveling to North Korea?
A. Traveling to North Korea was almost indescribable. The trip is so rare and almost unheard of in this day and time, with that it carries it’s own uniqueness and experiences that you can’t get on any other trip. The U.S. Government did not recommend me going and family and friends tried talking me out of going. I was about to do what many thought was impossible and insane. I couldn’t believe it was actually happening until we got on the plane. Stepping into the country, my first impressions were “Right now I’m entering into the most mysterious and closed off country, that has the 4th largest army in world, to introduce the sport of skimboarding. While in the country we had to really be on our toes wherever we went though. We had to be careful how we carried ourselves and what we talked about. Before going on the trip I had to sign a paper saying that I agree I want talk about politics, share religious material, or take pictures of locals and many more other things. But throughout our trip, we were treated with great care and attentiveness, such as we had three full course meals every day and was always checked on to see if we were doing okay and enjoying ourselves. It was overwhelmingly good. The closest I’ve ever felt to being a king. 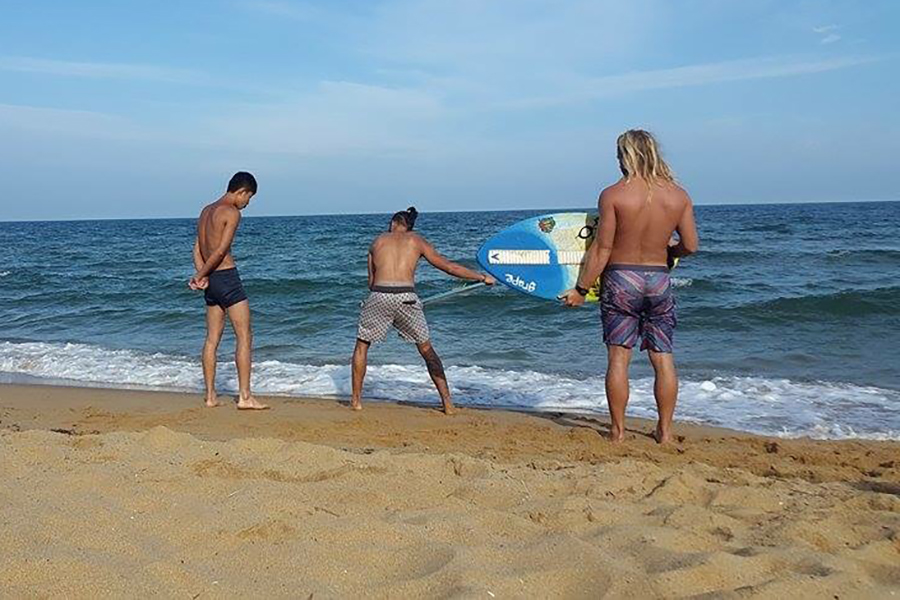 Q. Were you being escorted the whole time?
A. Yes! We were escorted the whole time while in the country by 5 tour guides(4 males and 1 female) from the Korean International Travel Company(KITC). We actually built a very good friendship with our guides. We would hold conversations, laugh and play jokes with each other, and share our lives with one another. One guide was the tour guide for our 2014 trip to North Korea. So it was cool to see someone we knew in the country and pick back up where we left off. 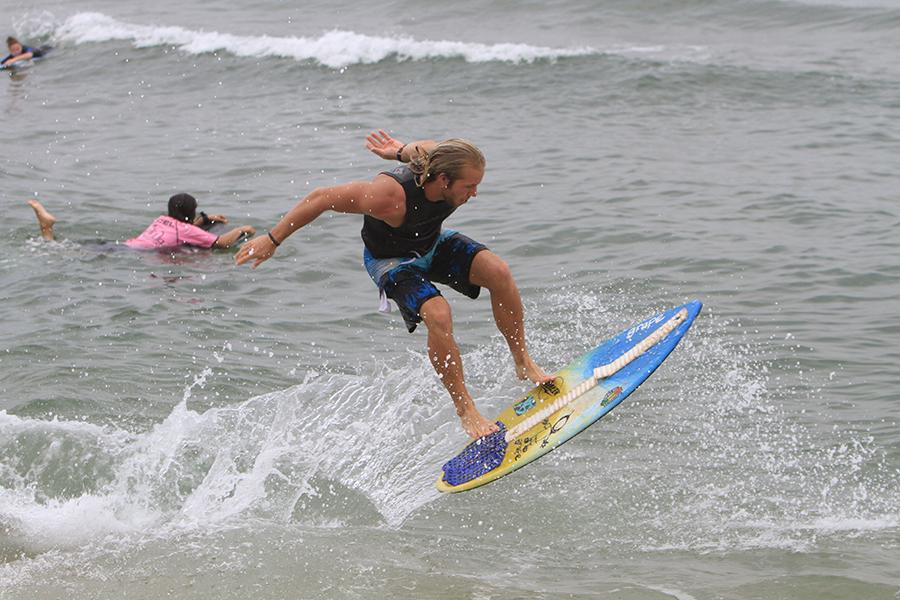 Q. What were the North Korean beaches like?
A. My team and along with the locals, only have access to two of the beaches in the entire country. The beaches we went to were so beautiful and clearly well maintained. I remember waking up early in the morning and seeing workers raking the beaches to make it look nice for the new day. No trash could ever be found lying around. The sand was fine and light brown, reminiscent of the beaches on the North Shore of Oahu. Walking along the beach, thousands of the most perfect shaped clam shells lay on the shoreline – almost as if they were placed there as a gift to us! 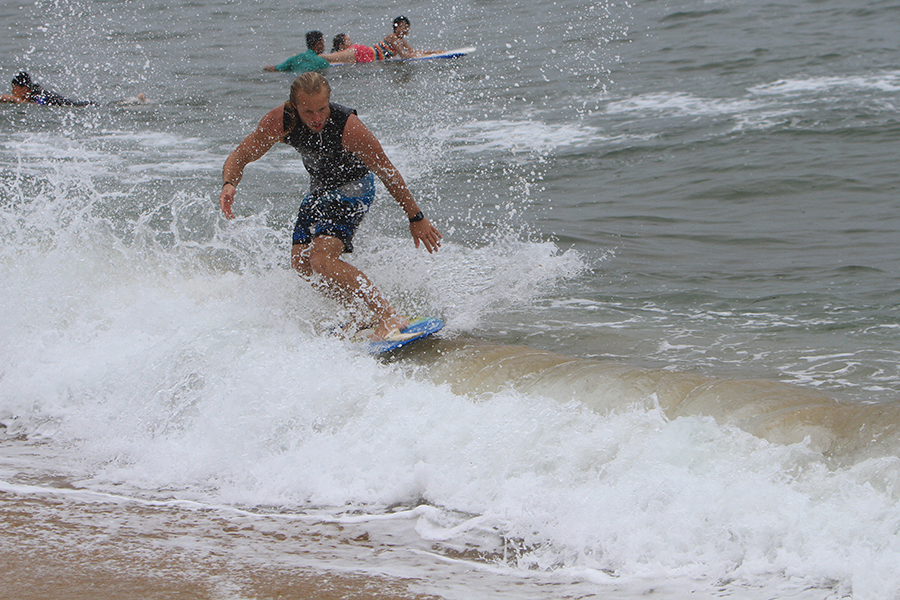 Q. What were the waves like?
A. For the five days that we were there, the waves were pretty small. It reminded me a lot like the waves in my hometown on the Gulf Coast in Florida. On the first day we arrived, there was clean waist to chest high sets rolling in. When waves came in, it was a pretty good place for skim. You could catch some airs and wrap the waves to ride it back into shore. I would say it is a very comfortable place for beginner skimboarders to learn especially the Koreans. Overall, the waves were fun. No crowds! 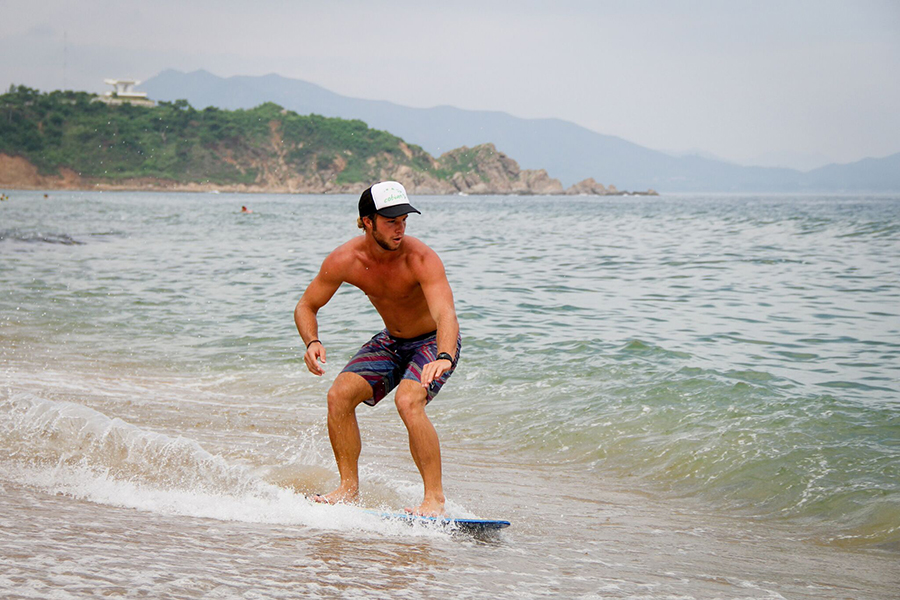 Q. Would you go back again?
A. I would most definitely go back! Surfing The Nations(the organization I work for) has made a commitment for return trips over the the next 5 years. To be able to share my passion for skimboarding with a culture completely unaware of its awesomeness was both humbling and uplifting. That is what draws me back. We go to not only bless but to build. 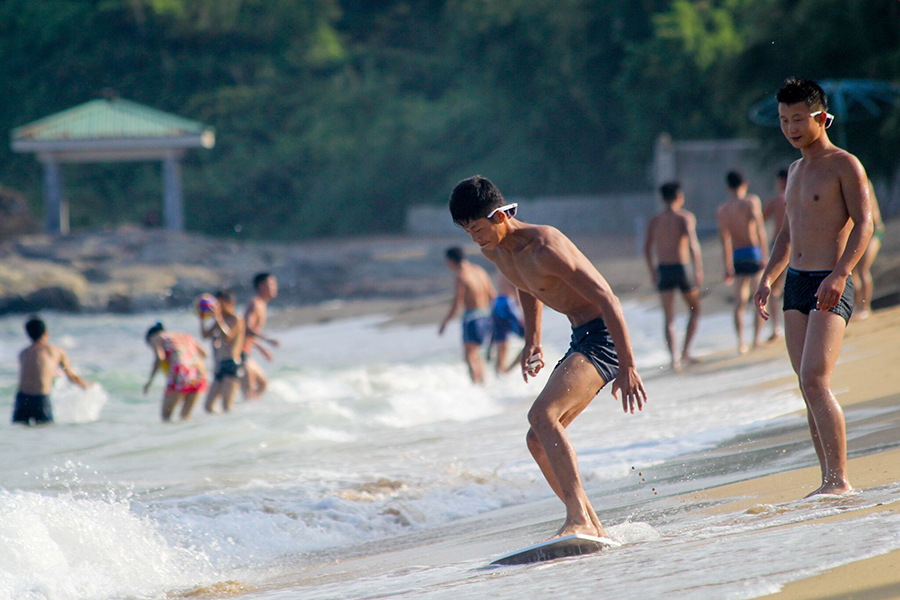 Do you think people will start skimboarding in North Korea?
A. That is our ultimate goal. We were able to leave a couple of boards with the locals on this most recent trip and are hoping to do the same for next year. It’s all about planting seeds. Soon enough, with a little encouragement and support from us, we hope to see a Korean “Bill Bryan” emerge!

Q. What was the interesting thing you saw in North Korea?
A. It was not so much a single most interesting thing, as the overall experience. Simply being immersed in a culture so closed off that it has not seen, heard or even imagined surfing and skimboarding blew my mind. That is a really hard concept for us in the western world to comprehend, but it is the reality there. But if I had to choose one interesting story it would be the time we went to their water park . We were invited to their newly built water park to perform a surf demo in the wave pool. We would catch a wave and the crowd would go crazy! Large crowds began to form around us and in the pool to see what was happening. It was the first time they had ever laid eyes on something like that. We eventually got the chance to push people on some waves and to share the stoke. It’s amazing how a sport like surfing can unite people and bring so much joy along with it. 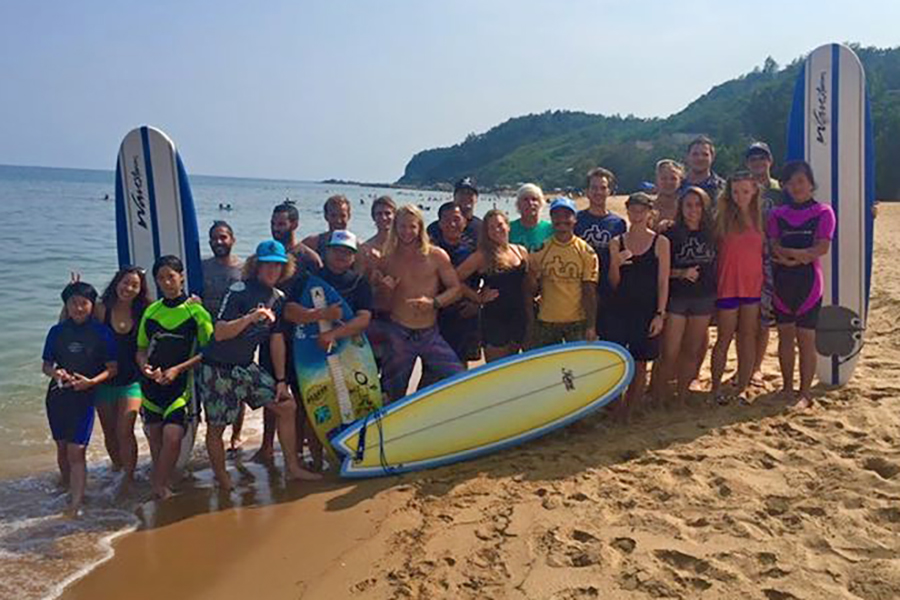 Q. Anything else you want to add?
A. It was an incredible privilege to take part on this international trip. The friendships made and amazing skim experiences spur us on to work even harder with our local projects. I wholeheartedly recommend anyone looking for a new surfing adventure to check out Surfing The Nations website www.surfingthenations.com. Or you could help fund our local projects and encourage future generations of surfers right here in Hawaii. Mahalo!