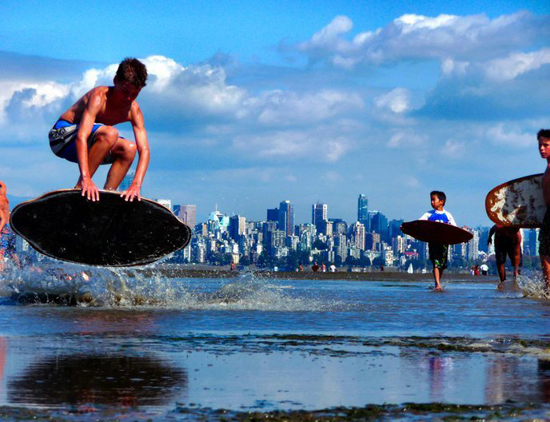 Where are you from?
Vancouver B.C.

How long have you been skimming?
About 4 or 5 years

Where do you skim normally?
Spanish Banks

Who do you skim with?
All the guys on Sessions Skim Krew and my buddy Tom who I skim with the most . 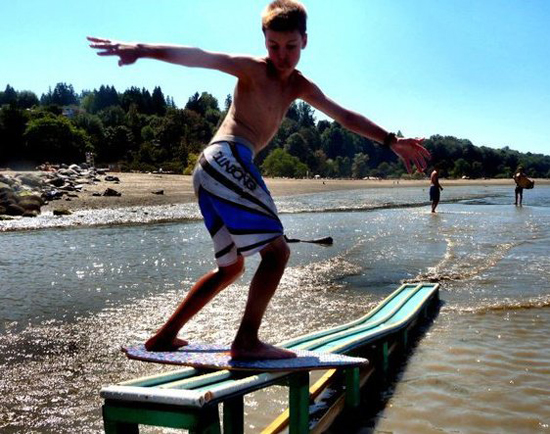 What is your favorite skim spot?
I’ve only really skimmed Spanish Banks so I guess It’s my favorite place

Where have you traveled to skimboard?
Tofino and a few places down in the U.S. but nothing compares to the smooth banks at Spanish Banks!

Where do you want to travel to skim?
The Philippines sound pretty sick, I just recently watched a video of Lynch and Dane Clark that was filmed there.

What board(s) do you ride?
I ride a Kayotics with traction.

Do you compete?
Not yet I was thinking about it. I’ll be competing next year for sure.

What other board sports do you partake in?
Skateboarding and snowboarding

What skimboarding goals do you have?
Hopefully win some competitions down the road and just try to raise the level of flatland skimboarding

Where do you see the skimboarding going in the future?
I think most of the mainstream tricks will be different but I still see it as not getting to serious or crazy like all the hype in skateboarding and snowboarding. 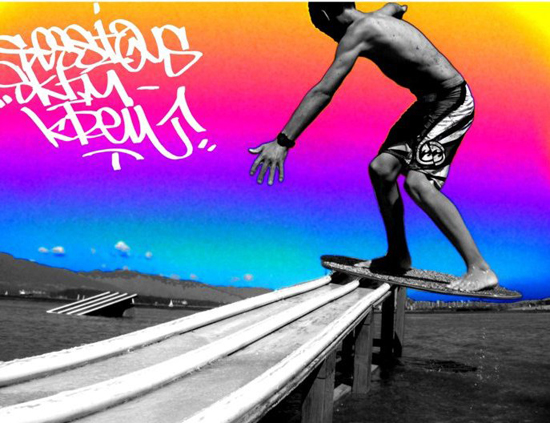 What riders influenced your skimboarding?
Most of the guys on Kayotics, also Tim Ladner and Kyle Lynch

What riders are pushing the sport right now?
Lot’s of young guns like Logan Davidson and all of the rippers on Kayotics.

If you were stranded on a desert island that already has a plentiful resource of skimboards what three things would you bring?
Music, a barbecue and lot’s of good food.

What is your favorite skimboarding trick?
Bigspins are dope.

Last words? Shout outs?
I’d like to give a shout out to ssk and Kayotics.