Here is a Q&A with Jeff Zamluk skim event organizer and owner of Zed Skimboards a few questions about the first stop of the 2010 Northwest Skim Tour Whitty’s Lagoon.

How did you start the event at Whitty’s Lagoon?
Zed Skimboards started the Island Skim Session’s in 1998 at our home beach, Saratoga Beach. Once we moved Zed Quarters to Victoria we decided to add a Whitty’s Lagoon series stop. This beach is home to come of the best riding conditions in the PNW, and the beach we test and ride most of our new product on. Now the Island Skim Session series just two stops, a chill one at Saratoga Beach and the more competitive one at Whitty’s Lagoon.

How long has the event at Whitty’s Lagoon been going on for?
Whitty’s Lagoon has been hosting events for 5-6 years but it’s been part of the Island Skim Session Series for two. Now we’re pretty excited it’s also part of the North West Skim Tour.

What makes this location good for a contest?
The way Whitty’s is set up makes it perfect for flat ground skimming. It’s located on Vancouver Island in a suburb of Victoria called Metchosin (about 1/2 hour away from down town). It’s squished between the Cascade Mountains in the USA and the Beaufort Mountain range on Vancouver Island. This makes the sand very firm and fine, while the huge bay traps the tide pools and sand in. This make the skim conditions very consistent, the sand and pools don’t shift much year to year. For those skimmers that are used to the nicer things in life there’s also a grassy knoll overlooking the beach, porcelain thrones (the flush), and for the injured skimmers, only 5 min walk from parking.

How many riders and spectators usually show up at the contest?
The Island Skim Session is much like skimboarding in general and is getting larger and larger every year. Our Saratoga stop last year saw about 400 spectators and maybe 100 riders, while the Whitty’s stop had about 40 riders and 150 spectators. We’re hoping to double the numbers this year.

What types of features can riders expect to see this summer?
All of our features will be built from scratch this year and will be developed by our team riders and the general input from people like you. If you have any ideas, sketches, or thoughts don’t hesitate to drop us a line skimmin@zedskimboards.com. You never know we just might build it! As with every previous contest we’ll be donating our obstacles to the local skim community to use.

Witty’s Lagoon is going down on June 18th, 2011 on Vancouver Island, British Columbia.

You can find more information about this event and other Northwest Skim Tour events at NWSTour.com and the Facebook event page. 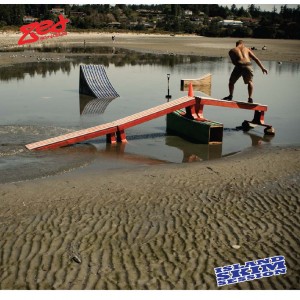