A new skimboarding movie has recently hit the scene and the response has been great! Project Hawaii: My Movie is produced and directed by Keiao Gucwa-Bucasas. Most of you know Keiao as the first UST Women’s Champ, crowned last year in 2013.

Keiao is from Hawaii and has been skimboarding going on eight years now. Besides being sponsored by Exile Skimboards and having her own pro model board, Keiao is also sponsored by WooF Wetsuits and Let’s Party Traction.

Aaron Peluso and his wife were amongst the crowd at the Laguna Beach premiere and is quoted with saying, “Keiao’s performance in her segment was ground breaking for women’s skimboarding.”

Once the DVD arrived in my mailbox, I eagerly ripped off the packaging and popped Project Hawaii: My Movie into the DVD player. I quickly settled into the next hour being completely entertained. The music throughout is upbeat and adds to the ever-growing stoke as each new rider appears.

There is also five extra segments included for our viewing pleasure, a few of my favorites are Moshi Moshi Aloha and Funhouse Flipbook. I was especially proud of Keiao’s part and knew I had to interview her for more details.

Q: What inspired you to make a skimboarding movie?

A: I love documenting things that I do in life whether it’s through pictures or video. Skimboarding has become such a big part of my life and I had to document it somehow. The skim scene throughout Hawaii is very small and I felt like this was a way that I would be able to share it with people.

Q: Hawaii is gorgeous so thank you for sharing some of its beauty with us. Which specific locations make up the film?

A: This movie was shot entirely on the island of Oahu in Hawaii. There are numerous locations that we shot at ranging from the popular beach breaks like Sandy Beach, Waimea Bay, Yokohama bay to the other adventurous breaks like Nanakuli, Green Lanterns and Ke’ikis. (All the breaks are listed in the credits.)

Q: Perfect, tell us a bit about each of the riders you showcase. 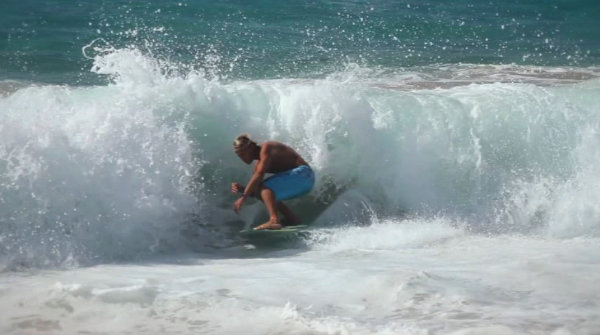 Alejandro Lopez is from the Virgin Islands. He’s a real chill guy and he has been coming out to Hawaii for the past three years to visit. So I’ve been lucky to be able to hang out with him. 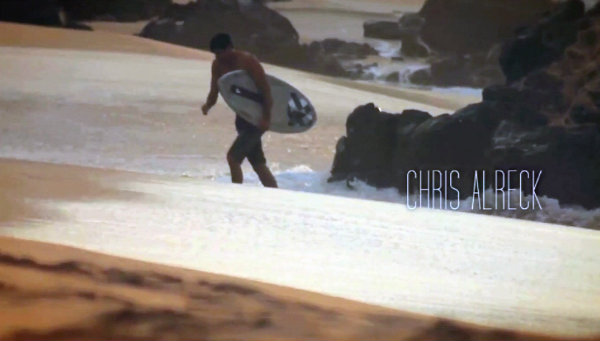 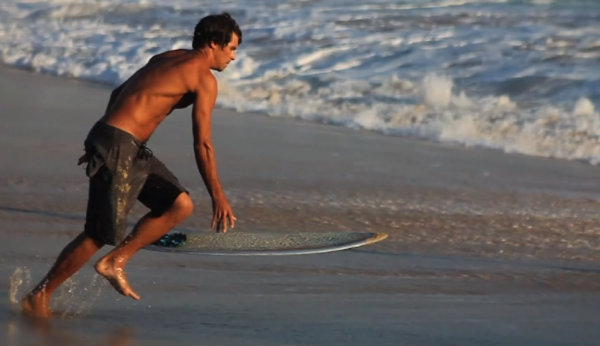 Chris Alreck is from Santa Cruz and he was in Hawaii for college. He’s a really friendly guy and he would always be down to make the trek when a swell rolled in. 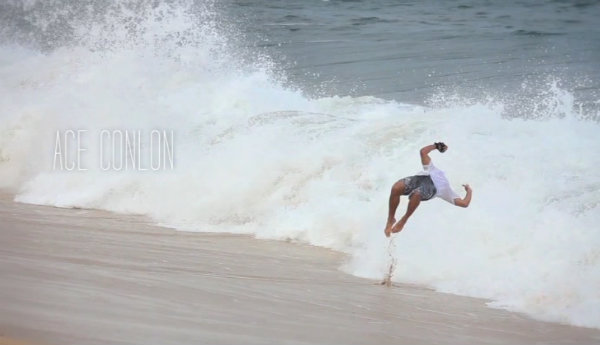 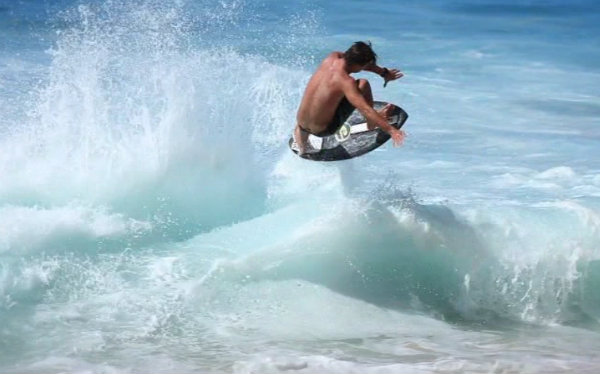 Ace Conlon is from the island of Kauai. He’s one of the more technical riders throughout the movie. You can tell that his skim style is influenced by his skating and surfing. 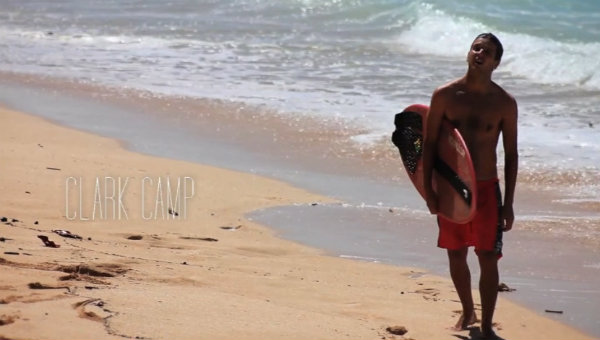 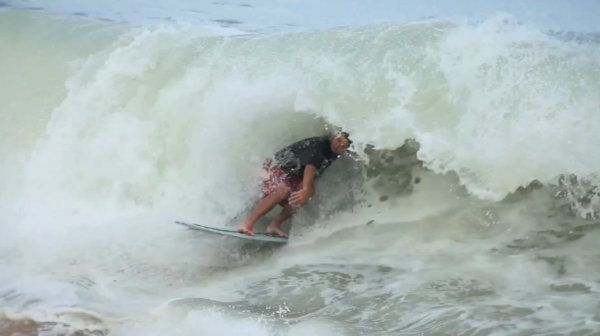 Clark Camp is out of Maui but had been living on Oahu for quite some time. He’s been skimming for a while now and when he’s out in the lineup you can definitely expect a few good laughs. 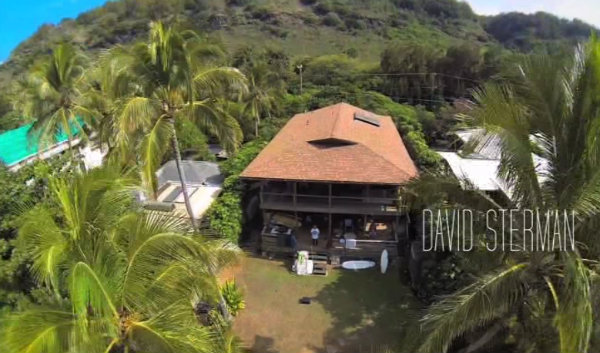 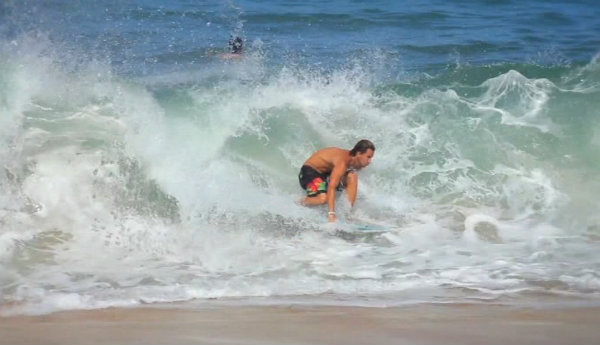 David Sterman is another local boy from the North Shore of Oahu. His drive to skim is pretty much what kept me motivated to finish this movie.

Q: I quite enjoyed your part in the movie. What were your feelings around including yourself?

A: I felt a little uncomfortable adding a section in there of myself. I feel like it wasn’t what I really wanted. I was actually really close to not adding my section to the movie. It’s hard because I’m the cameraman. It’s difficult to get people to shoot. Once I do find someone to shoot it’s difficult to get them to shoot me in the way I would want to do it. It’s just that feeling of never being content or that search for perfection that you’ll never get. Adding my section to the movie made the length of it what I felt to be perfect and that is probably why that segment is in there today haha.

Q: Well then, on behalf of all female riders in the sport, we thank you for including your segment! What was it like for you to finish the movie?

A: Finishing this movie was such a bittersweet thing. We did the first premiere in my driveway and we projected the movie up onto the freeway wall. It was so good to see it up there. I was so relieved and content with how it all came out. At the same time it was sad because everyone in the movie had actually moved away minus Chris who was currently in the process of moving back to Santa Cruz. In a sense I felt like it was closing a chapter on these select few of skimmers who have been a part of the Hawaii’s skim and I’ll miss them.

Q: I can empathize with your feelings and think it is great you now have a piece of Hawaii’s skim family documented in such an incredible way. Tell us about your company, Keiao LLC, as well as some of your future projects.

A: Keiao LLC is my own business and it’s pretty much alive to help me fund a hobby of mine. I graduated college with a BA in Communication. I wanted to be a video editor and for a while that’s what I was doing until another job opportunity came up which allowed me to travel and still be flexible with my time. Majority of the work I do comes from custom animated slideshows. I still shoot and edit videos as well. So the money that Keiao LLC makes goes back into the equipment I use for the business. As far as future projects go, I have a couple in mind that do involve skimboarding. I’m hoping things pan out and Keiao LLC can sponsor more skim projects.

Q: I was hoping to hear this so I wish you good luck with these endeavors. How can someone go about purchasing your movie?

A: Project Hawaii: My Movie is in a few skim shops right now. Exile Skimboards on the west coast, Alley Oop on the east coast and if you’re out in Japan hit up KaKaPan Skimshop. Feel free to hit up David Sterman or myself if you don’t live near any of these shops. 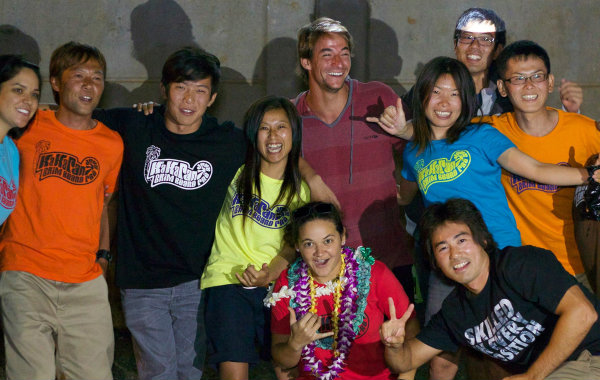 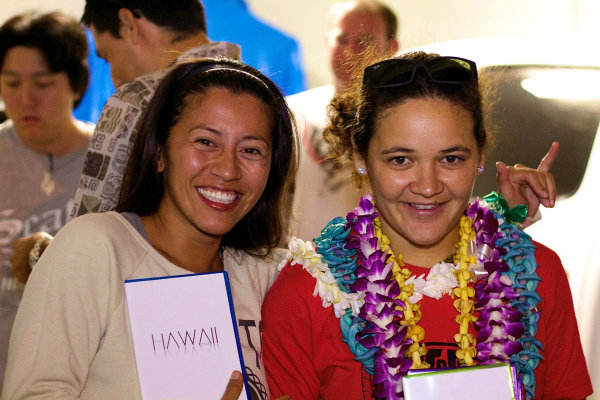 Good friend Jasmine Joy with Keiao at a premiere. Photo by Jose Corpus

Jasmine Joy – “It took Keiao over four years to capture some of our best skimboarders riding the gnarliest waves Hawaii has to offer. Her talent as a videographer runs parallel with her skills in the tube. Watching her movie is so invigorating because I understand all the energy and passion she put into this project. If you don’t own a copy… Get one now!” 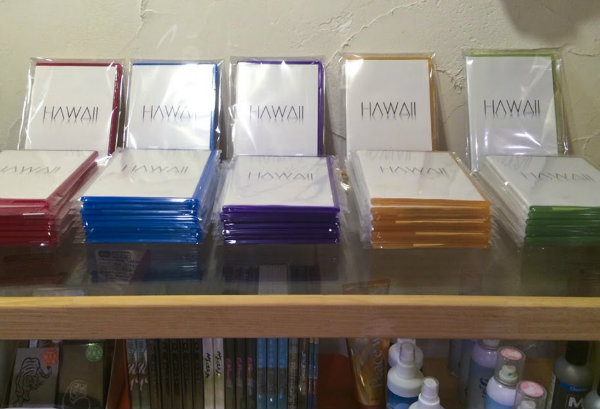