In an effort to get more skimboards stoked on skimboarding and improving their skim skills we are doing a series of features groms. This week we are featuring Noah Woodin and Mikhail Hanning from the Sunshine Coast in British Columbia, Canada.

The two 13-year old skim boarders have been skim boarding for four years and often skim at Roberts Creek and Savory Island. When we go skimboarding “it’s mostly the two of us skimming together but Aidan, Lucas, Aman and Nile will come down sometimes,” Noah said.

Their favorite skim spots are White Rock and Spanish Banks in BC and they travel into Vancouver to skim every once in awhile. They also want to try skim boarding some of the rivers and creeks in the United States. The skim duo would also love to meet Isaac Thomas, Scott Bishop and the Goon Skim Crew.

“I see it as a progressing sport that has as growing population in riders,” Noah said and we are stoked to see another generation of skimboarders coming up and working on their skills. 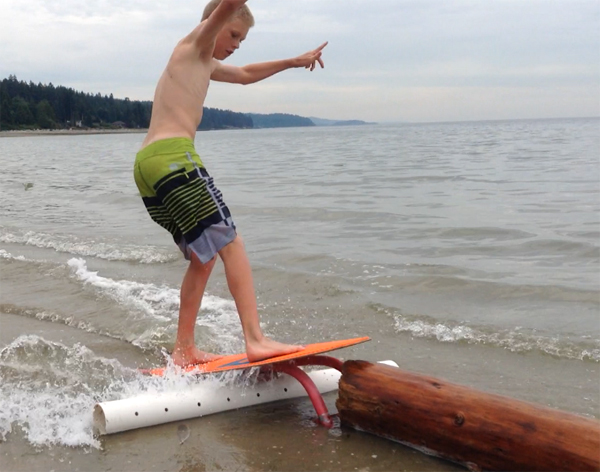