The 2014 United Skim Tour (UST) season is underway. The first stage has been successfully concluded in the warm sands of Sununga.

The level of riding, wave quality, and atmosphere could not have been much better. Skimboarding is definitely growing, and organization plays an important role in the process.

Leandro Azevedo, a local star, and Blair Conklin, from sunshine California, battled it out, catching in and out barrel after barrel in the final.

The scores were close with Leandro edging out Blair to take the win at his local beach. The Brazilian rider posted a perfect 10 wave during competition.

The 2014 United Skim Tour will now travel to Cabo San Lucas, Mexico, for the Cabo Clasico.

More photos (like the one below) and words from Sununga day 1 and 2 at SkimOnline.com here. 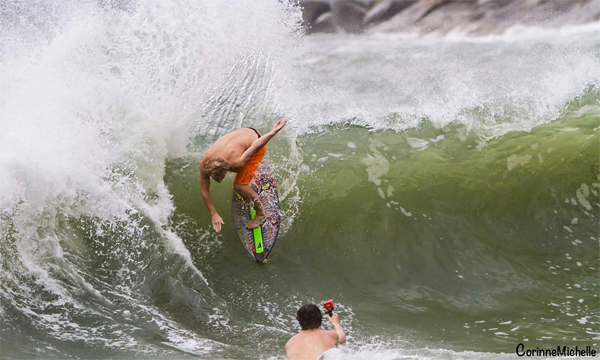 And make sure to become a fan of the United Skim Tour on Facebook for more news and media.